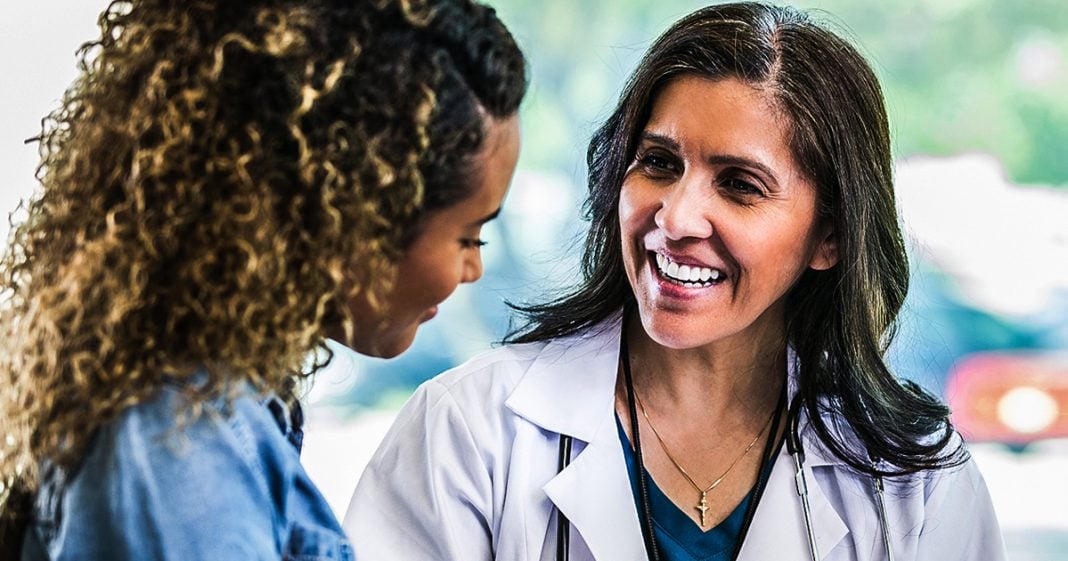 One of the most prominent themes amongst the anti-Medicare For All crowd is that people actually like their insurance companies and plans. But according to a new poll, people couldn’t care less about their plans and companies, they only like their actual doctors. And as long as they get to keep their doctor, they support Medicare For All. Ring of Fire’s Farron Cousins discusses this.

Earlier this week, a morning consult and Politico poll was released showing that despite what we’re hearing from the anti-Medicare for all crowd, most Americans actually don’t like their health insurance companies. They don’t like their health insurance plans, but what they do like are their doctors. 55% of people in this country said they would absolutely support a medicare for all plan as long as they were able to keep their doctor. Even if the Medicare for all plan eventually phased out private insurance altogether, hell, as long as they keep their doctor. And majority of people in this country say, yeah, I’m fine with that. But again, this goes against that talking point. We’ve repeatedly heard from Republicans and sums corporate Democrats like, Oh, people love their insurance plans. And my question to that is who are these psychopaths that like their insurance plans? Honestly think about it, folks I have had lots of conversations with with with coworkers, but people that work in this building just randomly about health insurance.

And I have those conversations with them because I overhear them complaining about how horrible their insurance is. When was the last time you ever spoke to another human being and they said, man, my insurance plan is kick ass. If you’ve heard anybody say that, I guarantee you was more than 10 years ago because insurance has been getting crappier and crappier every single year covering less and costing more. I have a very pricey insurance plan and it sucks like it is absolute garbage and I hope my HR department is not watching this. I’m sorry, but it is, people don’t like their private health insurance. Anybody who’s ever had to call the insurance company to try to get them to cover something because either the doctor’s office classified it wrong or the insurance company’s trying to classify it wrong. Perfect example. If you go in for a well visit, most insurance plans cover one of those free every year, no cost at all, but then suddenly you get a bill in the mail for $200 technically, the one I just got was $179 even though it was a well visit. So I had to spend well over an hour on the phone with the insurance company, only for them to tell me that my doctor’s office needs to refile it as a well visit, even though they already did that. Insurance companies suck. Doctors are great at a majority of people in this country agree with that statement, and they don’t mind watching the insurance industry die a slow and painful death because that is exactly what they’re causing to happen to hundreds of thousands of people in this country who are being priced out of medical care.