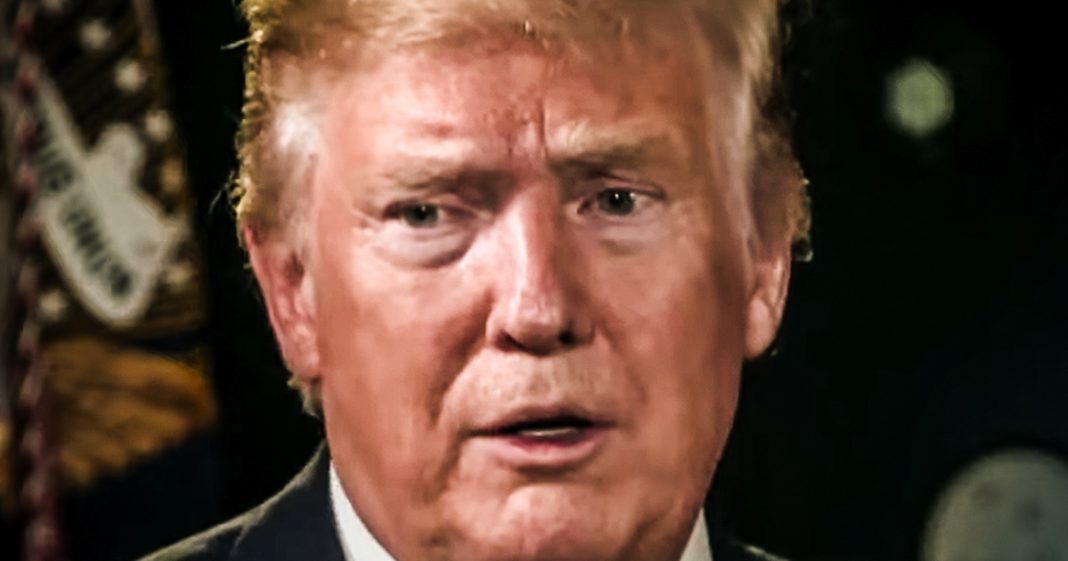 According to a new poll, a huge majority of Americans now believe that they have been lied to about receiving the Republican tax cuts that we keep being told are making our lives better. The trickle down economics myth has finally been exposed to enough people for them to understand that the wealthy aren’t going to share their fortunes, and this presents a massive problem for Trump’s reelection. Ring of Fire’s Farron Cousins discusses this.

The latest round of polling data has some really bad news for both Donald Trump and any republican seeking a national office in 2020 but it’s not approval ratings. It’s not head to head match ups. The latest polling data shows that the vast majority of American citizens believe that Trump and the republicans were rallying to them about receiving a tax cut under the 2017 tax cut package. The numbers are startling here. Only 17% of Americans say they believe they got a tax cut. Only 17% 17% say, yeah, we’ve got our tax cut, we saw it. 33% say they actually saw their taxes in crease. Everybody else says, yeah, we didn’t get a tax cut at all. We’re basically paying the same.

Those numbers matter. And in fact, they actually matter more for the, uh, Republicans down the ballot than they do for Donald Trump. After all. Donald Trump. Yes, he went out there. He promoted this tax cut package. He sold us the trickle down lie, but it was Mitch McConnell and Paul Ryan. Obviously they were the real architects of this. And though Paul Ryan May not be running right now, Mitch McConnell is Lindsey Graham is countless other Republicans whose jobs might be in jeopardy. They’re still running as well, and they’re the ones who sold us this garbage that most Americans now understand. Hold up. I was lied to by the Republican Party about what this tax cut package would do. Wait, the American taxpayers, not the top 1%. We were promised a reduction of between four and $9,000 that is what Donald Trump told us we would each be receiving in tax breaks between 4,000 and $9,000 a year and 33% of working class people in this country actually saw their taxes go up. Meanwhile, the wealthy elite get to write off the cost of a new private jet if they make enough money.

We lost some of our tax deductions. Teachers can’t even write off the full cost of their supplies anymore. I think they can only get $200 now, even though the average teacher spends about five to $600 per year on buying their own supplies. But that’s the way the Republicans designed it. And here’s the thing, we’ve got a big election with a lot at stake coming up in a little under a year and a half now Republicans are going to run on the tax cuts. Republicans are going to run on the economy and none of that is going to work well for them because this economy though most people do classify it as good. They also understand that it’s not working for them in particular. You know, you look around, yeah, things seem like they’re great. But when you start to individualize it, when every single person starts to look at their own paycheck and their own financial status in the debt they hold, suddenly things don’t look so good.

And in fact, the reason things look good on the whole is because you also have to factor in the wealthy elite. And they make so damn much money that when you start to average that with all the crap wages, the rest of us get paid, then suddenly it looks like everybody is doing well. But that’s not how it works. And that’s why economists continue to warn us that we’re headed towards a recession. And that is why running on the economy is going to be an absolute disaster for the Republican party because the vast majority of people in this country understand that they’re getting screwed, and the Republicans are the ones screwing them.