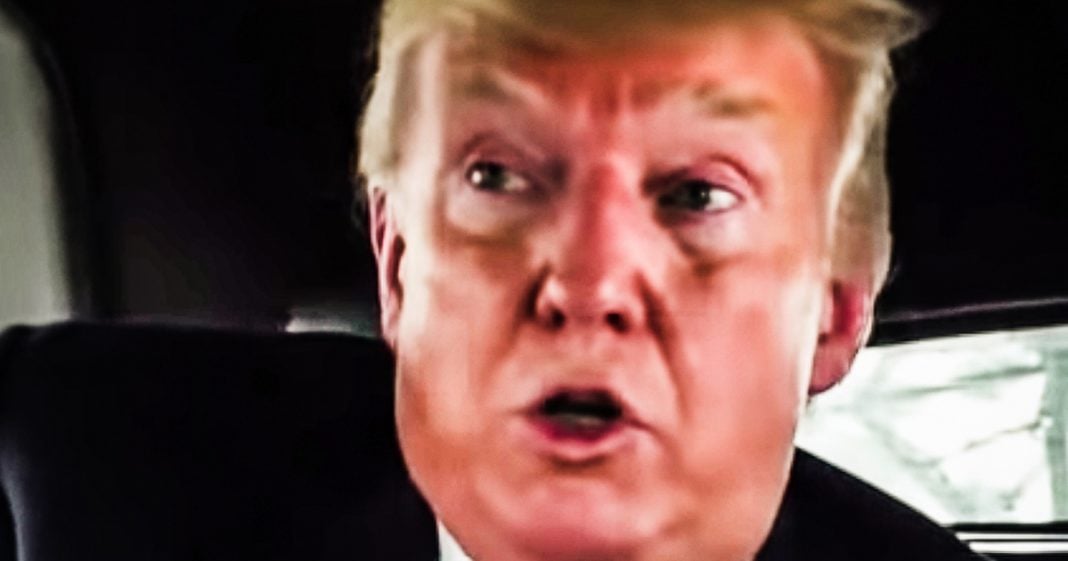 A federal judge this week struck down the Trump administration’s rule saying that asylum seekers coming into this country can be detained indefinitely. This is the same battle that this country went through during the Bush years, and Trump suffered the same legal defeat that W was privy to. This administration is cruel and callous, and right now the courts are the only ones able to stand up to him. Ring of Fire’s Farron Cousins discusses this.

The Trump administration suffered a major legal blow in court this week when a federal judge ruled that William Barr’s new rule, saying that asylum seekers can be detained indefinitely in this country was in fact illegal. And that practice immediately must stop. Little backstory here, William Barr Attorney General, not that long ago, issued a new rule that said, hey, guess what? We don’t have to give asylum seekers bond hearings immediately to let them out of these detention facilities. You can go ahead and lock them up in these horrid conditions that we’re now aware of for as long as you want. Maybe we’ll get around to it in a month or two, couple of weeks, whatever, see if we can get them a bond hearing, but until then just lock them the hell away so we don’t even have to think about them. Well, district judge Marsha Pechman actually said, yeah, that that’s not how it works and this is what she said in her ruling year.

She said it is the finding of this court that it is unconstitutional to deny these class members a bond hearing while they await a final determination of their asylum request. So not only were they just keeping people indefinitely and postponing bond hearings, but many people were just straight up being denied bond hearings. Seeking asylum is not illegal. That is not a crime. And once these people cross over into the United States, guess what? Republicans, they’re protected by the United States Constitution citizen or not. That’s a fact. You may not like it, but that’s actually what the constitution calls for. So if you don’t like that, then clearly you have a problem with the constitution, don’t you republicans. But those people are protected. They’re protected by our laws, they’re protected by our courts and they’re supposed to be being protected by customs and Border Patrol agents and law enforcement officers.

But we’ve obviously learned recently that that is nowhere near the case of what’s actually happening. But these courts right now, our only line of defense against this administration’s horrendous immigration policies and so far they’ve been losing left and right. They can’t come up with a cogent legal argument to save their lives. And that’s a good thing for now. But eventually with the way Trump has been packing the courts, eventually these cases are going to go to judges that he put on the bench, judges that don’t care about humanity or the humanitarian crisis that we created, that this administration created. There’s only so much that Congress can do right now, but the courts are holding so much power and they are doing everything in their power to stop what is happening down there. But that’s why these lower courts matter. That’s why this is such a big deal.

And that’s why Democrats have to broaden their focus beyond just the supreme court. Because so many of these wonderful judges who have heard these immigration cases have ruled against this administration and repeatedly said that you are violating the US Constitution. William Barr was just struck down in court, being told, the attorney general of the United States being told, you’re violating the constitution with your order, but William Barr doesn’t care. Donald Trump doesn’t care. Republicans don’t care. This is what they wanted. This is what they’re going to continue to do. So hopefully these cases stay in the hands of judges who understand what the constitution says, what it means, and more importantly, aren’t afraid to stand up to the horrible human beings that we have running this country today.