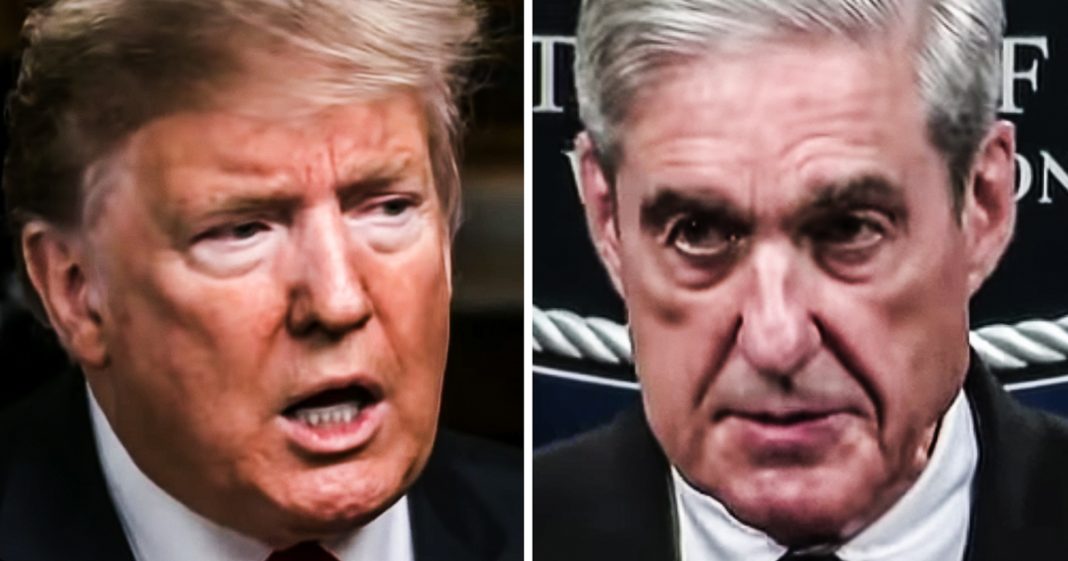 Robert Mueller is preparing to appear before the House Judiciary and Intelligence committees in two weeks, and Trump is already freaking out about what Mueller may tell them. In a Tweet on Tuesday, Trump begged Mueller to stick to only what is in the final Mueller Report, but it is unlikely that this will happen. There is still too much that the public doesn’t know, and the House is looking for hard answers. Ring of Fire’s Farron Cousins discusses this.

Well, we still have two weeks. And so Robert Mueller appears in front of the House Intelligence and Judiciary Committees to explain what exactly is in his final Mueller report. So two weeks out, and what we’re starting to see right now is the president of the United States, Donald Trump freaking the hell out on Tuesday. Donald Trump tweeted out the following, he said, Robert Mueller’s being asked to testify yet again, he hasn’t testified yet. Uh, he said he could only stick to the report and that is what he would and must do after so much testimony and total transparency, this witch hunt must now end. No more do overs. No collusion, no obstruction. The great hoax is dead. So say if Donald Trump, there’s several issues in here. First and foremost, you’re essentially begging Robert Mueller to not go off script. You know, if it’s in that report, great, you can say it, but anything else talking about maybe any of the evidence that you use to, to come to your conclusions, maybe going a little bit deeper into that obstruction of justice stuff.

No, you can’t. You promised. You said you’re only going to stick to what’s in there, so you can’t go any further than that. Now, in all fairness to our terrified President Robert Mueller did say, I might be able to talk about what’s in here. Yeah, just what’s in here. Maybe. So we’ll see. Right? We’ve got two weeks and it’s got to be a fun two weeks, right? We’re going to have a fun two weeks of watching the president every day become increasingly more and more scared. He doesn’t know what’s going to happen, but he’s going to continue trying to intimidate Robert Mueller, intimidate the people who are going to be asking questions and try to put the focus on his failed talking points, which is no collusion, no obstruction, great hoe a witch hunt a whatever the hell he’s saying. All of that crap is not true. Okay? But the big thing we do need to focus on, and I hope the Democrats will focus on for these hearings, is the obstruction of justice part.

How did Robert Mueller come to those determinations? How did he reach those conclusions? What evidence does he have on that? And does he believe that the intent was there? No intent, no obstruction. That’s the law. And if he can fill us in on that gap, then we can very easily make a legal case against the president right now. That’s it. That’s the evidence we would need is the intent. Robert Mueller had the actual evidence to come to those conclusions, so he is the one who would be most likely to be able to make that jump if it exists. And that is why this testimony is so important. I do not believe we’re going to get any additional information on the collusion part of it. And I believe at this point that might be a waste of time. But the obstruction of justice is very real. It is very prosecutable and it is very obvious to those of us who spent the time to go through and actually read the Mueller report. And that is why Donald Trump is freaking out so terribly badly right now.