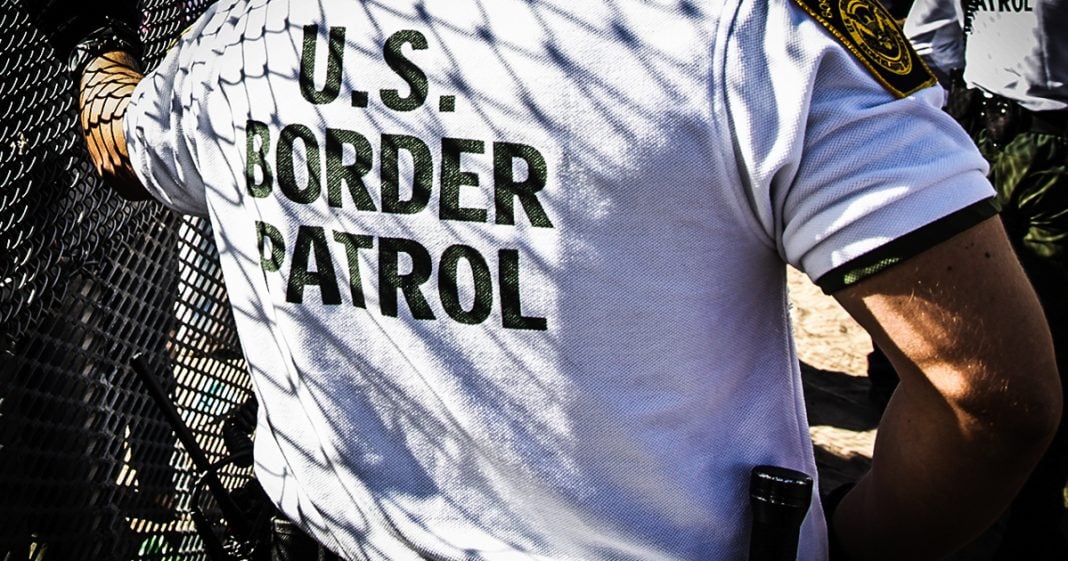 Trump’s Department of Homeland Security has admitted that the disgusting conditions at the detention facilities being used to house migrants are actually intentional. DHS believes that these horrid conditions are a “deterrent” that could help prevent more people from crossing our border. At what point do we say we’ve had enough? At what point will Congress focus on this issue and hold people accountable? Ring of Fire’s Farron Cousins discusses this.

So yesterday a congressional delegation headed down to the state of Texas to go take a look for themselves at some of these concentration camps where we are holding these migrants who enter this country seeking asylum. Uh, notably enough though, uh, Pelosi and Schumer weren’t there. They actually went on vacation instead. It was mostly the young leaders who traveled down there that people who have only been in Congress for about five months, they were the ones who took it upon themselves to travel down there. There were some people who’d been in there longer than that too, but the leadership was nowhere to be found. But what these members of Congress found was absolutely appalling.

People being told to drink from toilets and yes, I understand the debate over, well, it’s a prison toilet and it’s got the water part on the top and then the toilet on the bottom. But the water part wasn’t working and so may be a guard had told them they should drink from the toilet instead. If we’re squabbling about that, then yeah, we’ve already lost at that point. We’ve lost our dignity as a country. We have lost the respect of the rest of the world and we’ve lost a part of our humanity if we’re trying to argue over whether or not people are actually drinking from the toilets. The fact that it’s even a possibility is bad enough. But you know, it’s actually even worse than that is the fact that the Department of Homeland Security in a report that came out yesterday knew that these conditions were taking place along our border along with conditions. So much worse than even that.

And they actually admitted that this was the goal. They wanted these conditions to be hellish. They wanted to treat people like pieces of human garbage. Because according to this report, they thought it was going to be a deterrent. They thought maybe people in Mexico and Guatemala and Honduras and all over south and Central America, they wouldn’t want to come here if they knew that we were making them drink for the toy from the toilet. You know, they wouldn’t want to come here if we knew that, uh, if they knew that we were packing 155 people into a cell that could only actually hold 35 people, which is also mentioned in this report. By the way, here is exactly what this report says. Border Patrol recognizes that they have a humanitarian issue with detaining single adults for so long, but believe if they do not have a consequence delivery system, either prosecution or ice detention, the flow will increase. So they admitted right there in this department of Homeland Security report put together by their inspector general.

Part of the Trump administration admitted that, yeah, things suck down there and they suck because they’re supposed to suck because we don’t want other people coming here. And yes, we know that we’re only supposed to hold people for, you know, a few days, three days. I think some of them been there for 30 45 days, some even longer than that. But oh well if it makes more people not want to come here, then I guess we, we did it correctly. Right. Or at least that’s what DHS wants to say. So here’s my only question now, after all of the information we learned yesterday from people like AOC who went down there and saw the deplorable conditions, add that to what we see in this report with Department of Homeland Security, a border patrol agents admitting like, yeah, we do this. Then on top of that, take the ProPublica report that came out a day or two ago showing the disgusting social media messages, the personal messages of some of these border patrol agents and all of it together and then ask yourselves, what the hell are we waiting for? Where the hell are those democratic leaders right now? And yes, I know the answer cause I already gave you the answer there on vacation.

Something has to be done. This is part of the reason why we need those impeachment inquiries folks, because this has to stop and it has to stop immediately. You know? Yes, things were bad for immigrants and migrants under the Obama Administration. There is no question about that. Unfortunately, the Trump administration came along, cranked it up to 11 and made the conditions down here at the southern border. Roughly what you’d probably find down at Guantanamo Bay, and this has to change in, this has to stop and we have to have hearings. We have to have investigations, and it has to start right now, but unfortunately it can’t stop right now because the people who are supposed to be leading the Democratic Party decided they wanted to take a couple of days off for the 4th of July.