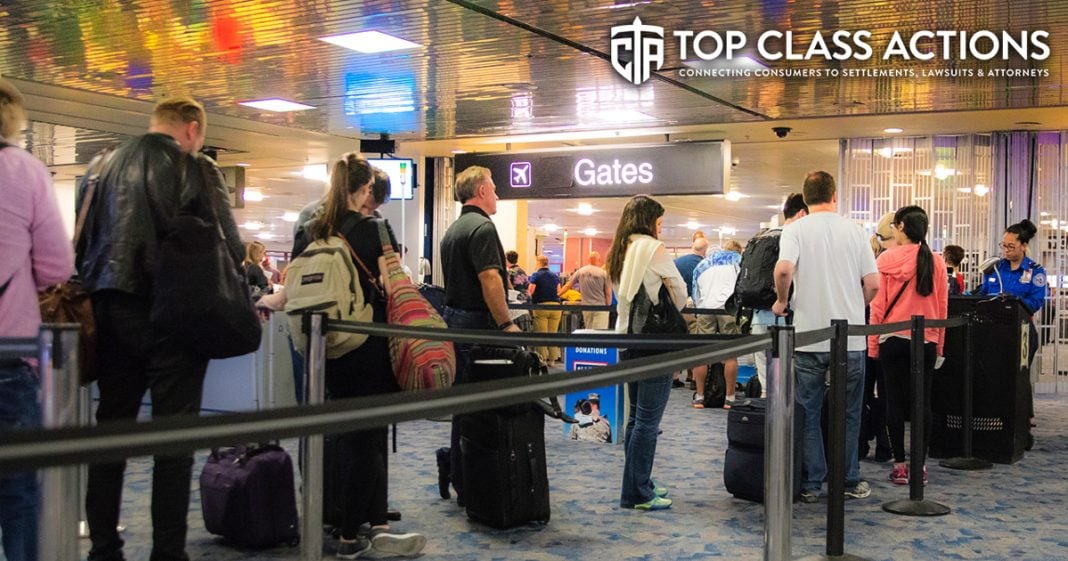 Passengers have lodged a class action lawsuit against Spirit Airlines alleging an offer by the company to “skip” the general security line in airports is merely a marketing ploy. Lead plaintiffs, Yarinell Román, Paul Roberts II, and Joaquin Rivera, allege in their class action lawsuit that they each purchased a “Shortcut Security” option from the notoriously tight-fisted Spirit Airlines for use at the Orlando Airport. Ring of Fire’s Farron Cousins discusses this with Scott Hardy from Top Class Actions.

Farron Cousins:                  Nobody actually enjoys going through airport security. All of us are always hoping, maybe we’ll get randomly selected for that TSA pre-check. Some of us have gone the distance of actually getting permanently TSA prechecked, but for the rest of us, we got to sit in that line. Not much we can do. Well, some airlines are actually offering, if you pay a little bit extra, you can go to a special security line, skip the big long one that takes 30, 45 minutes.

You get VIP treatment without having to be precheck or at least that’s what some airlines are claiming. And joining me now to talk about what’s really happening is Scott Hardy from Top Class Actions. Scott, sounds great on paper, right? $6 to skip the big horrible TSA line than go to this little VIP line, but it turns out VIP line doesn’t exist. Does it?

Scott Hardy:                          Right. Yeah. That, that’s, talk about shady. It’s just one of those practices that you see these different airlines and different businesses do. And you hope that it’s right because of course for these folks that just travel once or twice a year, they’re not going to sign up for global entry. They’re not going to go ahead and go through the hassle of going through precheck. And so they want to spend six bucks. Who wouldn’t? If I didn’t have TSA precheck then I absolutely would pay that six bucks.

But it turns out that you had some folks that did this in the Orlando airport trying to bypass the holiday lines and TSA literally laughed in their faces. They said, no, look, I went to the little kiosk and spent my extra six bucks a ticket, come on, let me go through the special line. At least like the first class line. There’s gotta be says, it says right here, a special line. Nope. They got laughed right into the general security line. Womp, womp.

Farron Cousins:                  And so specifically right now, there’s a class action lawsuit and this is saying Spirit Airlines, operating out of Orlando there, they’re the ones who were charging people $6. As you pointed out, when you check in, they say, hey, six bucks. You want to bypass that horrible line up there? It’s the holidays, you know, hey, it’s Orlando it’s a very crowded airport. Wouldn’t you like to just get to your gate, go grab some food and be done?

Well give us six bucks. We’re going to make that happen a lot sooner. But the, the lawsuit also says there’s more than 20 major airports are listed as doing this, not just the Orlando one. So Spirit’s basically been trying to do this, I guess most of the places where they operate here, huh?

Scott Hardy:                          Exactly. So you’ve got Spirit Airline that’s now all over the country. People do rely on it because it is one of the cheapest airlines out there to fly. But I’m surprised that we haven’t had any comments yet on this article. Usually, and I’m wondering if it’s just kinda been flying under the radar. I’m hoping that this could help shed a light on it. Usually, when we have something like this, we’re going to have thousands of people who in this case fly Spirit Airline and then say, what the heck?

I paid that six bucks. I didn’t have a special line. Spirit, where’s my money? I want my money back. And so far I think that once this one gets some momentum, we’re going to have a whole lot of upset people here that also got stucked into the alleged sham according to the class action.

Farron Cousins:                  Well, and this one seems pretty straightforward too, right? I mean they did pay $6 for something Spirit Airlines was offering. Turns out what you just paid for doesn’t actually exist because Spirit Airlines, any airline, let’s be, let’s be clear about that. There’s no airline that actually controls anything having to do with airport security. That is all run by the federal government, by TSA. Nothing that Delta does or Spirit Airlines or United or whoever it is out there, they cannot affect that TSA line whatsoever.

Spirit Airlines knows that and yet they were still trying to sell people this express lane for $6 a pop. And hey, yeah, if you rip off, you know, 10, 20,000 people, that $6 a person starts to look a lot like a lot of real money going straight into your pocket for not even providing a service.

Scott Hardy:                          Exactly and this is something that, you know, they probably are trying to negotiate it with different airports around the country and work with TSA to do it, but you have to wait until it’s rolled out and working. You know that there’s no excuse for this and every single person that paid that $6 should get that refund to them automatically regardless of a class action. Spirit Airlines should just go ahead and state, yes, we had this signed up or set up at the Orlando Airport.

It wasn’t done yet. Maybe. Hopefully, maybe that’s the case. We’ve automatically refunded to everybody who paid for it before it was rolled out. That would be wonderful. And if Spirit Airlines did that, please send us the press release. We want to report on it. We want to let our viewers know.