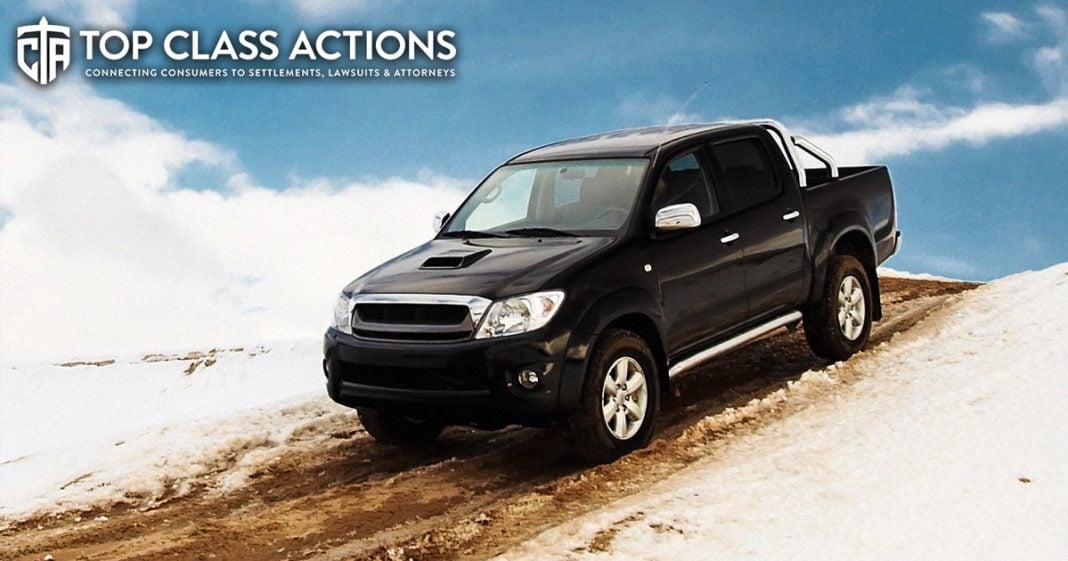 Ford Motor Co. is being investigated by the U.S. Department of Justice because it adopted a flawed approach to simulate tire friction and aerodynamic drag and how that can affect fuel economy. By adopting this flawed approach, the affected Ford vehicles are not as fuel efficient as promised. Ford has submitted a testing plan to the government regulators and the first vehicle Ford is testing is the 2019 Ford Ranger. Ring of Fire’s Farron Cousins discusses this with Scott Hardy from Top Class Actions.

So that’s why anytime you go to a car dealership, new or used, you see right there in the window on the sticker, it’s going to tell you how many miles per gallon you can expect from that vehicle. And we take them at their word, right? I mean, they would have no reason to lie to us about something like that would they, Scott Hardy from Top Class Actions? Why on earth would any vehicle manufacturer want to lie about their fuel economy?

Scott Hardy:                          It’s not like us as the average consumers care about what our gas mileage is. Gas is cheap. We can just buy as much of it as we want. It will be around forever. Why does that matter? Oh yeah, that’s right. Gas is expensive, it’s a finite resource and it’s going away. So we have these companies that are outright lying. We’ve, we, you know, we’ve already had multiple auto manufacturers that have pled guilty in criminal courts to falsifying these documents, changing how they’re actually trying to come up with gas mileage and other efficiency numbers.

And what happened is back in February, Ford filed the documents saying, oh yeah, we’re investigating concerns that some our employees have said about how we’re testing our vehicles. Don’t worry, everything’s fine. Well in April the federal government came out and said, well, we’re actually investigating criminal proceedings against Ford for how they are coming up with their emissions and fuel efficiency ratings.

And so you’ve got some major things that are specifically with some of Ford’s top sellers. Their F-150 and their Ford Ranger trucks. And if you bought a 2019 F-150 or you bought a 2019 Ford Ranger truck, you may very well be impacted by these investigations and we want to hear from you. So it’s, it’s really getting into a deeper issue as to how they’re compiling these numbers and really, you know, what are the benefits?

Of course just lying about the fuel efficiency. I understand that because people want to think they’re getting a better, better gas mileage on their car. But what would drive Ford and its leadership to change how they’re actually testing these vehicles, falsifying it and possibly leaving them, leaving them in violation of federal law. That’s very concerning.

Farron Cousins:                  You know, it’s going to be interesting this particular case because, you know, you’ve got a lot of science in this and unfortunately it’s the really harder to understand science. You got physics involved here. And what’s being alleged is that Ford, when they did their, you know, gas mileage testing to see how good their vehicles did, they change things up enough to where there wasn’t as much friction between the tires and whatever surface it is they were testing on. Which obviously less friction, better gas mileage. They, they, you know, altered the aerodynamics a little bit or changed the math on that.

So yes, that’s going to make it look better. But in real world conditions, these vehicles would not ever be able to get the fuel mileage that Ford is advertising that they’re going to get. That’s going to be a big problem. And to be honest, I’m not going to be surprised if as usual we see other auto manufacturers like ah, we, we did the same thing. Oh no. So yeah, I mean I think this is one that, like a cancer within the auto industry, is probably going to spread here because they all typically seem to share not just the same parts in most cases, but they also seem to share a lot of the same tactics as well.

Farron Cousins:                  Yeah, if you’re doing nothing but driving downhill on a smooth surface with no traffic and stoplights, you’re going to get phenomenal fuel mileage. Unfortunately, that’s not how driving actually works in the real world. If you purchased one of these vehicles, or even if you feel like your vehicle is not even getting close to the fuel mileage that was advertised when you bought it, please follow the link in the description of this video, find out more in the, about this investigation.

And of course, while you’re there, please sign up for the weekly Top Class Action newsletter, one of the absolute best resources available for American consumers. Scott Hardy, Top Class Actions. Thank you very much for joining me today.