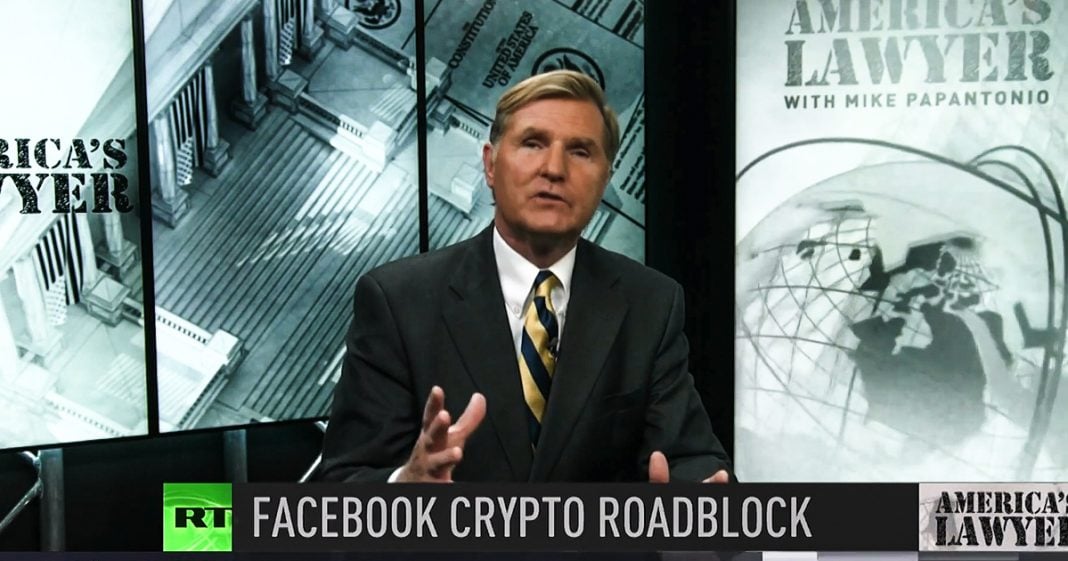 Via America’s Lawyer: Less than 24 hours after it was revealed that Facebook CEO, Mark Zuckerberg, was creating a new cryptocurrency called Libra, members of Congress immediately began calling for hearings on the issue. Mike Papantonio explains more.

And finally tonight, some good news. Less than 24 hours after it was revealed that Facebook CEO, Mark Zuckerberg, was creating a new cryptocurrency called Libra, members of Congress immediately began calling for hearings on the issue. You think it might be time? Yeah. Zuckerberg has been reaching out to banks and other companies to fund his new project asking for $10 million a piece to become part of it, and his plan is to create a new currency that’s going to be accepted around the globe according to Zuckerberg. He is way out there on this, but finally, people are paying attention.

Needless to say, Congress isn’t excited about the idea of Mark Zuckerberg and Facebook controlling global currency and they want to put the brakes on this plan before it even gets rolling. Facebook’s power needs to be broken down. It’s dangerous. It simply is dangerous. It doesn’t need to be built up, and if we allow them to create their own form of currency, you can kiss any hope of breaking up tech giants like Facebook goodbye. Hopefully Congress actually does their job here and prevents this from becoming a tragic, tragic reality in the big picture because it will snowball worse and worse and worse.

That’s all for tonight. Find us on Facebook @facebook.com/rtamericaslawyer, and follow us on Twitter @americaslawyer. You can watch all RT America programs and Direct TV channel 321 and stream them live at youtube.com/rtamerica. I’m Mike Papantonio and this is America’s Lawyer, where every week we tell you the stories that corporate media is ordered not to tell because their advertisers order them not to tell the stories. Have a great night.