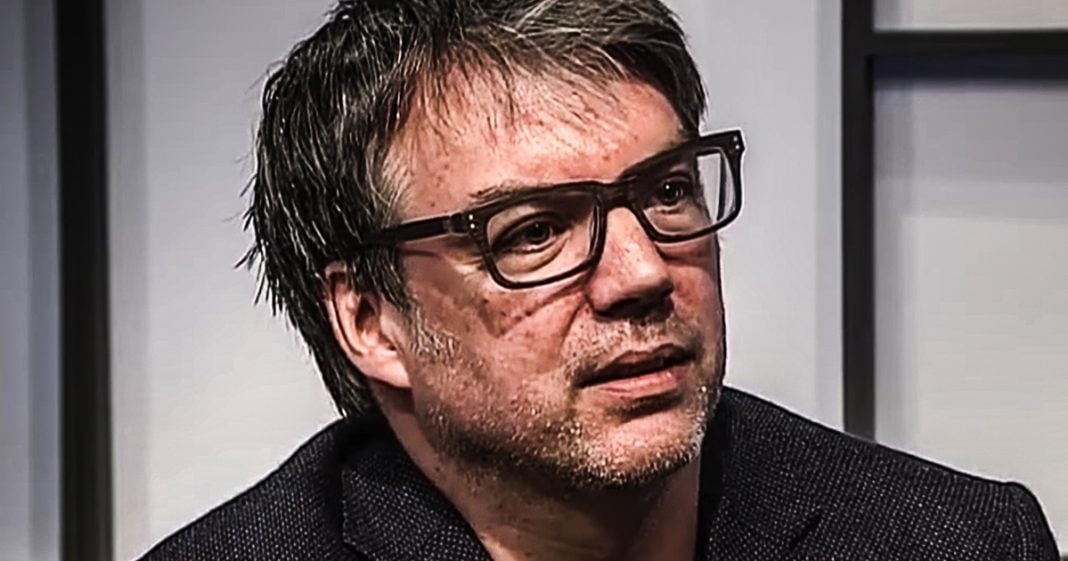 A Canadian cartoonist has been fired from a newspaper after a drawing of Trump golfing in the midst of dead migrants went viral online. This is the kind of thing that other journalists need to stand up to protect, as the cartoon was a spot on representation of the callousness of this entire administration. Ring of Fire’s Farron Cousins discusses this.

Last week, a photo went viral across the planet showing a father clutching his daughter drowned both of them in the Rio Grande, a river, uh, along the US border. They were from Guatemala. They had come to the US seeking asylum. They had traveled a thousand miles. They were denied asylum, so they were being held in a Mexican detention facility. They then got out, tried to cross the Rio Grande. Both of them drowned; the father and his, a young toddler daughter.

Few days after that, Canadian cartoonists, political cartoonist by the name of Michael De Adder drew a cartoon showing Donald Trump playing golf and coming across the father and daughter who drown in the river. This is the cartoon. So here you can see it. Trump saying, you know, do you mind if I play through because that is exactly what Trump’s attitude has been towards migrants. He doesn’t care. You know, you, I, I’m trying to be over here having a good time. I’m trying to play golf. I’m trying to have fun. I’m trying to meet people and seem important. But you migrants just kind of keep getting in my way. That’s the point of this cartoon, this cartoon, much like the original photograph went viral on social media, thousands upon thousands of shares on Facebook and Twitter, and immediately following the virality of that cartoon, Mr. De Adder was fired from multiple different newspapers who had been running his cartoons.

He was let go. They didn’t like it according to him, one of the taboo issues that he was not allowed to draw about, and again, this is a Canadian political cartoonist writing for Canadian newspapers, but he wasn’t allowed to talk about Trump, wasn’t allowed to go after him because the corporations that own those newspapers that just canned him rely a lot on trade. Trump’s been really bad on trade. They don’t want to make fun of him and make it worse. They’ve got to walk a thin line, and so you cannot criticize this psychopath down there in the United States, but Mr. De Adder understood that this issue was too big to ignore Trump’s callousness and complete disregard for human life was too big to be ignored. Your financial interests be damned and he got fired for it.

And here’s my problem with this, aside from obviously him being fired, is where’s the rest of the news media on this? Were the actual real journalists out there? Why are they not calling for complete boycotts of these papers that got rid of him? Political cartoons are some of the most powerful tools in politics and have been for hundreds of years. You go to a high school right now, you look through any history textbook that talks about American history and you’re going to see political cartoons in there because they were powerful. It was a medium that could reach anyone, even those who couldn’t read, and that’s why they lived forever.

That’s why those are remembered in history textbooks. Instead of an article somebody wrote one time, political cartoonists have much more power than people think, and that’s why they got rid of Mr. De Adder. But that is also why other journalists throughout the world need to be standing up and demanding that this man get rehired or that another paper hires him. Maybe one that’s not going to fire him for talking bad about Donald Trump. But that’s what needs to happen. Cause it may not seem like it to most people, but these political cartoonists are in fact journalists and their work may be some of the most important, at least throughout the entire history of the United States, because it is the one medium that will survive for hundreds of years.