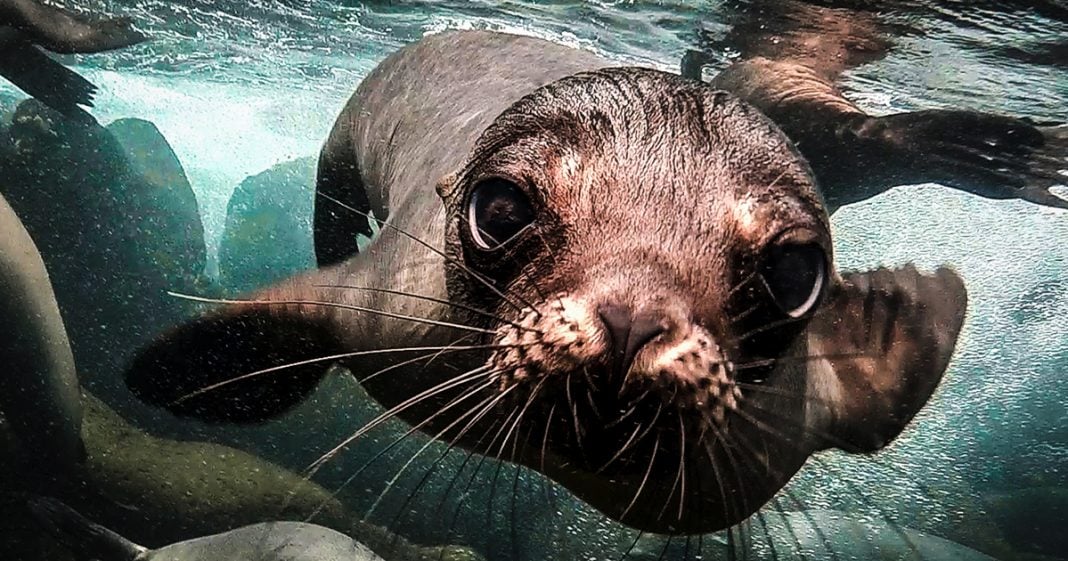 The US Department of Defense has repeatedly shown that they don’t care about the environment at all. They are one of the largest polluters on the planet and one of the largest consumers of fossil fuels. But their latest idea that is gaining traction is to pave parts of the protected Galapagos Islands to create a homebase for spy planes. Ring of Fire’s Farron Cousins explains what’s happening and how this could destroy one of the most ecologically diverse areas of the planet.

The United States military, the Department of Defense in general. It has always been a really, really horrible organization for the environment, not just here in the US, but really all over the world. I mean, they are one of the leading polluters on the planet. They are the largest consumer of fossil fuels here in the United States, and now they’re trying to just kick it up a notch. You know, they’ve said it’s not, it’s not bad enough that we’re burdening all the fossil fuel or that we’re poisoning communities with our, our toxic chemicals like PFOAs and PFASs, how about we pave over the Galapagos islands down there in Ecuador to create new landing strips for our spy planes. Now, that may seem like an article out of the onion, but in fact, that’s actually what the Pentagon has worked out. Now with the government of Ecuador who controls the Galapagos Islands, they have agreed to let the Pentagon go to the Galapagos Islands and expand airstrips, some of which already exist, and they’re going to build some new ones to accommodate some of these really massive military planes that constantly fly over the Pacific to spy on other countries.

These are spy planes, radar, satellite, all of that. We want to make sure nobody’s coming close to our country because we are just exceptionally paranoid as a nation and we don’t care what kind of environment we destroy, even if it is one of the most ecologically diverse on the planet, as we see in the Galapagos islands. Now, to mention the historical importance of that ecological diversity as we’re Darwin went and understood, started to begin to really understand evolution in those theories, but sharp Pentagon, go pave over it. Let’s have that be our base in the Pacific so you can spy on other countries. Destroying endangered species in order to spy on other human beings and other countries is pretty much exactly what you would expect from the United States. And again, I wish this was satire. I wish this was parody, but it’s not. This is actually what our federal government is moving towards now. Luckily, even though the leaders of the Ecuadorian government have said, yeah, sure, come on, pave over this. Watch over those big giant turtles. Um, the parliament down there in Ecuador has said, hold up. We’re, we’re not exactly okay with this. And they want to have hearings on it. They will. They want to talk about how this is going to destroy the environment in the Galapagos Islands. So there is a chance this plan by the Pentagon may get halted, but that is a slim chance.

And if it proceeds, this could be one of the most devastating environmental impacts that the United States military has ever had. Again, this would be destroying parts of the most ecologically diverse region on the planet. One of the few unspoiled areas on this planet. And the Pentagon wants to pave over it so they can have a new home for all their spy planes.