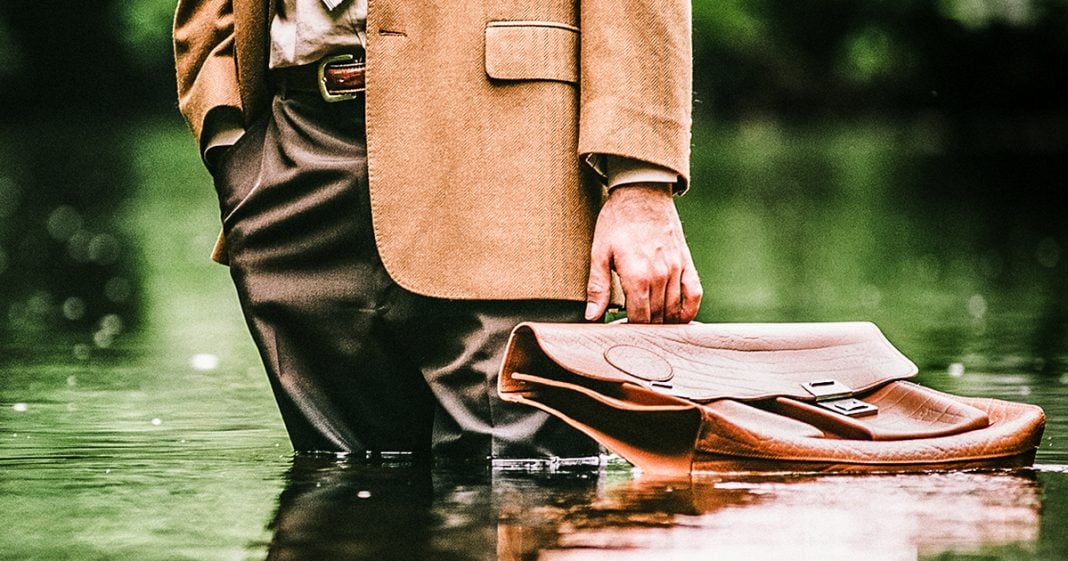 A new report has found that the US will need to spend $400 billion in the next two decades to combat moderate sea level rise, an amount that is nearly as high as the total cost of the US Interstate system. But that’s what happens when you continue to ignore a problem, and these costs are only expected to rise if we continue to do nothing. Ring of Fire’s Farron Cousins discusses this.

Last week a new report came out showing that the United States is going to have to spend roughly $400 billion in less than the next 20 years just to help mitigate the rising sea level that we can expect from climate change under even the most moderate estimates. Now think about everything I just said in that sentence, $400 billion we have less than 20 years and that’s based on the most moderate. You know if everything stays consistent with what it is right now estimates, but there’s actually very few people in the scientific community saying things are going to stay the way they are. Now this is predicting a two degree Celsius temperature increase. While most scientists say that it’s going to be between 2.6 and 6.1 degrees temperature increase. So even that $400 billion is likely a very low balled number and this is predicting a sea level rise of basically just a few inches, maybe upwards of a foot, and that as a country is going to cost us $400 billion and then probably an additional $109 billion by the year 2100 so over $500 billion over the next 80 years just to mitigate sea level rise that we could have addressed as a nation more than 20 years ago.

The reason I like talking about stories like this is not because I’m looking forward to this direction of everything, it’s because this is a different way and perhaps maybe even a better way to get people to understand how important the issue of climate change is. I’ve actually been saying for years that maybe we need to reframe it and not just talk about, oh, we’re destroying the planet, but put it in terms of dollars and cents because American voters and voters all over the world are more likely to understand things when they realize how it affects them personally, especially in their bank account. Because this money has to come from somewhere folks. So maybe it’s going to come from cutting the social safety net. Maybe all of our taxes are going to go up. Maybe they stop funding schools as much, and so our education system goes on the decline even more rapidly than it is now, but whatever it is, wherever it comes from, we have to pay it.

And this is an expense, yes, that we’re going to have to do. But here’s the thing, that extra 109 billion I talked about that will likely and can likely, I should say, be avoided if we start addressing the issue of climate change, right? We know that the worst effects of it, you know the really, really bad stuff. It’s about a decade away. We can fix this, we can stop this and we can save us a hell of a lot of money in the process is going to take some investment to get us there. But those investments are actually going to make us money instead of being spent on sea walls to protect the entire state of Florida, which is going to take almost a quarter of that entire 400 billion price tag. Then we’ve got sea walls that have to be built in Louisiana, North Carolina, Maryland. Those are the states that are the most at risk with Florida trumping all of them. And unfortunately that happens to be where I’m sitting right now. So yes, that one quite literally hits a little close to home.

But those are expenses that we have to pay. And then after that, probably, hopefully before that we start paying attention to climate change and addressing what needs to be done to prevent even worst catastrophes from happening. Cause that’s another thing to keep in mind about that 400 million, a billion dollar number. That’s not the additional costs of more wildfires and crop damage and economic losses from that. And Hurricanes and tornadoes and hail and floods. No, no, no. This is seawalls and sea level rise. We already know that the other catastrophes that could get worse with climate change are going to cost hundreds of billions of dollars. So at this point, based on even these most conservative estimates, it would be financially stupid. To not invest in combating climate change than to spend money trying to mitigate it, because there is still time to act, and if we don’t, it’s going to cost us a hell of a lot more than just money.