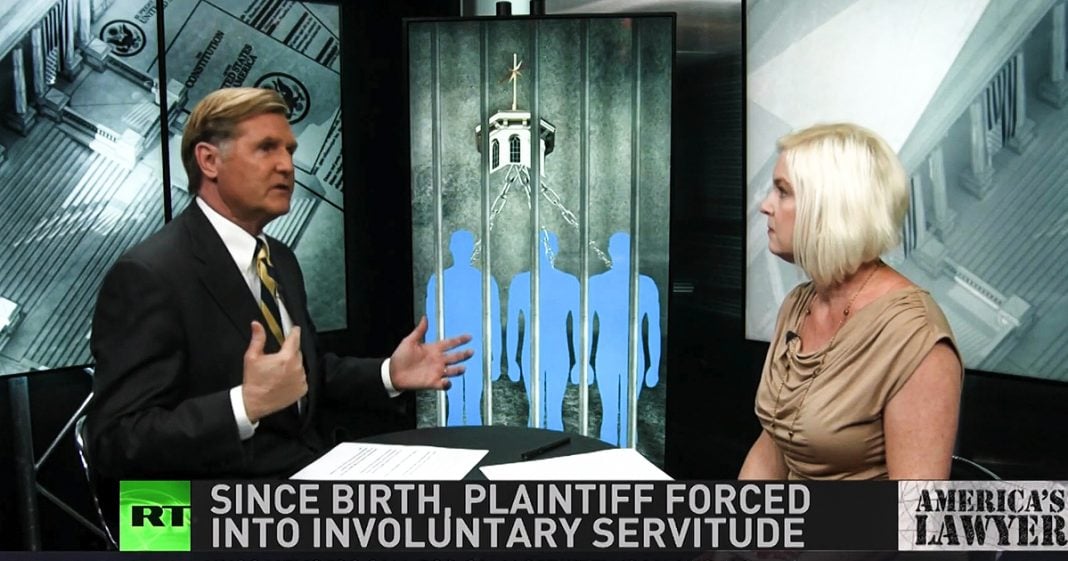 Via America’s Lawyer: Legal journalist Mollye Barrows joins Mike Papantonio to talk about a lawsuit filed by a former Scientologist against the Church and its leader, David Miscavige. The plaintiff alleges the Church of Scientology engages in forced labor, harassment, and human trafficking.

Mike Papantonio:             The Church of Scientology is again embroiled in legal troubles after a former member files a lawsuit in Los Angeles alleging that the church’s aggressive recruitment and retainment practices violate California human trafficking laws. What’s more, the unnamed plaintiff is seeking compensatory damages and unpaid wages from the church and its leader David Miscavige. Legal journalist Mollye Barrows has followed this in the past, we’re going to talk about it right now. This is a case of, as we’ve talked about before we came here, that it’s a case I was asked to actually get involved with in St Petersburg, Florida. Sarasota, St Petersburg, Florida of all places,

And it was there as his steward that she also developed a relationship with his wife, Shelly, who at the time was 26, I think this was in 2000, mid 2000s. So at any rate, she said that, that was when David began to have a falling out with his wife. He began to talk harshly to her according to the lawsuit, various other indications that there were problems in their relationship. And she said that, that for that reason, she was isolated into a place called the hole, which is a place where they send leaders or other members of the church who basically need to be isolated and are punished. It’s a way of punishing them for…

Mollye Barrows:                To isolate her from Shelly because she was being moved out of his life, essentially.

Mike Papantonio:             Right, right. The case that, that down to St Petersburg we were talking about was this one was held prisoner. I mean, she literally was held prisoner. Look, my call, they’re gonna, they’re, the Church of Scientology is going to get hammered on the human trafficking statute because it’s a very strong one in California.

Mike Papantonio:             I really, really like their, that avenue. More importantly, what I love about this lawsuit is for us to get a, get a look. Get a look at how crazy this cult actually is. You know, L. Ron Hubbard, there was no question when L. Ron Hubbard put all this together, it was very clear that he saw this was a money cash cow.

Mollye Barrows:                And then slander and libel and intimidation techniques according to this lawsuit, when you do speak out against the church.

Mike Papantonio:             They expose themselves. I would love the opportunity frankly to take the deposition of a few key people here and I think the chances of them losing their IRS tax base, I mean, you know, tax break here.

Mollye Barrows:                Well it’s interesting. So basically in this lawsuit it is bringing to light a lot of the allegations that you’ve heard from various documentaries and different things over the years. And she got out in 2016, 2017 because she said essentially after being in the church for decades, isolated and abused and exploited because of her knowledge of the relationship that deteriorated between David and Shelley. She eventually got out. She was assigned…

Mollye Barrows:                Literally, because she was assigned to marketing the church and that, had ended up, she developed a relationship with the photographer that she was working with on a video promotional video, and this particular photographer helped her sneak out and she got into the trunk of this person’s car and they drove her off the property and then she started working with Leah Remini, who was also a former scientologist and actress who now does a program exposing what she says are these harmful practices of the Church of Scientology. So of course the Church of Scientology has come out against this and said that these are unfounded, that this particular member was promiscuous of all things.

Mike Papantonio:             Yeah, they always do. They’ve got so much money behind it. Look, look, understand these numb nuts…

Mike Papantonio:             But when you, when you look behind the story and you see that, you see what this church is all about and he’s not just a member, he’s way, way up in their pecking order of discovery, whatever the…

Mollye Barrows:                It’s a sad situation to me, because I have seen interviews with Tom Cruise and he just sounds like he’s been brainwashed.

Mollye Barrows:                Well, it’s interesting because this lawyer for a particular, for Haney, says that it’s just a matter of time before more suits are coming. That they see more and more people filing similar type lawsuits against the church for this very reason, because they are going after them for basically kidnapping and holding people against their will and then damaging their reputations by going after them so personally.