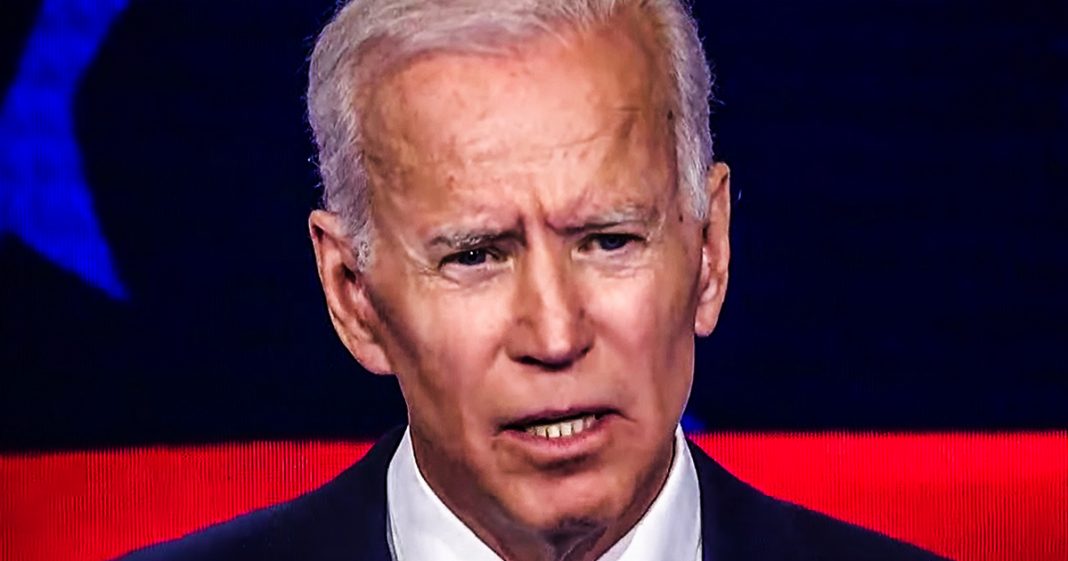 There is a lot of data out there to be analyzed right now – polls, economic hardship, inequality, etc. – but some of the most important data that Democrats should be paying attention to right now is being completely overlooked. And that is the data showing that the working poor in the United States, who have been consistent Republican voters for quite some time, are far more open to the idea of voting for “the left” if they embrace their struggle and offer solutions. Centrists won’t do that, and that’s why a centrist Democrat has no chance of winning in 2020. Ring of Fire’s Farron Cousins discusses this.

Right now on the democratic side of the ticket, we have several really great people running for president and then we’ve got a lot of people who are still in this race for God only knows what reason, who really should drop out because they have no chance of actually winning an election. And I know there’s lots of polls right now showing, hey, even a centrist like Biden can beat Donald Trump. Just like all those polls said Hillary Clinton was going to be Donald Trump, right? So maybe not put as much stock into those. What we should instead put some stock in right now is Thomas Piketty.

Piketty, who you may remember, uh, had the 2013 book called capital in the 21st century. Now has a new paper out as soon as we hear, but this paper is called the a Brahman left versus merchant, right? Rising inequality and the changing structure of political conflict. Yes, that study is a mouthful, but to boil it down to its most basic components, this new study, the new data, which was actually 70 years’ worth of data that Piketty looked at is telling us something very clear and that is that a centrist Democrat cannot win the race for president here in the United States and here’s why. Decades ago it used to be that the a well educated

upper crust voted for Republicans, you know the college educated white collar job type. Those were solidly Republicans in this country decades ago while as the rural working class, non-college educated people were Democrats. Well guess what? That paradigm has shifted here in the United States today and part of it is because of what Republicans have been able to do, how they’ve convinced those non college educated working class voters to vote Republican because they have painted liberals as some kind of elitist out of touch with the working class, which is in and of itself laughable. But they’ve done it and they were successful. Think back to the 2004 election when you had homegrown Texas board. George W. Bush standing up against that ultra-wealthy, uh, possibly billionaire John Kerry. Oh, living up in Massachusetts in his mansion with his ivy league education. George W. Bush also had an ivy league education, but they painted him as John Every man, you know, the guy you want to sit and have a beer with. Meanwhile, John Kerry probably wants a glass of expensive wine, whose name you can’t even pronounce. And it worked. Why? Because they understand the Republican’s somehow understood that working class voters, Are in an us-versus-them mindset.

And they’re in that mindset because it truly is us-versus-them. And the reason a centrist Democrat cannot win is because they keep citing with the them instead of the American public. They want to say that no, there is no big rift. And this is according to Piketty between the working class and the top 1% that doesn’t exist. It’s not the 99 versus the one. We’re all in this, you know, together. You guys are no different. You might make it, there’s some way, someday, but until then, let’s all hold hands with one another. And just try to be nice and that’s why you have certain candidates right now who are doing very well. You’re Sanders and your warrens because they’re not out there saying, Oh, don’t blame Wall Street for your ills. They’re saying correctly. So according to Piketty, that this system that we have set up in this United States is set up the hold you down, to lift up those who are already lifted and to oppress those who are already oppressed.

Bernie and Elizabeth Warren are out there saying this. Bernie is saying it in very explicit terms. Elizabeth Warren is really saying it through her policies. Bernie is no problem just saying, no, they’re holding you down, they’re screwing you over. And that’s why a far left Progressive Democrat does have a better shot at beating Donald Trump and then a corporatist than a centrist. That’s what the data that Piketty looked at over the last 70 years shows us. That’s where we are today as a country and we overlook it at our own peril. Democrats, we’ve got a hell of a primary going on right now. We don’t even start voting until January. But remember this data, remember what it tells us? Because if we put up another corporate centrist Democrat, get ready for another replay of 2016.