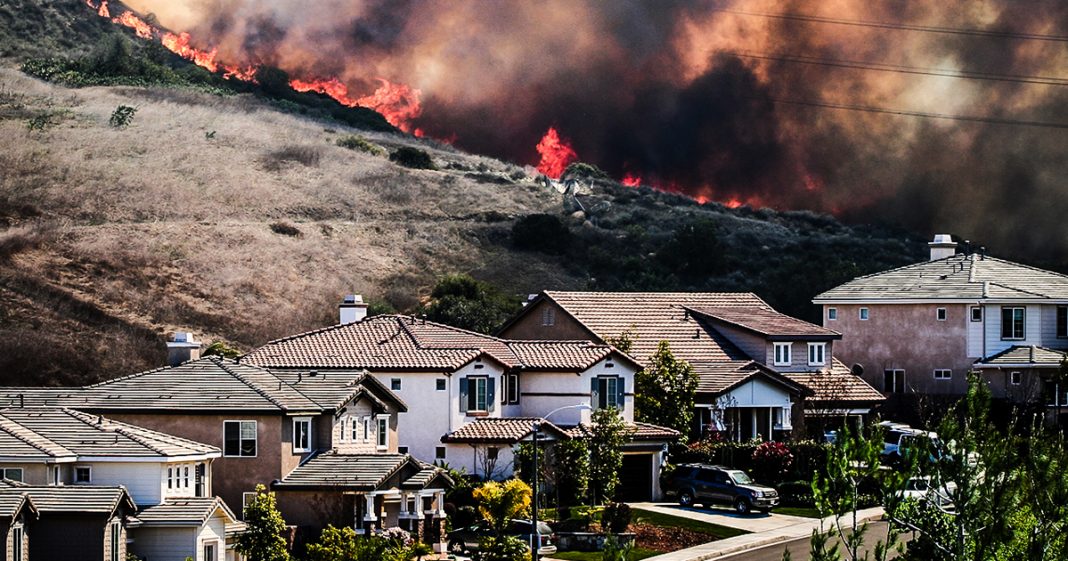 Some of the largest insurance companies in the world are warning the public that climate change is going to make insurance an unaffordable luxury for most human beings in the coming years. On top of that, the banking industry is warning us that dire financial consequences are looming if we don’t take action. Conservatives love to ignore warnings from scientists, but are they willing to ignore their own donors? Ring of Fire’s Farron Cousins discusses this.

For far too long. Republicans here in the United States had been telling us that climate scientists are only in it for themselves. They don’t know what they’re talking about. They’re lying to you and that we probably shouldn’t listen to them when they tell us how bad climate change is going to be. Okay. Well, in addition to all of those claims being absolutely wrong, let’s suppose for a minute Republicans, okay, let’s just not listen to scientists. What about business leaders, Republicans, you know the people who fund their campaigns, would you listen to them? Would you maybe take their advice on this? Because what’s happening right now, not just in the United States but across the globe, is that you have business leaders, banking industries, and an insurance industry on top of real estate industries and plenty of others who are telling us that if we don’t take action now to stop climate change, we’re going to be headed for not only massive financial collapse, but insurance is actually going to become an unaffordable luxury for most people on this planet.

That is what the insurance industry at a recent gathering, that is the conclusion that they came to. And part of the reason they came to this conclusion is because they just paid out $24 billion for last year’s massive wildfires out in California. They lost $24 billion, but we knew they were going to lose a lot of money on the wildfires. They always lose money whenever there’s a natural disaster or a hurricane, they lose lots of money, massive storms and tornadoes and hail. They lose lots of money. But what’s different this time, and the reason they brought up the California wildfires is because according to reports, this is actually the first time ever that the industry as a whole has admitted that those wildfires were made worse. And in some instances made possible because of climate change. They finish connecting the dots. They’re not even attempting to deny it anymore.

Although to be honest, the insurance industry has always been one of the few industries out there telling us climate change is real and it’s going to make things bad. But now they’re telling us, look, if we continue as an industry across the globe to have to pay out more and more money, and it’s not just here in the US, Germany, Austria, France, Italy, those insurance leaders from those company, uh, countries are also telling us that this is not sustainable. The only way we’re going to be able to survive as an industry is to adjust our rates accordingly. And by doing that, we’re going to put insurance, property insurance, homeowner’s insurance, all those things. It’s going to be put out of reach of average people. If you’re not on the top 1% in any of those countries, you’re not going to be able to afford insurance if we don’t address the problem now.

And in the United States that, you know, I don’t know about laws in other countries, but, but here for the most part, if you don’t have homeowner’s insurance, you can’t get a home loan. Okay? So what’s that going to mean that everybody, but the top 1% is going to be homeless because the rest of us can’t afford insurance. Well, that’s not feasible. That’s not okay. Or our banks just suddenly going to say, okay, well you don’t have to have insurance to get alone, but just, you know, pray your house doesn’t catch fire or a hurricane doesn’t strike you and then people are left with nothing. They have no insurance to make it whole and then they still have to make payments on a home that doesn’t exist for the next 30 years.

The insurance industry is specifically telling us this is going to create massive social issues here in the United States and abroad, and this is a problem that we have to address climate change. If we can do it now, which we can and we should and we have time, then all of this becomes meaningless. Nothing I’ve said here is going to come to fruition. Nothing the insurance industry is predicting will come to fruition. All these worries and all these fears will be gone if we act now. That’s what they’re telling us. They’re putting forth these worst case, horrible scenarios. Yes, but they’re doing it as a way to tell us this is the bad thing that can happen if we don’t take action. So the final argument that they’re telling us that climate scientists are telling us that people who are paying attention are telling us is, hey, we can avoid all the bad stuff. All we have to do is take action.