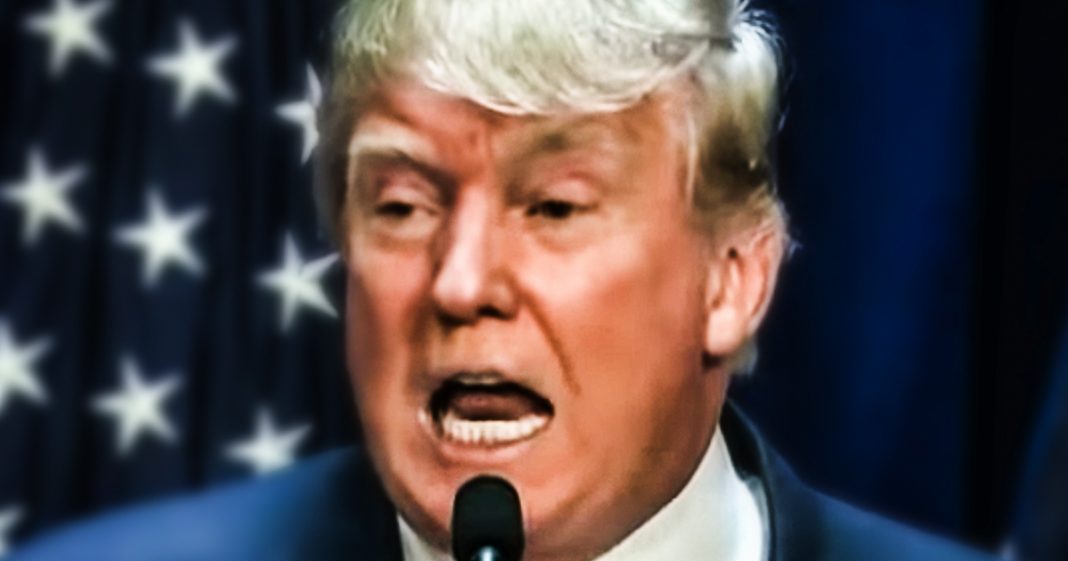 Republicans love to tell us that Donald Trump isn’t even taking a salary while President because he’s such a good guy, but that certainly doesn’t mean that he isn’t pocketing TONS of cash from his gig. Ring of Fire’s Farron Cousins discusses this.

Donald Trump loves money and there is nothing surprising about that statement. I think even the most ardent Trump supporter is willing to admit that. Yeah, Donald Trump likes to make money. He loves it. It’s what he lives for. There’s only one problem with Donald Trump making so much money right now though. It’s illegal, and that’s not an exaggeration, but according to the latest reports, Donald Trump has pocketed at least one point $6 million from all of the Republican events and other conservative groups holding events at his properties, and here’s the kicker. 1.6 million that these groups have paid to host these events at Trump properties, but these numbers actually only go through the first half of 2017.

We’re two years past that point now. God only knows how much more money this man is pocketed from the RNC or from outside groups spending money at his hotels and his conference centers and his golf courses. You know, to host events in the hopes that Donald Trump himself is going to show up. Or if he doesn’t, maybe he’s going to show them favor in the future because they picked his location. One third of events hosted by the RNC have been held at Donald Trump owned property since the man took office and up through at least the first half of 2017 Trump organization, top gun, one point $6 million from these groups. And the profits of that, obviously since he did not divest, go back into Trump’s pocket, which is a violation of the domestic emoluments clause. Not to mention all of the, uh, foreign dignitaries who stay at these hotels, pay their money. That goes into the Trump organization, the profits of which go where back in Donald Trump’s pockets. And of course we can’t forget the 106 point $9 million that taxpayers have spent for Donald Trump to play golf at where his own golf courses, where that money goes, where back into his own pocket. And meanwhile, conservatives were still out there telling us like, what a great man he is. He’s not even taken his $400,000 a year presidential salary.

We’ll of course not because he’s making millions of dollars a year by not divesting from his companies as he is pretty much legally required to do. And instead he’s just breaking the law left and right. Violating the emoluments clause of the United States constitution because Republicans only care about one very small part of the constitution and that happens to be amendment number two. Everything else that doesn’t matter. Those aren’t actual rules, but that second amendment, don’t you dare touch it. That is the only one that matters. That is the only rule that matters. That is the only thing we ever want to talk about. This is a massive problem folks. Donald Trump cannot stay with his companies while being president of the United States. But this is also why this man chose to run for president. He saw it as a massive cash cow and we the tax paying public, we’re the cow, we’re the cash cow and he just keeps milking it for all that. It’s worth putting all that money back in his pocket. So don’t you dare praise this man for not taking his presidential salary cause trust me, he is stealing enough tax payer dollars to more than make up for the fact that he’s not getting $400,000 a year. No, this guy’s getting tens of millions of dollars every year for no other reason than he is the president of the United States. And I can promise you it’s going to become a real legal headache for him in the future.