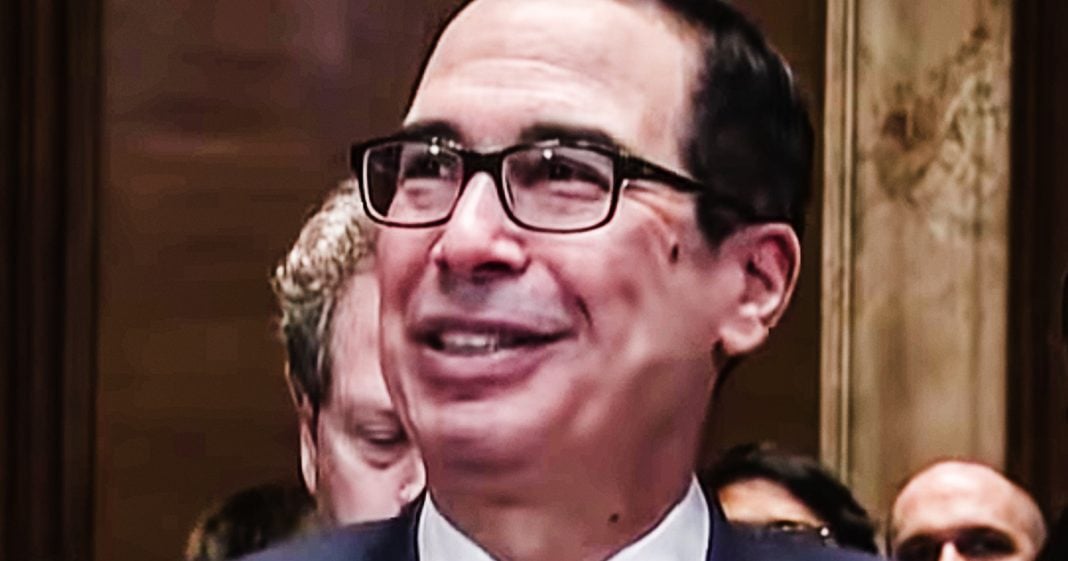 The wealth gap in the United States has been getting worse for decades, but few understand just how bad things really are. Since 1989, the top one percent has gained $21 trillion in wealth while the bottom half has lost more than $900 billion. The rich are getting richer and the poor are getting poorer, and that isn’t an accident. Ring of Fire’s Farron Cousins discusses this.

I remember back in the 2015 a presidential campaign when it was, you know, Hillary Clinton versus Bernie Sanders and a lot of the Clinton Easters would attack Bernie as being just, Oh, he’s one guy. He repeats the same talking point over and over and over again. And that is, you know, inequality, wealth inequality, the income gap, the top 1% versus the bottom 99% give it a rest and come up with something else.

They told us. Well, the truth is that we, we really, really should have listened to Bernie Sanders back then and he, to be honest, had been saying it for decades prior to that campaign because according to the latest numbers, since the year 1989 for the last 30 years, the top 1% of American income earners have seen their share of the wealth grow by $21 trillion. The top 1% in the last 30 years, their wealth has grown by $21 trillion. The bottom half of income earners here in the United States have actually seen their share of the wealth decline by $900 billion. So this side over here gains 21 trillion and this side loses 900 billion. The gap between the haves and the have nots is growing exponentially because those numbers only tell part of the story. When you look at what that bottom half actually owns in terms of wealth and assets, it’s in the negative.

They owe nothing by definition because they have so much debt between the bottom 50% that that entire classifications, uh, overall wealth is less than zero, less than zero. So anyone out there who says that, oh, stop talking about the income gap. It’s boring. It’s awful. No, this is a massive issue. And if you ask me, we’re not hearing enough about the income gap from the Democrats running for president right now. This should be front page news. But of course it’s not because all the newspapers and media outlets are owned by people in that top 1% who have watched their wealth grow by $21 trillion and they now hold a, I believe it’s 30 trillion in total wealth and assets, they hold 30 trillion.

The bottom half of us hold literally less than zero because of all the debt we have. This is a massive issue. This is a campaign issue in this is something that Democrats to be talking more about because those bottom 50% of voters need to understand that this is not an accident. This is by design. You know, between the payday lenders, lenders scamming them, student loans, ruining them, medical bills, ruining them, tax breaks that only benefit the top 1%. The entire system is designed to hold these people down and enrich the already wealthy. And that’s the connection. And unfortunately, even stories that talk about this issue, they’re not putting those pieces together, but there they are. And that is what every single person who’s serious about being the Democratic nominee should be talking about every single day.