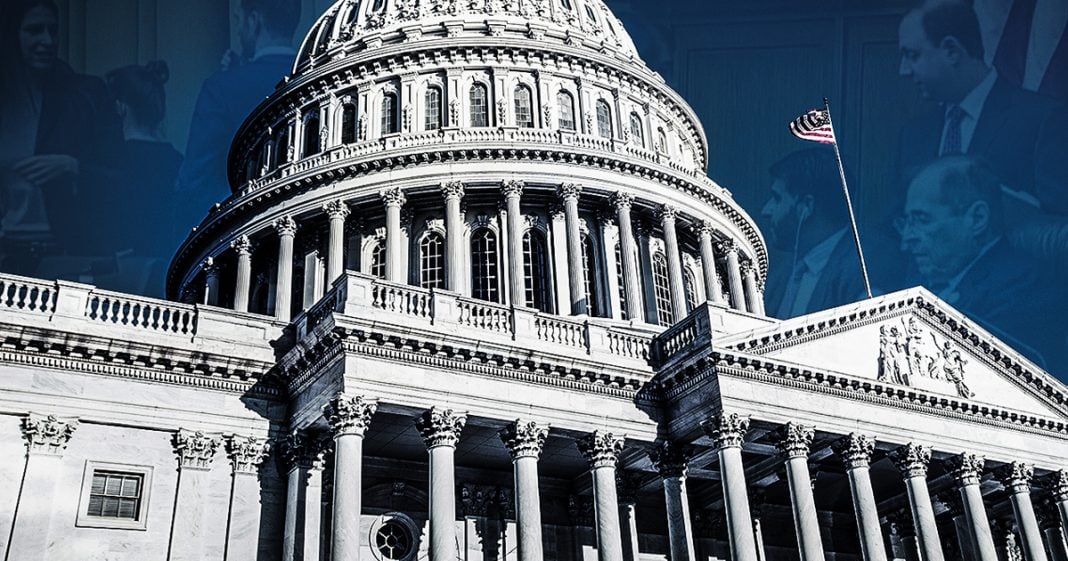 While it is still too early to rely on polls, the numbers so far are looking good for Democrats. Generic ballots have them up by 8 points in Congressional races, and that includes siphoning off some traditionally conservative voters. In order to maintain and possibly even increase that momentum, Democrats are going to have to come big with the ideas and back off the “we aren’t Trump” campaigns. Ring of Fire’s Farron Cousins discusses this issue.

Yeah, I’m going to break my own rule for a minute because as I have said repeatedly polls right now do not mean much of anything whatsoever. And instead we should follow trends. But I feel like these are some poll numbers that I do need to talk about because they might actually be setting a trend in this country. And there’s new poll which came out from the economist and Ugov shows that generic Democrats hold an eight point advantage in congressional races over generic Republicans for 2020. So right now the Democratic Party in a generic matchup has an eight point advantage over Republicans as we head into 2020 meaning if this stays consistent, Democrats are going to retain control of the house. And in fact, could even pick up more seats in 2020 giving them a stronger majority in the House of Representatives. In fact, not only are they shoring up more support among individuals who typically lean Democrat, you know, women, uh, minorities, they’re supporting Democrats at a higher level.

Now they’re also siphoning off some traditionally Republican groups. They’re not winning with those groups yet, but they’re, they’re taking more people away and that is actually mainly just the white males and you know, people between the ages of about 50 and 64 here’s what’s interesting though. Voters aged 18 to 64 all trend Democrat. Now typically between the 50 and 64 range, those people, we’re going slightly Republican, but now they’re trending towards the Democrats. That is a trend to pay attention to the younger generations. Yes. Obviously they’re living in a different era than the people who are 65 and older. Who by the way, the Republicans have a nine point advantage with so 65 and older. Yeah, Republicans got you on lockdown. Literally anyone younger than the age of 65 is more likely to say that I’m going to support a Democrat in 2020 than a Republican.

And that’s not how you build a sustainable party. Republicans, how are you going to survive when the only people under the age of 35 voting for your party are Ben Shapiro, Charlie Kirk, Candice Owens and Tomi Lahren? That’s not sustainable. Young viewers aren’t rushing home every night to turn on Tucker Carlson and Sean Hannity, and yet you think as a party, oh, this is fine. Everything’s burning down around you and you think it’s fine. Well, the truth is actually Republicans don’t think it’s fine because the same day that this story came out, another story came out and that shows that a congressional Republicans are actually freaking out right now. Why? Because both the RNC and the NRCC (National Republican Congressional Committee), Ah, don’t seem to be raising enough money for the 2020 congressional races. In fact, they’re struggling to get people to give them money. Yeah. Trump’s kicking butt with his fundraising, right? Well, nobody else in the Republican Party is, and that’s going to be a very real problem when you have all this fever out there for fewer Republicans and more Democrats.

Furthermore, the RNC and the NRCC or also freaked out because they don’t have any messaging, they don’t know what to say. They don’t know what to campaign on because everybody knows your tax cut was a scam. Everybody can look at their paycheck and see that no, they’re not better off than they were four years ago under Obama. Oops, what you got to run on? They don’t know, and that is severely going to hurt them in 2020 and that’s why I feel like these polls right now are important because not only does it show that Republicans are in trouble, but Republicans are actually admitting to themselves that they’re in trouble for other reasons. Then the poll numbers, I hope this trend keeps up. I hope more people trend towards Democrats in the congressional races, and that translates into presidential race and hopefully the NRCC and the RNC continue to struggle to raise money while that con artists and the White House siphons it all away because that’s not going to end well for anybody with an r next to their name in the 2020 election.