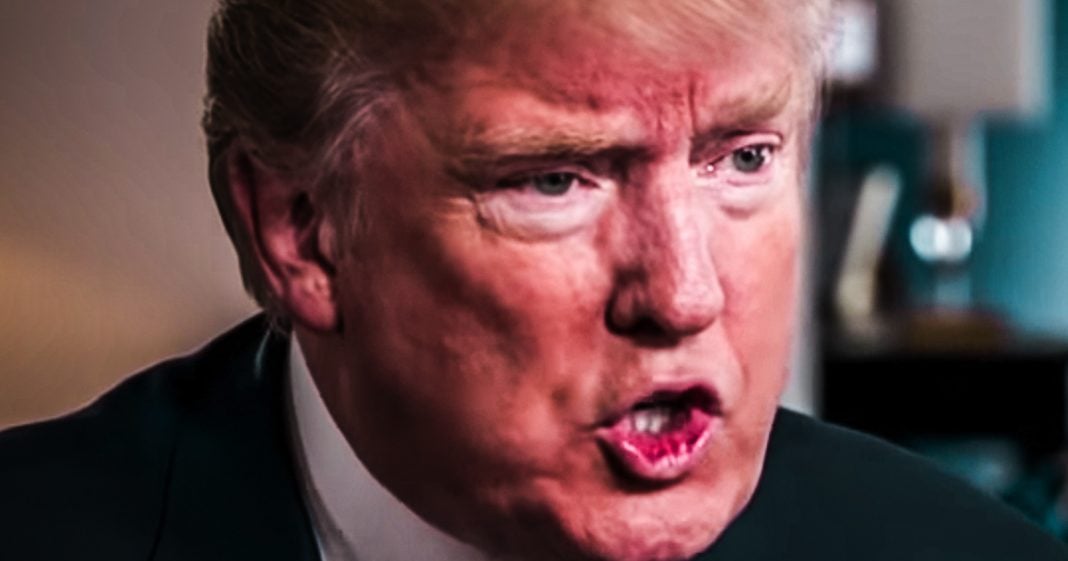 American politics have always been dirty, even during the early days of this country. But Americans today believe that things are worse than ever, and a large number of Americans blame Donald Trump. Yes, Trump is horrible in every imaginable way, but is he really to blame for this issue? Ring of Fire’s Farron Cousins explains why the answer could be both yes and no.

American citizens according to the new poll by Pew Research Center, are pretty much sick of the divisiveness of American politics. Not just the divisiveness, though there, they’re sick of the hateful rhetoric. They’re sick of the anger and the abusive language coming out of politicians. And 55% of them believe that Donald Trump is the blame. 55% of people in this country blame Donald Trump for the erosion of, I guess political niceness would be a good way to say it. And here’s the issue I have with this poll, and even with the viewpoints of the voters here. They’re both right and they’re both horribly wrong because yes, it is obvious that since Donald Trump came along and started using these cruel nicknames for people, insulting their IQs, insulting their appearances, that was something that didn’t necessarily exist on such a public stage prior to Donald Trump.

He is responsible for that, but it did exist. It’s just that most of the time we, as the public didn’t get to hear it. You know, political nastiness is not something that’s new. Trump didn’t invent that. I advise everyone to go read the story. All you got to do is Google the phrase the caning of Charles Sumner by Preston Brooks. It’s an incident that I have read about numerous times because I find it absolutely fascinating or this happened I believe in 1856 there’s the run up to the civil war. And in fact, this issue of Charles Sumner being, uh, beaten almost to death by Preston Brooks on the floor of the Senate that actually helped exacerbate things that let us into the civil war. But the situation is exactly as I described it. Um, Sumner ended up giving a speech one time and basically laid into Preston Brooks and a couple other Republican, or excuse me, Democrats. And then you had Preston Brooks, who was a Democrat, came in Senate Chamber, was mostly empty when up to a Sumner and just started beating the hell out of him with his cane.

That was 1856. Again, I believe, maybe I’m wrong about the year, but it was prior to the civil war. So a a 1800s, right? 1800s. We have a senator almost beaten to death on the floor of the Senate by another senator. So when I tell you that nastiness has always existed in American politics, it’s always existed in American politics. And yes, when you look at situations like that, we’ve probably come a long way since then, but in many other ways we’ve gone way further down the tubes. So again, very interesting poll here. 55% say Trump is the blame and sure our words are a little nastier, but I guess maybe we should take some solace in the fact that we don’t have senators and members of the House of Representatives just beating the living hell out of each other on the floor of those chambers. But at the same time, if something like that were to happen, I guarantee you everyone in this country would want to tune in because that’s also part of it folks. We can’t just say, well, politicians are always nasty. I would never do that. I don’t enjoy things like that. We do. Politics has gotten nastier as a response to how the public has become. There’s literally no one who is blameless in any of this. It’s always been nasty because deep down, whether we want to admit it or not, we as a public can be pretty nasty ourselves.