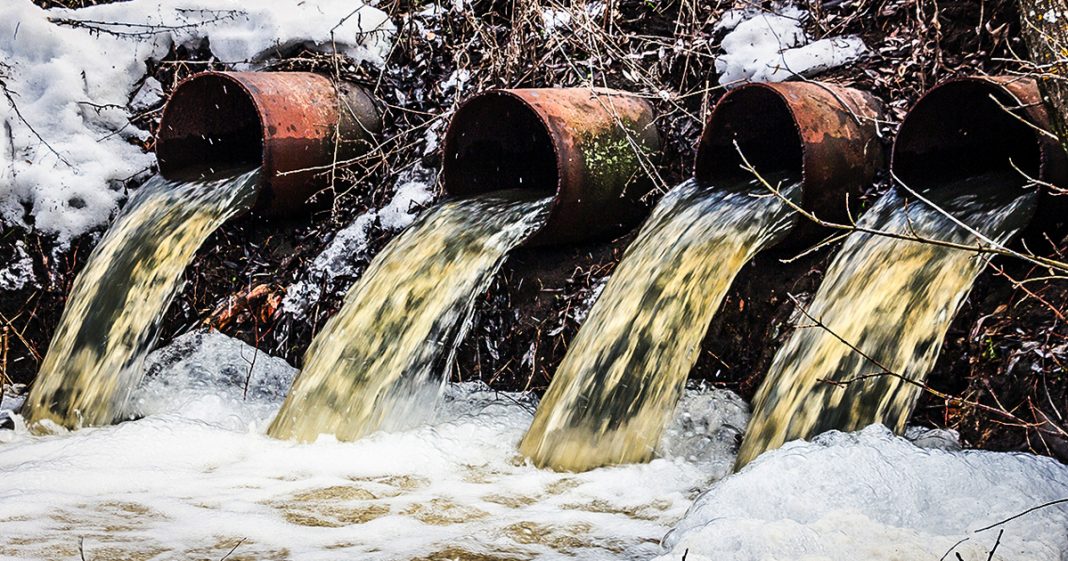 The EPA recently announced that they had put together a draft study on possible options about where they can dump toxic fracking wastewater, and these “solutions” aren’t going to sit well with American citizens. These plans would allow fracking companies to dump their toxins into rivers and streams, potentially poisoning both humans and the entire food chain and local environments. Ring of Fire’s Farron Cousins discusses this.

Perhaps not satisfied with the fact that one out of every three Americans citizens is drinking contaminated water every single day. The Trump administration has decided that they want to ease the rules for frackers here in the United States and allow them to poison just a little bit more water in this country, so maybe we can get that one third number all the way up to one half because that is exactly what’s going to happen if Trump’s EPA has their way. Recently the EPA completed a study that was supposed to look at several different proposals available on how to deal with the wastewater that comes from the fracking process, which typically takes about 10 gallons of water to extract one gallon of gas. There’s a lot of waste in this process, and to make matters worse that fracking water is pumped with more than 600 chemicals and can very frequently and commonly be radioactive.

The problem is we don’t know all of the ingredients that go into fracking fluid because thanks to Dick Cheney and Halliburton, that’s what’s called an industry secret and we’re not allowed to know. Even the regulators don’t know what’s in it. But sure, the Trump administration says, we’ve got a couple ideas. One of those is to just dump some of it and rivers and streams in this country and you know, then it’ll kind of get into aqua firs and people will start drinking it. But Hey, you know, we could do it. As it stands right now, about 5% of all fracking wastewater is currently dumped into rivers and streams and lakes in the United States, which disrupts food chains. It, you know, can leach out in the event of a flood or even just regular leaching can still go into our aquifers where people then drink it. And here’s why it’s a problem.

Here’s why. They have no idea what to do with fracking wastewater because you can’t just send it to a regular water treatment facility because it is so toxic and corrosive. In fact, if you did send it to a regular wastewater treatment facility, which they’ve tried in the past, it’s actually so corrosive. It destroys the machinery. So we’re talking with a water pumped with so many different chemicals that it can destroy machines. Metal pieces start to crumble after exposure to this water. And so the geniuses in the Trump EPA said, well, hmm, if it can destroy metal, what if we put it in the environment? Yeah, I mean it could corrode steel. So let’s put it in the food chain. Let’s let fish and human being swim around in this. Let’s let it go into the aquifers to where people can drink it. Let’s put it this way. If this water has the potential to destroy the machinery in a water treatment facility, just imagine what it’s going to do when you put it in your body that is a hell of a lot less durable than metal machinery. And just remember that’s what the Trump administration wants to do to you.