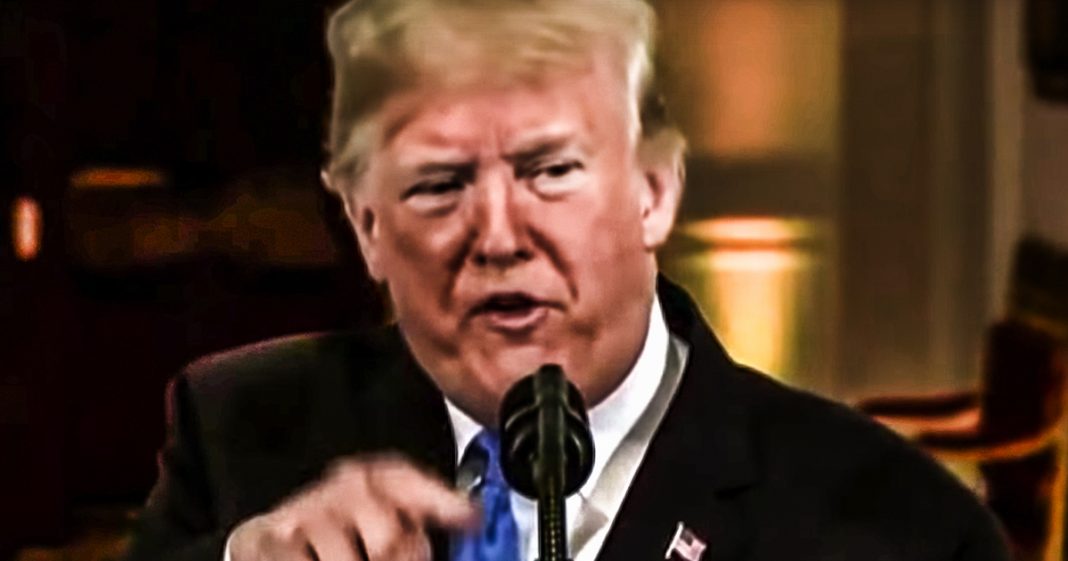 Yale psychiatrist Dr. Bandy Lee, editor of the best-seller “The Dangerous Case Of Donald Trump,” recently spoke with author and podcast host Chauncey DeVega about the threat that Donald Trump’s declining mental health poses to the United States. These are warnings that we all need to start taking very seriously, as everything that Dr. Lee and her colleagues have told us could happen has now actually happened. They were right, and we need to listen to them, as Ring of Fire’s Farron Cousins explains.

You. It’s been a really interesting, ever since the Mueller report came out, even though it was heavily redacted, uh, to see the different kinds of analysis from the people looking at it, right? The, the folks who understand legal issues in this country have been looking at and saying, look, it’s pretty unquestionable. The Donald Trump committed obstruction of justice. The people who look at it while denying reality say, Oh wow, Donald Trump is totally exonerated. Those people are completely wrong. And they’re misreading it. But what if you had somebody who had a different specialty, somebody that was an expert and how the human brain operates and how the psyche is supposed to work. Somebody like Dr Bandy Lee, the Yale psychiatrist who’s also the editor of the book, the dangerous case of Donald Trump was, it turns out Dr Bandy Lee actually did go through the Mueller report. And as a result of that came to the conclusion that Donald Trump’s mental instability is now a, a public health threat, a public safety threat to the United States.

And that is actually what Dr. Lee a recently told Chauncey de Vega, who is a great friend of us here at Ring of Fire, host of The Chauncey de Vega Show. Uh, Chauncey actually talked to Dr. Lee recently and I have to read this paragraph here from the transcript because what Dr. Lee said is absolutely it’s unequivocal about what’s happening inside of Donald Trump’s brain. Here it is a mentally unwell person like Donald Trump can no longer see reality for what it is. Instead, he has to believe in false beliefs. A person like him has to lie to himself and lie to others. They have to distort the truth. They have to espouse conspiracy theories in order to even tolerate existing in this world, let alone facing reality. Uh, mentally unwell person like Trump cannot accept facts for what they are. He cannot accept the results of the Mueller report as they are.

And people around Trump can sense this. This is probably the most accurate depiction of Donald Trump I have ever seen coming from doctor Bandy Lee here in the conversation that was had with Chauncey to Vega from salon. Because it’s spot on. We have been saying this for quite a long time as well. Psychiatrist had been saying this, the dangerous case of Donald Trump, the book itself makes this case. Trump doesn’t live in the same reality we do. He lives in a reality that he created for himself where he is safe from any criticism from any bad poll numbers like the ones he’s claiming recently that were leaked, that were horrible. He says, oh, those are fake from bad news, which Donald Trump says, oh, it’s fake news from this investigation, which Donald Trump called a witch hunt, which is basically another way of saying it’s a fake. Everything that is bad for him is fake because he doesn’t live in reality and Dr. Lee is 100% correct. This is a public health and public safety issue because every single one of us is affected by what Donald Trump does. The rest of the planet is affected by what Donald Trump does. I think Iran is a great example of that.

And here we are for well over a year at this point, whistling past the graveyard as psychiatrists like Dr. Lee and dozens of others continuously warn us that Donald Trump is not mentally fit to be the president of the United States. While as a whole, this country continues at our own peril to ignore those warnings.