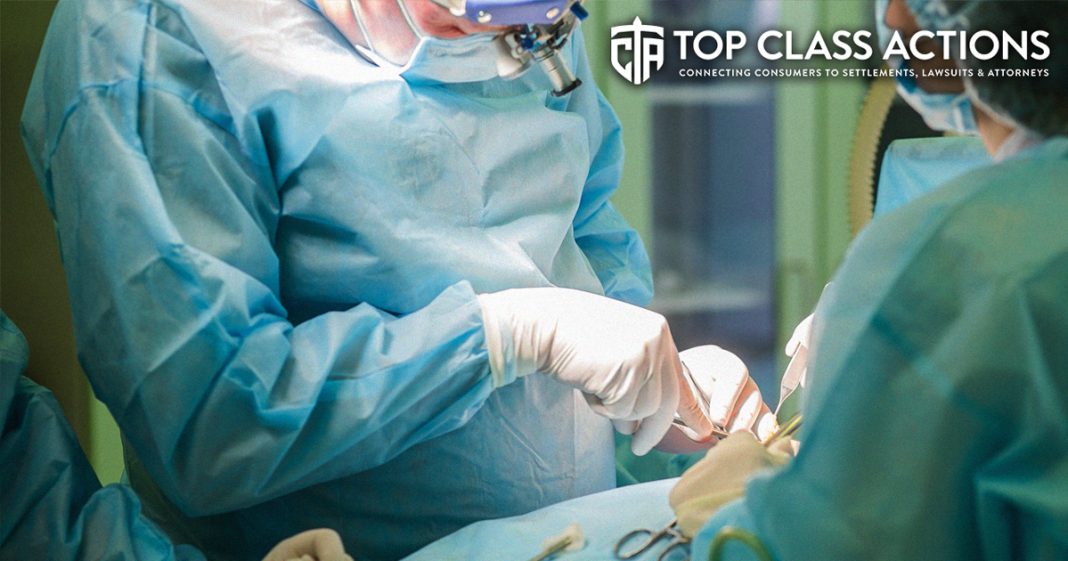 The controversial FDA clearance process known as 510(k) Premarket Notification is a prime example of the law of unintended consequences. In the 1970s, this provision became law with the purpose of making life-saving medical devices available to patients in the shortest possible time. Instead, it has in many cases given medical device manufacturers the ability to bring untested, dangerous and, in many cases, deadly health care products to the market, foisting them onto an unsuspecting public, including doctors and health care providers. But it appears that after huge public backlash, the FDA might FINALLY be reevaluating their process. Ring of Fire’s Farron Cousins discusses this with Scott Hardy from Top Class Actions.

Farron Cousins:                  For decades now, the FDA has had an approval process in place for medical devices. Now these can be anything from, you know, Q tips and Band-Aids all the way up to devices that are put inside of patients to keep them alive. And unfortunately for a lot of these products, including the life saving devices, the approval process is so weak and pathetic that it has led to tens of thousands of deaths in this country.

But the FDA may finally be at a point where they have said, nope, this doesn’t work. We may have to amend the system. Joining me now to talk about this is Scott Hardy with Top Class Actions. So Scott, before we get into, you know, what could happen, tell us about this current system they have, the 510(k) process. What is that?

Scott Hardy:                          Sure. So this really started back in 1938 when Congress approved the, the food, the, sorry, the Food, Drug and Cosmetic Act. And so the FD and C act was out there to regulate different magical elixirs. Things like Coca Cola that had cocaine in it. You had different serums that had opium, highly addictive substances and people that were pushing things that were just completely outright false and harmful. So you had this rolled out and then over the course of many decades, it’s continued to change.

Back in 1970, 78, 76, you had a new change within the FDA because they wanted to make sure it was easier for different medical device companies to roll out new devices. And so then all of a sudden you had this 510(k) exemption that became a, frankly a big issue for the average American, but we didn’t know it yet. And we did this under the guise of making things easier for drug and medical device companies to get things approved. And what this does is it says if you as a medical device company are rolling out a new device that is very similar to a previous device that was approved, then there is no need to do any testing on it.

There’s no need to do clinical studies on it. As long as it’s very similar in nature to a previously approved device, we will clear it. And that is the big distinction because now you have devices that are FDA cleared but not FDA approved. And you’ve had some major problems come out from that specifically from metal on metal implants and different mesh implants. That these devices were cleared by the FDA because they were similar to plastic or other devices. But the FDA said, well yeah that’s similar.

It’s the same shape. It’s going into the same place in a person. Sure. We’ll go ahead and clear it. Even though it’s a different alloy instead of plastic. It’s actually metal. And as we know, metal on metal implants have had tons of problems. Because when you have a metal socket and a metal ball and a mental socket that’s going in there and rubbing, naturally over time, metal’s going to wear off. And you have metallosis, metallosis and other major problems of that stuff entering a person’s bloodstream. And that’s all because of this 510(k) law that the FDA still has on the books.

Farron Cousins:                  And it’s really interesting too, you know, you brought up the mesh, we’ve done multiple segments on hernia mesh over the last couple of years here. And that’s exactly how these meshes that are now causing all these horrible problems in consumers. That’s how they got approved, the 510(k). They walk in to the FDA, they say, look, I’ve got this new mesh. But let me tell you, it’s a lot like this other mesh out there. So can I just go, can you just stamp this? I can get on my way real quick.

That is basically what happens here. You know, you have a pacemaker on the market that went through rigorous testing, years of development. Then you have another guy walk in, say, hey, I just made this pacemaker in my basement. It looks a lot like this thing. Can you, can you, can I start selling this? I don’t need the test it really, let’s get it out there. Look, here’s a number. 80,000 lives and 2 million injuries because of this 510(k) approval, putting dangerous products out there on the market. 80,000 people dead, 2 million suffering serious injuries.

You know, 80,000 people dead is horrible. But a lot of these people have injuries that have absolutely destroyed their lives and it is 100% because the FDA came up with this clearance process that said, hey, we don’t want to do all this testing. So if it looks like it, if it smells like it, if it sounds like it, go ahead and just stick it on the market and we’ll call it a day.

Scott Hardy:                          Exactly and you’ve got women that you know, had vaginal mesh or pelvic mesh and you know, now their, their sex life is over. It made sex painful. It, you know, it’s, it’s ruined marriages quite literally ruined marriages. I mean I received submissions from women that said, my life was great, I had this implant and then everything went to hell. And so you know you’ve got, and then just like you said, you’ve got to get that removed and so the FDA really needs to take a look at what’s involved with this 510(k) process. Because on the metal on metal hip implant that was actually allowed based on a long string of implants back to the 70s.

And so they said, hey, this hip implant from about the 1970s is pretty similar to what we’re having now in the 2000s let’s just go ahead and get it out there on the market and you would think, well, come on, this is 30 plus years apart. How can you not want to take a closer look at it and do some clinical studies? Do some investigations to see if it’s going to be a big problem once you start implanting this in hundreds of thousands, if not millions of people. Nope, let’s just go ahead and say it’s similar to something from the 70s and put it right in there. Nothing bad will happen. But they raked, raked in billions.

Farron Cousins:                  Well, and you know what’s interesting about that too though, is that when you do have a product like that, say you know it came out in the 70s then the next person comes out and says, hey, well my implant is similar to that. Then the next person says, well, mine is similar to the one that is similar. By the time you get far enough down the road, the current product that’s going through on this 510(k) clearance product, process, has nothing in common with the original, but because it’s similar to the one that’s similar to the one that’s similar and so on and so forth, they get approved and by the, by the time you’re at the end, you’re with a product that is nowhere near what the other product, the original product actually was. We have seen that in a lot of instances here as well. So, I guess the big question here is, is the FDA finally willing to do something to change this process? Is that what we’re actually seeing at this point?

Farron Cousins:                  Well, to be perfectly honest, yeah, I’m, you know, I’m obviously not a big fan of this administration at all, but unfortunately, since at least the year 2001 we have had an FDA that has been completely captured by industry nonstop, whether it’s Republicans or Democrats. And so you know, them taking any serious action on an issue is going to take some kind of radical change in the federal government. We’ll see if 2020 happens to deliver that. Scott Hardy, Top Class Actions.

Thank you very much. For more information on this 510(k) process, please follow the link in the description of this video. I, trust me, you’re going to be shocked at how disgusting this process truly is and how much it benefits corporations and how many people are being harmed by it. But while you’re there, also, please do sign up for the weekly Top Class Actions newsletter. Get all these stories and more right in your inbox. Scott Hardy, always love talking with you. Thank you very much.