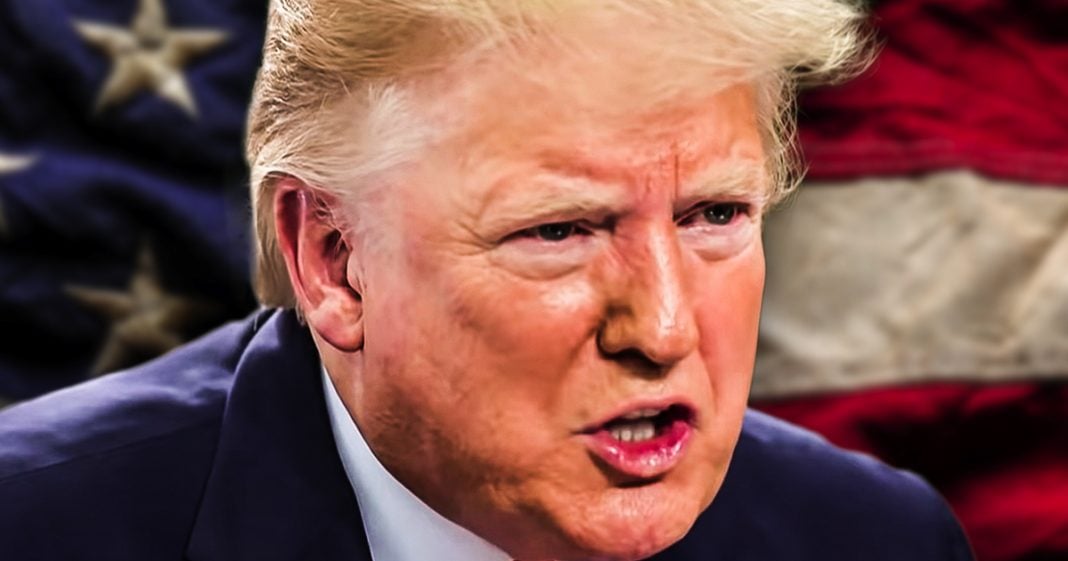 Wealthy Republican donors loved the idea of paying less in taxes and having fewer regulations, but they aren’t happy with the association that comes with being friendly with Trump. But more importantly, they see a massive political backlash on the horizon that could result in the all the gains they’ve made under Trump being wiped out, so they are abandoning ship now before things get worse. Ring of Fire’s Farron Cousins explains what’s happening.

Last week. Everybody was talking about the fact that the Mercer family want to Donald Trump’s biggest donors in 2016 also a major funder of Breitbart. They announced, or it was reported, I guess they, they were not going to be throwing any money behind Donald Trump for his 2020 reelection campaign. The Mercers had had enough reports specifically by Gabriel Sherman from Vanity Fair said that, you know what, the Mercers are a little disillusioned. They said they’re not getting the return on their investment here, which, let’s be perfectly honest, that’s absolute bull crap. The Mercers have gotten everything they wanted out of Donald Trump. They got the tax cut, they got deregulation. They don’t need anything else. The return on investment. No, you got that. And we all know that you got that. But that’s where the stories ended did right. Oh, they didn’t get the return on investment. They’re turning their backs on Trump. Just like the Koch brothers have kind of turn their backs on Trump. Other wealthy donors we’ve reported on over the last few months there. It’s hurting their backs on Trump. The question is why, and that’s what a lot of these stories didn’t actually dig into. But it’s not that hard to realize. We know the why.

The why is because they understand that if Trump gets another four years in office, yes, financially it’s going to be good for them for those four years. But you know what happens after that radical systemic change. Right now they understand that on the democratic side there is a good chance that a centrist is going to get the nomination and then win back the White House. Put things back more towards that center track where you have a Democrat who’s great on social issues and absolutely horrible for consumers, much like Obama was. And as long as they have that, they’re not going to have a uh, Warren or a Sanders out there saying, nope, we’re raising your taxes. We’re putting taxes on top of your wealth that you’re holding, not even earned or earning each year, but what you’re already just hold. We’re taxing that we’re increasing regulations in order to protect American consumers and the Mercers and the cokes and all these people can’t have that.

So if Trump gets another four years, what’s going to happen is it’s going to piss off more people in this country and they’re going to demand change. They’re going to demand a far left candidate. That’s what’s going to happen. But if you can get a centrist in there, if you can get a Biden, if you can get a Harris, things are going to be that different. Maybe your taxes are going to go up. Maybe you know, maybe there’s a couple more regulations here and there and you might lose a little money off that, but if you get a warrant or a Sanders things, you’re going to get worse for you as they should because you’re going to have to start paying your fair share. The of us do. It’s time for you to do it, but that’s why these groups, these wealthy donors are backing away from Trump because they understand that right now they can keep things the way they are. But if Trump gets another four years in office, by the time his term is over, people will be demanding change and they’re going to gravitate towards a more radical candidate who is going to make life a living hell for these millionaires and billionaires who’ve had, it’s so sweet for far too long.