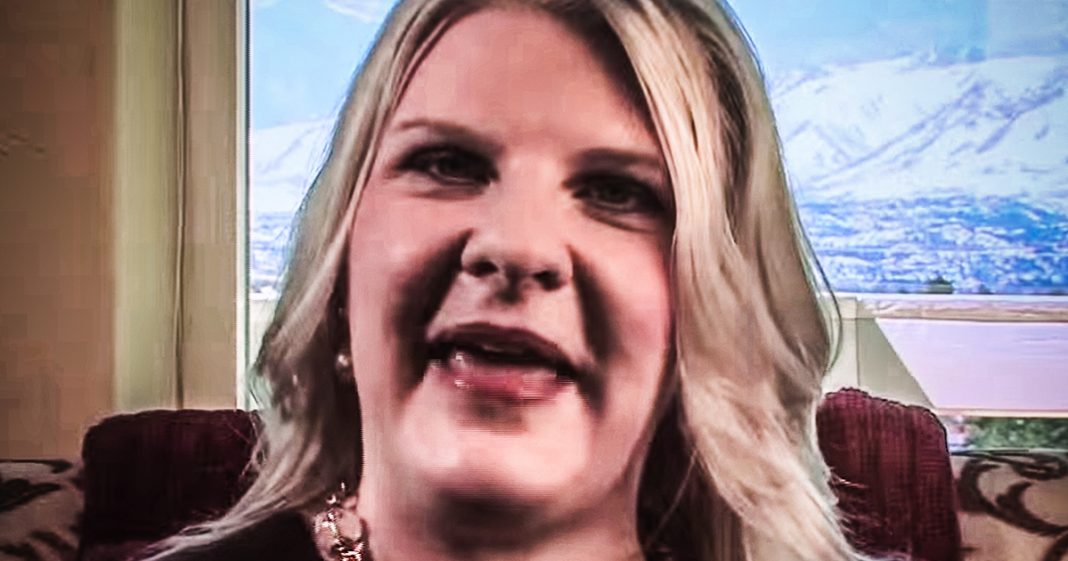 A Colorado Republican was arrested recently after she flashed a gun at a police officer who was trying to pull her over for driving 90mph through a construction zone. The woman, Kanda Calef, also sits on an advisory board that evaluates judges in Colorado, and has been described by The Denver Post as “an avid Trump supporter,” but she now faces a hefty jail sentence for threatening an officer. Ring of Fire’s Farron Cousins discusses this.

Last week it was announced that a Colorado woman was arrested after flashing a gun at an off duty US Marshall while driving down the highway in Colorado. Now that may not seem like a big deal, right? Why are we spending time talking about this story? Well, because this woman by the name of a Kanda Calef actually was a former Republican candidate in the state of Colorado. She also happens to us sit on the fourth judicial district commission that evaluates judges in the state of Colorado. She’s also according to the Denver Post and adamant Trump supporter, and she is a gun rights activist. This is a Republican woman who actually holds quite a bit of sway in the state of Colorado. So here is what she allegedly did. She’s driving on the interstate right down the highway pass as a construction zone. And you have this US Marshall out there who’s off duty, but there with the construction workers and you kind of signals for her to slow down, uh, because she was doing 90 miles an hour, which is also illegal.

Uh, and so not wanting anyone to tell her what to do. She pulls out a gun and just flashes it at him. The Marshall says she did not pointed at him, but she wanted him to know that she is packing and ain’t nobody going to tell her what to do. So not far down the road because the US, Marshall said he felt threatened. He calls it in. Trooper pulls up behind her, watch her doing 90 changing lanes in and out, driving or radically pulls her over. Finally he has his gun, uh, according to the report. Unholstered which means this dude knows that stuff’s about to go down. Luckily no shots were fired. This woman was arrested for threatening a federal officer and now she’s going to face trial for this, which could not only result in her going to prison and paying a massive fine. I mean the speeding through a construction site alone is a pretty hefty fine that she’s going to have to pay.

Of course, if she did it. But here’s the thing is the fun part. You know, being a huge gun rights activist and she did have a concealed carry permit, uh, she could actually under Colorado law be banned from ever owning firearms again if convicted of this crime. And that’s really just the icing on the cake. But even still, you might be asking yourself, why are we even wasting your time talking about this story? Because this woman Miss Calef for however the hell you say her last name. Honestly, I don’t care. She represents everything that’s wrong with United States gun culture. It’s not about protection, it’s about threatening. And that’s the difference. That is not what the Second Amendment was written for, right? The Second Amendment according to court interpretations so that people can protect themselves, protect your home, protect your family, whatever, not to go out there and actively threatened people who are trying to, in this Marshall’s case, enforced the law and you pull it out and say, look what I got. What are you going to do?

That’s illegal. That’s an irresponsible gun owner. And it’s people like that that shouldn’t be owning guns in the first place. If your first reaction when somebody tells you something is to brandish a firearm, then congratulations. You shouldn’t own a firearm. Now, me personally, if every gun on the planet disappeared tomorrow, I would be happy. I am totally okay with that. It doesn’t bother me one bit, but I understand we have laws, laws I may not agree with, and responsible gun owners, people who keep them locked up to where their children can’t get them. A thief can’t get them and they’re not out there carrying it around while shopping at Walmart. I guess that’s okay for now, but we have seen too many stories of these idiots. People like this, Miss Calef who go out there armed to the teeth to buy a gallon of milk. What the hell are you people so afraid of? What do you think’s going to happen during your trip to Costco? This is psychotic behavior and these are psychotic individuals. They’re not mentally well, and yet we’re allowing them to carry around a piece of metal that’s basically point and click and a human life is gone. When you look at it that way. Why don’t you think maybe just maybe we ought to reevaluate the background check process? Maybe take a little bit more time to look into what kind of creeps are getting their hands on these weapons so that they don’t go out there and brandish them to threaten a police officer while doing 90 miles an hour through a construction zone. If this woman hadn’t been white, I can almost guarantee you she wouldn’t be alive today.

Sorry, but that’s the way it works in this country. But a white woman already breaking the law then flashing a pistol. Now she got taken quietly, got out on bail, did our little court appearance and now is awaiting a trial. But had she been any other ethnicity, she’d already be six feet onto the ground.