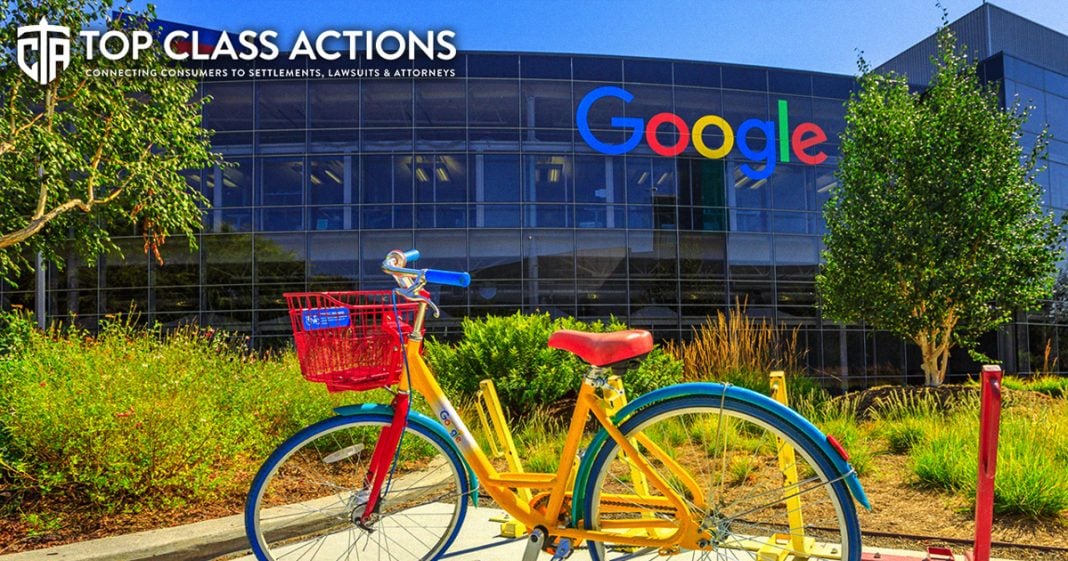 Google was unable to escape a class action lawsuit alleging the tech giant discriminates against conservative white male job applicants. Although Santa Clara County Superior Court Judge Brian C. Walsh indicated some hesitancy, he denied Google’s push to toss the case, at least at this point. A group of software engineers alleged in their class action lawsuit that they and others were penalized for expressing conservative viewpoints, in addition for being white and male. Ring of Fire’s Farron Cousins discusses this with Scott Hardy from Top Class Actions.

Farron Cousins:                  For quite some time now, conservatives here in the United States have claimed that some of the biggest social media companies, search engines have actually been censoring them. You know, Twitter has allegedly been engaging in shadow bands of conservatives. Facebook is blocking conservative voices. All of that technically according to the terms of service for those websites they are allowed to do. But what these companies are not allowed to do is use somebody’s political preference as a means to hire or fire them. And according to a new lawsuit, Google may actually be involved in doing just that.

Joining me now to talk about this is Scott Hardy with Top Class Actions. Scott, there is a world of difference than a website not allowing somebody on it versus a media company like Google saying, oh, we’re not going to hire you because you’re conservative. One of those is just a company’s preference, the other blatantly against the law. So tell us what’s going on with this lawsuit here.

They weren’t mailmen. But you get what I’m saying. White males that were, were starting little groups and conversations within Google itself, kind of saying that they were feeling like they were being outcast. And so you had these groups that started and then you have it kind of bubbling up more where you have people saying that they were applying to Google, that the might’ve been well known or actually published papers supporting a conservative slant and they weren’t hired.

You know, they were pushed out of the hiring process as the, the hiring managers were doing their due diligence. And as you said, if you’re not being hired because you’re a Republican, then that is just outright illegal. That’s, you can’t, can’t do that. If you’re being not being hired because you’re not qualified than hey, sure. But you can’t have the slant. And a big reason that the judge actually was very dubious about letting this case go forward is because now we’re in the discovery phase. And so the plaintiff attorneys can start subpoenaing records from HR, from hiring managers, from executives. And that could be a PR nightmare for Google. But we’ll see.

The judge has said, you know, the judge is really close to just throwing it out because they don’t, you know, hiring somebody. There’s a lot of nuance to it. You know, you’ve got to hire somebody that you like, that you want to work with. And the judges said, you know, maybe Google was doing something illegal, but, you know, make sure that you’re not abusing the discovery process, that you’re not trying to subpoena records that have nothing to do with this case. Because if you are starting to abuse it, I’m probably gonna throw this case out. So it’d be an interesting one to watch.

Farron Cousins:                  Well, and what’s really interesting to me too is that one of the original plaintiffs on this lawsuit, you know, a man by the name of James Damore. Damore, however you say that. But he pinned a memo that I’m sure most people are familiar with saying that women are biologically inferior to men when it comes to taking jobs in the tech industry. So suddenly this whole thing kind of takes on a whole new meaning because like you said, you’ve got a bunch of white men, conservative white men who claims that they were either denied employment or, you know, terminated, I guess because they were white male conservatives.

Yet at the same time, they’ve already, we’ve seen from at least, you know, the original plaintiff that this guy obviously thinks men are superior to women. And let me tell you, if you’re going around your workplace saying things like that and you get fired for it, suddenly you’re not being fired just because you’re conservative or just because you’re a white man. It’s because one, you’re absolutely being discriminatory in your own point of view. But second, you’re creating a toxic work environment for everyone there. And yes, that is justifiable.

So I’m going to be honest here, I don’t side with the plaintiffs on this. I do not necessarily believe that that is what has happened here. I, this may be the first time I’ve ever had to say this to you, but I will also add if this is something Google is doing, than it is entirely illegal and they need to face the music for it. And no way would I ever condone not hiring somebody or firing somebody just because of their political affiliation. Even here at Ring of Fire, which obviously we have a leftward slant.

We have had numerous republicans that have worked for us for several years with this particular program. So even we, a left leaning media outlet has no problem hiring conservatives. We get along great. They’ve been good friends over the years. So Google can suck it up too. But I don’t think that that’s what’s happening in this particular instance. Perhaps I’m wrong. We’ll have to wait and see.

Scott Hardy:                          Right. I, I think that, you know, if there was a problem, I think it was probably addressed when you had this big issue a few years ago. From what I’m seeing, you know, the, the difficulty you have is that if you’re a challenge to work with, then you’re not going to last. It’s, it’s all good to be Republican be Democrat, be libertarian, go to the Green party, that’s fine. But your work quality is your work quality. And if you kick butt and you keep your head down and work, you’re going to do great. But if you’re sitting there and you’re, you’re, you’re causing other coworkers to have a problem.

And, and you’re, you’re writing papers that sit there and absolutely discriminate against the other sex and you know, you’re going to get fired. I mean, come on. You have to have a common sense approach at some point where you, you want to work with people that don’t have to have the same political beliefs like you just said, but you know they work hard and you enjoy spending time with them. Because you’re going to spend more time with them than anybody else other than your family.

Farron Cousins:                  Absolutely. For more information about this particular topic, you can follow the link in the description of this video, head on over to Top Class Actions and make sure you sign up for their weekly newsletter. Get all of these stories plus many more delivered directly to your inbox each week. Scott Hardy, Top Class Actions. Thank you very much for talking with us today.