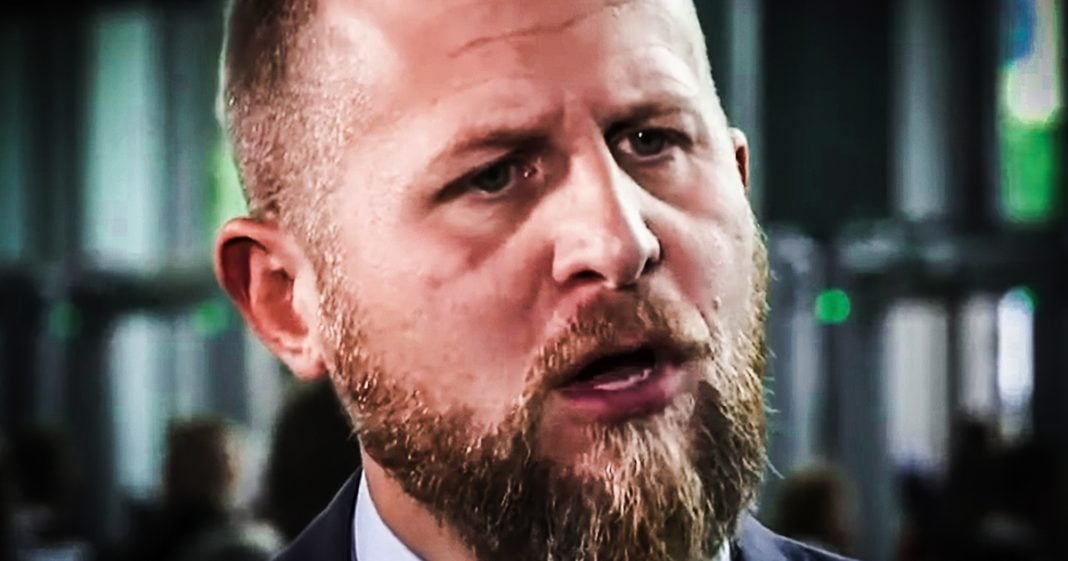 If there’s one thing this administration has never been short of, it’s confidence. And that confidence, which would be more accurately described as arrogance, is making its way into Trump’s campaign, with his campaign manager Brad Parscale saying recently that Trump would definitely win reelection even if the election were held today. Well, the polls don’t show that, but Parscale may not be as wrong as you’d like to think. Ring of Fire’s Farron Cousins discusses this.

The entire Donald Trump reelection campaign might be in one of the worst states of denial that I think I have ever seen. In addition to Donald Trump saying that all of those polls, which is literally every poll showing him losing to most of the Democratic field, even in swing states. Uh, in addition to him saying that all those are fake or they’re inaccurate or they’re not real, we have as campaign manager, Brad Parscale, who just last week prior to Donald Trump’s a kickoff rally in Orlando, Florida, did an interview with CBS News where he said that I believe if the election were held today, right now, what we see Donald Trump would win in quote an electoral landslide. And when asked to explain what the hell exactly an electoral landslide would look like, he said, Oh, you know, he’d just get more electoral college votes than he got last time. Now, there’s several interesting things to Parscale’s statement here.

First and foremost, he didn’t say he’d win the popular vote. He specifically only mentioned electoral college votes, which to me indicates that Parscale’s admitting that we know this guy’s not winning the popular vote. Again, I mean look at his approval ratings, so we got a hope that the electoral college comes through for us. Once again, the second thing is that there is literally no poll available including those put out by Fox News itself that show the president winning the 2020 election. And as I’ve said before, those are going to change. There’s going to be ups and downs and scares and sighs of relief all between now and the election. So maybe those aren’t a hundred percent reliable. But again, he said as of right now and yes, if the election were held today and those polls are accurate, Trump isn’t winning. Third thing, Parscale’s 100% correct in his analysis.

And the reason I say that after talking about all the reasons why he’s wrong is because we cannot ever get a sense of security with regards to Donald Trump. After all, all of the polls showed that Hillary Clinton was going to win in 2016 technically those polls were accurate because she did in fact win the popular vote, but unfortunately in our backwards democracy, that’s not how it works so we can’t get comfortable. We can’t think for a second that this thing is in the bag. We made that mistake in 2016 and I know and we’ve discussed them at length that Hillary Clinton had a lot of issues, but we still, a lot of us didn’t think that it was ever really going to happen. We underestimated Trump, we underestimated base and we underestimated how much people in this country actually fell for what he was saying and we can’t do that again.

The poll showing Donald Trump beating or losing, excuse me, to everyone else are essentially meaningless for this democratic race. If candidates focused on the issues, if they keep talking about pocket book issues for American citizens, yes, then we can beat him. But if we ever stepped back for a minute and think, oh, we don’t need to talk about issues with, just keep hammering how bad Trump is and his numbers are going to go down. If that’s the way the Democrats are going to act, then yeah. Parscale’s 100% right, and Trump could be headed for that electoral landslide.