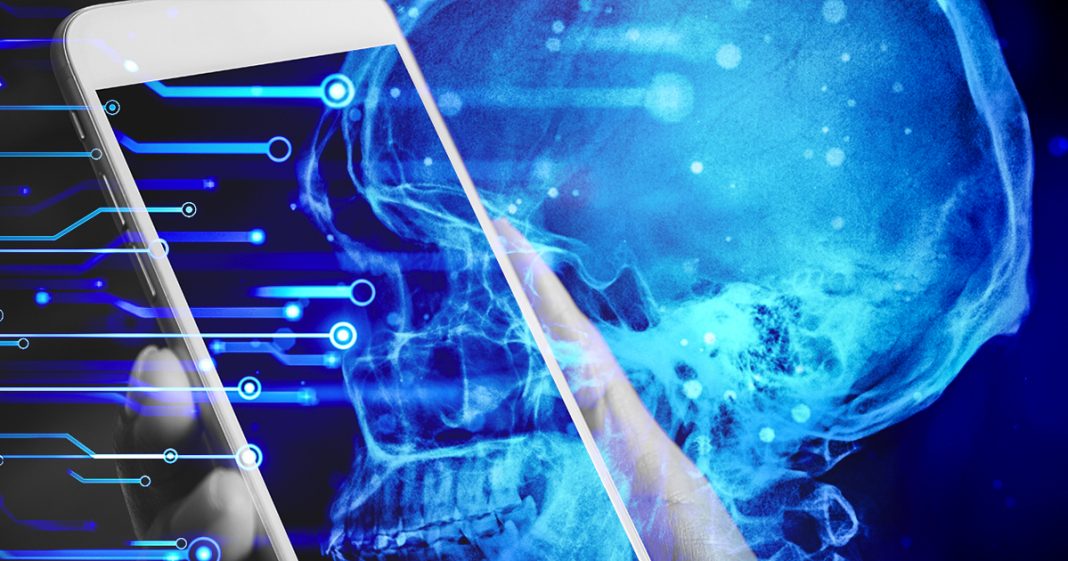 According to a study by researchers in Australia, children are beginning to grow “horns” on the back of their heads at the base of their skull, and they believe that the over-use of cell phones is to blame. These “horns” are actually small bone spurs that are caused by poor posture, but apparently the media wanted to jump on the narrative that children are addicted to their devices. Ring of Fire’s Farron Cousins discusses this.

A terrifying new study has come from researchers in Australia telling us that young people across the planet are developing horns on the base of their skull. And these researchers claim that cell phone use is to blame. Children are growing horns and it’s all because of the cell phones. Or at least that’s actually what all the headlines about this ridiculous story wanted us to believe after. I mean, here’s the headline for the Washington Post for example, horns are growing on young people’s skulls. Phone uses to blame research suggests it. Here’s the thing though. Uh, the study put out by these, uh, researchers in Australia at the University of the Sunshine Coast in Queensland, Australia. That’s not exactly what they said and they don’t even necessarily agree that we should call these things horns. What these researchers are pointed out is that they’re seeing more and more instances, uh, via x ray or any kind of other imaging that young people in this country are starting to develop. Some of them, not just this country across the world starting to develop these little, uh, I guess they’d be called bone spurs that measure only millimeters in length at the base of their skull. And they attribute that to this.

That’s it. That’s what it is. Basically poor posture is causing children, young adults to develop these little callus like bone spurs. And they actually say that that’s the best comparison. Like a callus. You overwork your fingers or whatever it is you’re going to develop calluses. This motion here, holding your head down is going to overwork the muscles and tendons in the back of your neck. And you’re going to develop this little, a bone like calcium, a callous almost. But the media wants us to think that those damn kids on their damn cell phones all the time have now started growing horns because they can’t put their phones down for five minutes when in fact, this study just says, Hey, yeah, you know, computers, technology, phones, even, uh, the constant looking down, people have bad posture and now it’s starting to actually affect our physiology.

That’s what this study is about. And yes, they do slightly blame phones because after all today we’ve looked down probably a little bit more than we did in the past, but they also point out this is not even a new phenomenon. I mean these little horn like structures, bone spurs were identified all the way back in the 18 hundreds except back then. It typically affected the elderly, you know, because they would sit at home more frequently than the rest of the people who had to go out and actually work back then. And what would they do? They’d read, they’d knit, they do other activities where there posture would get worse and they would be looking down more. They didn’t have cell phones back in the 18 hundreds but they still develop these things all because of poor posture that came along with getting older. And yes, they are developing sooner in people now and that’s what the researchers are telling us.

But these scare tactics from the media is like cell phones or causing kids to grow horns. That is insane. And that is everything that is wrong with the media today. They took this study absolutely distorted and contorted it into something almost unrecognizable just to scare parents and other people into thinking that kids are spending too much time on their cell phones. When in reality, this applies to anyone who sits at a desk, at work. Anyone that sits and reads newspapers for too long or reads books for too long or otherwise is sitting with poor posture. The researchers actually recommend a few things to counteract this. Stand up every now and then stretch. Maybe go see a chiropractor, do some yoga. This isn’t a life threatening thing. Hell, it’s not even a threatening thing, but the media hyped this so much that I guarantee you there are people on this planet right now who think children are growing quite literal horns out of their brains because they’re using their phones.