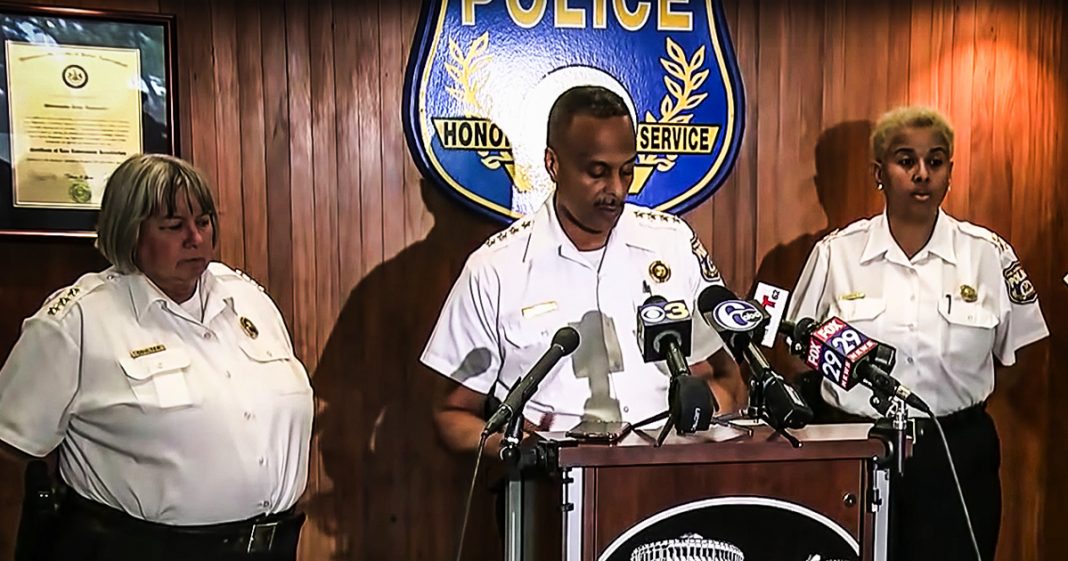 The city of Philadelphia’s police department has removed 72 officers from the streets after they uncovered thousands of abusive and often racist social media posts made by the officers. This is the kind of analysis that needs to be done by police departments in every single city in this country, and it is certainly a good start to help removing these commandos who shoot first and never ask questions from our streets. Ring of Fire’s Farron Cousins discusses this.

Last week, the Philadelphia Police Department, which includes more than 6,500 uniformed police officers, announced that they were pulling 72 officers off of the streets and putting them on desk duty because they had uncovered thousands of abusive, hateful, and oftentimes racist social media posts by these 72 police officers. This was actually uncovered by a group called the plain view project and they began looking into this issue after they had found a few, you know, offensive posts by Philadelphia Police Department’s police officer, and what they wanted to do was basically see if these people’s a Facebook post or Twitter post or whatever it is, if that influenced their behavior while out on duty. They went through more than 3,100 posts, oh, excuse me, I’m sorry. 3,100 is the number that they concluded came out with a racist, offensive or abusive material. That’s the end result is 3,100 abusive posts by these officers. But don’t worry, you know, 72 that may seem like a small number and a, you know, police department of 6,500 but they’re actually also looking into 2,900 other officers who have also been busted with these offensive social media post 2,900 at a 6,500 okay, that’s insane.

That’s more than just a few bad apples. That’s not a fraction of a percent. That’s in the double digits. Approaching half of these police officers in one city in this country. Here’s what some of the, uh, posts had to say. Officer’s advocated shooting looters on site and using cars to run over protesters. Numerous posts deemed Islam a cult and not a religion, and referred to Muslims as savages and goat hampers. And in many others, officer’s joked about beating and raping women and they’re on desk duty now. They’re not off the force. They’re still getting paid. They’re not on vacation. They’re just sitting at a desk each day, you know, easy. In fact, they don’t even have to risk their lives anymore. This is a cake walk for them, okay?

But it’s not just limited to Philadelphia. This plain view project is also looking into police officers and other cities across this country. And that’s good. These people need to be off the streets. There are some excellent police officers in this country. But as we’re finding out more, more frequently, there’s also a hell of a lot of bad ones. So many bad ones. In fact, as this story points out that it’s difficult to say that it’s, Oh, it’s just one or two here, one or two there. When you watch those videos of them pulling guns on a family and a woman holding her child, uh, that was just, that’s because that cop was bad. No, this is systemic. It is spreading. And hopefully these organizations like plain view project help bring more of this to light because if the officer’s willing to joke about these things online or post these racist memes, they say they’re posting, that’s going to permeate into their professional life. And the sooner we get them off the street, the better. Because maybe if we can go through and weed out these disgusting individuals just may be, we’d stopped seeing so damn many stories about angry police officers shooting unarmed innocent civilians because the police officer felt a little agitated when in reality it’s because the police officer didn’t like the color of that person’s skin or didn’t agree with what religion they subscribe to.