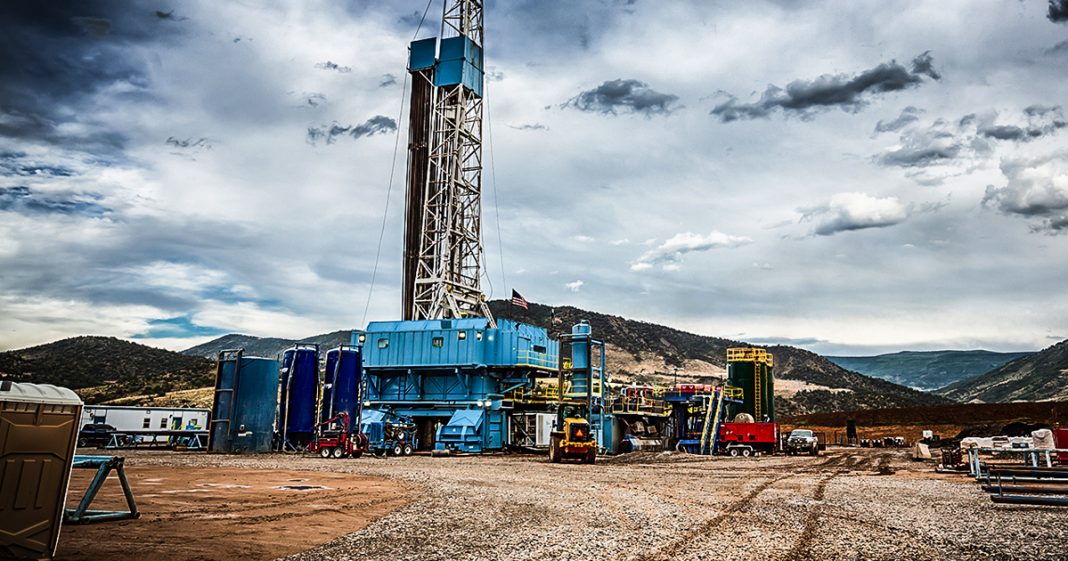 According to a new scientific analysis that looked over data from more than 1,500 studies on fracking, there is absolutely no safe way to perform fracking operations that doesn’t involve severe threats to both human health and destruction of the environment. Politicians tout fracked gas as a “bridge fuel” but that is a bridge that should never be crossed, as Ring of Fire’s Farron Cousins explains.

Last week, a new study came out that actually analyzed roughly 1,500 different studies and media reports and other analyses of fracking here in the United States and there’s new study that looked at all of the available information came to the conclusion that fracking has to be banned. There is no safe way to frack anywhere that doesn’t either destroy human life or destroy the environment and in nearly all cases actually it does both 1,500 studies and reports analyzed for this new report and that is the overwhelming conclusion of all of those years of research. Here are some interesting data points. They found 69% of original research studies on water quality found potential for or actual evidence of fracking associated water contamination. 87% on air quality found significant air pollutant emissions and 84% of the studies on human health risk found signs of harm or indication of potential harm. Here is a direct quote from the study.

There is no evidence that fracking can operate without threatening public health directly and without imperiling climate stability upon which public health depends. So not only do the chemicals and fracking get into our water, they slowly poison us, but we get the double whammy of that because of the increased emissions from fracking and the fracking and the, uh, air pollution from fracking then comes back to hit us with that second round of a contamination. And here’s the thing about this. Again, the study concludes fracking has to be banned. There is no safe way to do it. There is no clean way to do it. But more importantly, we’ve been told for years now by Republicans and even some Democrats, plenty of Democrats, to be honest, that fracking is a bridge fuel. It’s going to take us away from the dirty fuels like coal and oil and bridge us over into solar and wind and all that good feel good, doesn’t pollute the world energy.

But in order to get from here to here, we got across that natural gas bridge, which scientists tell us, no, we don’t. We could actually just hop right over to the other one. Yes, it would take some infrastructure investments, but we could do it. We do not need natural gas as a bridge fuel. Natural gas is not cleaner than other forms of fossil fuel. In fact, some studies even suggest that over its lifetime, fracked gas is just as dirty as coal and in spite of all of this, in 2016 the Democratic National Committee refused to adopt as part of their party platform that we will not fracking and that fracking should be banned. And I know next summer we’re going to have to come up with a new DNC platform, right? You have a new candidates and new party. It’s a new day. We got to figure out what we’re running on in banning. Fracking should be right there near the top of the list. There are no more excuses. Fracked gas is not going to save us or make the environment any better or protect our health. All of these studies are telling us the exact opposite of that. We are poisoning ourselves and lying about it in the process, not just lying to the public, but lying to ourselves. If we think that fracked natural gas is somehow better than the other dirty fossil fuels we’ve been burning for centuries.