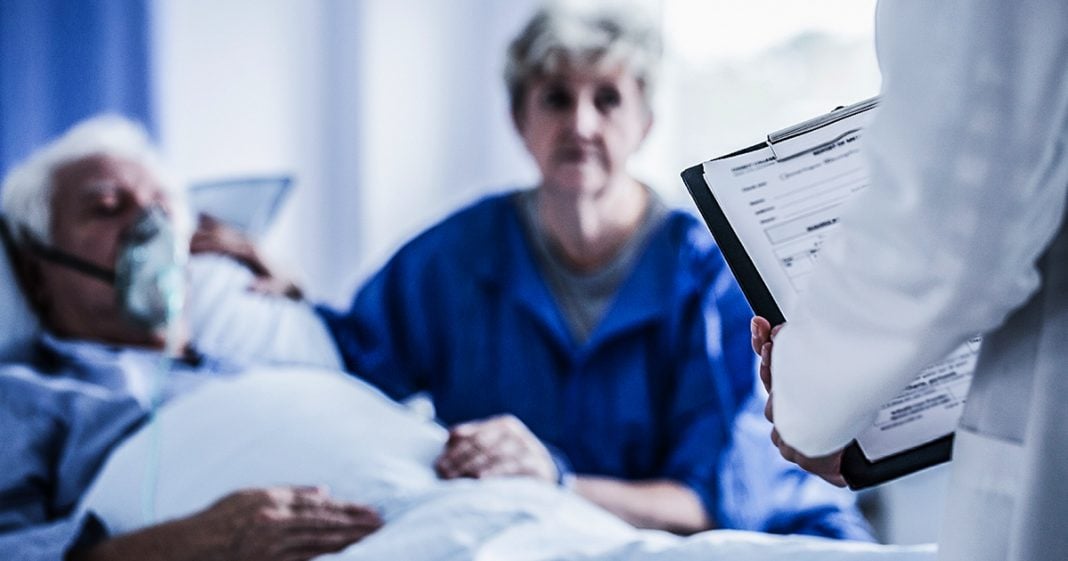 Republican policies are usually designed to benefit the wealthy while punishing the less fortunate, and a new study proves that their Medicaid work requirement rule has succeeded in kicking more people off the government’s health insurance program while doing nothing to increase employment among that demographic. But, as Ring of Fire’s Farron Cousins explains, that was the intention of this policy from the start.

For many years, Republicans had been telling us that we need to put means test onto social safety net programs that help out the less fortunate. Basically they want to make sure that these poor, downtrodden American citizens aren’t just trying to scam the system. Kicking back a life of luxury living off Uncle Sam’s teat. And that is exactly what Republicans think that poor people in this country are doing. So Donald Trump comes along, he puts this means testing onto Medicaid a work requirement saying you have to work uh, a certain amount of hours, 80 hours per month if you want to get Medicaid. Will recently a study looked at what this policy is done just in the state of Arkansas and they found out that people are getting kicked off Medicaid because they can’t meet those work requirements. Yet at the same time, joblessness in the state has not changed whatsoever. Meaning this Republican policy hasn’t done a single thing other than kick people off Medicaid.

Here are the numbers and these are absolutely striking. The share of adults between the ages of 30 and 49 who had Medicaid coverage fell from 70.5% to 63.7% after the requirements were implemented, contributing to a 4% increase in the uninsured rate in the state of Arkansas, so the number of uninsured people increased by 4% the employment rate went down 4% over the same period, so not only do fewer people in the state have insurance now, but there’s also fewer people in the state working. There is no correlation. This study says between putting these work requirements on a program like Medicaid and increasing the working population may be that’s because people aren’t poor because they’re lazy. That is an idea that Republicans have been pushing on us since Ronald Reagan came out in the 80s with his welfare queen attack ads saying that, oh, these lazy people out there just want to get government benefits and not do a bit of work.

There was no statistics, no data to back up this claim, but it is a claim that has been running strong in this country for 40 years now and that is what is driving these republican policies. It’s not because they think, oh, you know what? We should really let these people get jobs. That’s what’s holding them back. The government’s holding them back. No, maybe these people who aren’t able to support themselves and need the government assistant, maybe it’s because they have some kind of handicap and corporations don’t necessarily want to want to reach out to those people. Some do, some do a phenomenal job of it. Others, man, no thanks. Perhaps they have a mental illness that prevents them from being able to work a full time job or even a part time job. There are many other circumstances that human beings in this country face that would otherwise prevent them from holding down a job, but according to Republicans, the only reason any human being doesn’t work is because they’re lazy and they just want to sit back and collect their government checks, sipping pina coladas poolside. But unfortunately, as even this study points out that isn’t happening.