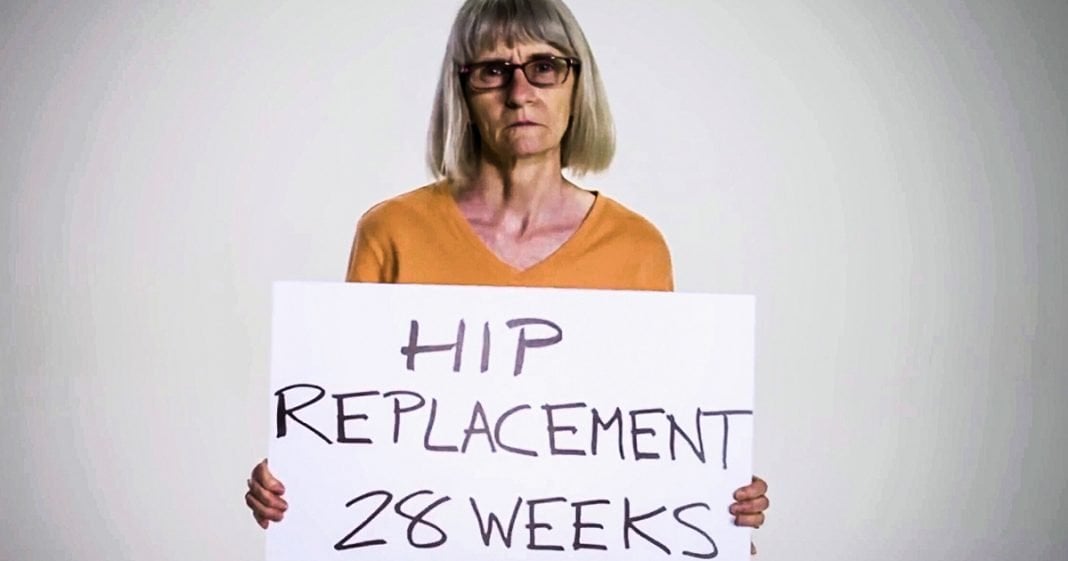 A Republican-aligned group called One Nation has launched the first of what is to be a series of ads attacking Medicare For All. The ad features “real” people who claim that they had to wait an obscene amount of time to see a doctor because their country has socialized medicine. This is false. Studies show that the wait times for countries with universal healthcare is on par with wait times in the US, and in some instances it is actually faster. Ring of Fire’s Farron Cousins debunks the lies in the video.

Farron Cousins:             The Republican led attacks on Medicare for All our hitting the level of being. Absolutely and completely absurd. Recently a group called one nation announced that they were going to be spending a $4 million initially and then they’re going to put more money into this, but they’re launching an effort to miss inform people about what Medicare for All would actually do here in the United States. Now it’s not their stated mission to misinform people, but that is exactly what their very first ad does. Here’s a look at the Ad,

That doesn’t happen. These people are absolutely lying, but of course that’s never stopped any republican group in the past from making absurd accusation. It’s about really anything and that’s exactly what they’re going to do with Medicare for All here. As I mentioned, this first Ad Push, which is going to cover online media, radio and TV is going to cost $4 million, but they plan on spending more fighting Medicare for All than any other group out there. And again, the group’s name is one nation in case you forgot, but unfortunately they are a 501C for nonprofit. So, uh, we don’t have to get information, they don’t have to disclose, I should say who their donors are. So we’re not going to know who’s funding this group that has a members who are closely aligned with Mitch McConnell. But I’m willing to bet, you know, logic would tell us that it’s more than likely the healthcare industry funding these ridiculous lie filled ads.

So if you see one of these things out there, do us all a favor if you see it online, please, in the comments of any of these videos or stories you may see post links to accurate information showing that this crap is such a hoax. Because it’s one thing for me to sit here and say it, but unless we all fight back against this misinformation, it’s not going to make a difference. This is a homework assignment, folks, because it’s on every single one of us to fight misinformation. We can’t hope that a few people out there talking about how stupid this is, is going to convince the public. Otherwise, get out there, find the correct information, and fight this group with everything you’ve got. And what we’ve got unlike them is knowledge, facts, and statistics.