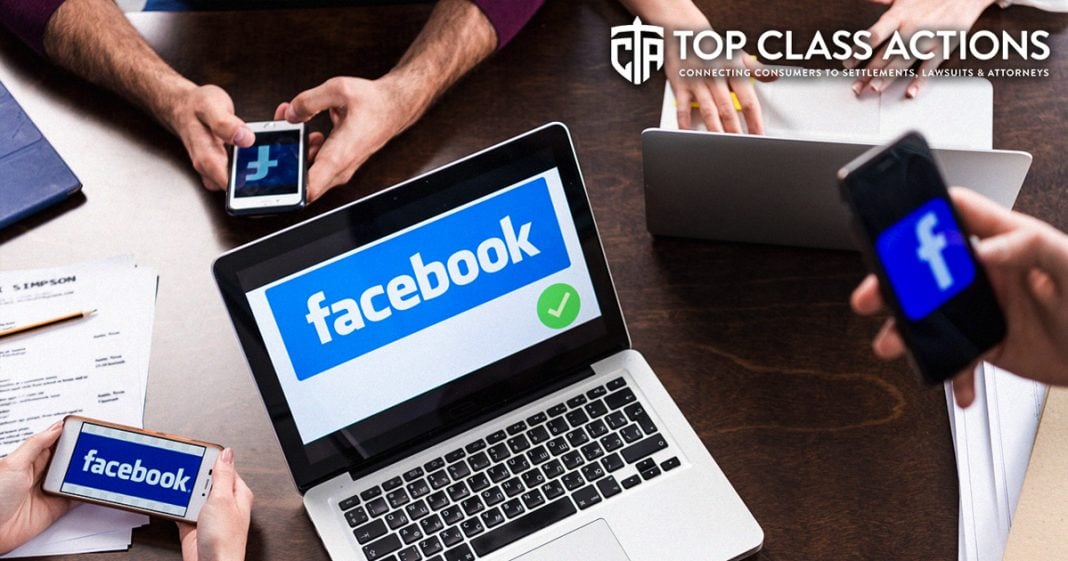 Three Arkansas businesses have taken on Facebook over claims that the social media giant favors large businesses over small ones when it comes to advertising, effectively violating its own standards and advertising policies. They claim that they were blocked from advertising with Facebook because they pay less than larger competitors. Ring of Fire’s Farron Cousins discusses this with Scott Hardy from Top Class Actions.

Farron Cousins:                  Facebook has become one of the largest advertisers here in the United States. It’s where companies, big and small all go to advertise their business, their products, whatever it is. Facebook can get you in front of the people you need to be in front of. But unfortunately, according to a new class action lawsuit, Facebook might actually be favoring, no surprises, large corporations as opposed to smaller businesses who are paying the same amount.

Joining me now to talk about this lawsuit is Scott Hardy from Top Class Actions. Scott lay this one out for us. This is a pretty interesting story, you know, if what’s alleged in this lawsuit turns out to be true. What’s happening here?

Scott Hardy:                          Sure, yeah, it’s interesting on a couple of levels. As a small business owner myself, and you’ve got Facebook and of course all of us do have some advertising in some way, shape or form on Facebook. You know, we’ve got 130,000 Facebook fans and we want to reach them, but Facebook now has changed the algorithm. So if you want to reach all of your audience or a big portion of it, you have to pay them.

Even if everybody is following you on Facebook, they still will not show it to all of your viewers because they’re trying to obviously get paid for having that platform. Now usually when you’re buying advertising on Facebook, it goes on a bid system. And so if you want to go ahead and advertise to one subset of customers, consumers, then you can go ahead and bid, you know, up to a $1, $5, whatever it is per click.

You could also have a budget set up that will just start showing ads. And if you’re bidding the right amount, then your ads should be showing up. Well, you have these three companies, two firearms manufacturers, and one company that sells ammunition and jewelry. Well, they were both shutdown as Facebook advertisers and Facebook says it’s because you’re, you know, you’re running firearms related ads.

Well what these folks are saying is, you know, we’re running the same types of ads as big companies that are actually paying Facebook a whole lot more money. So even though we might bid more, or even though we’re trying to advertise and we’re selling the same types of things, Facebook is banning us from actually posting ads and not posting our ads while they are posting those ads for the exact same types of companies who just spend a heck of a lot more money on Facebook. Which of course is just, it’s, it’s unfair and not right.

You can’t go ahead and say you can’t post ads on this because they’re firearms or ammunition related or whatever the case is, but then have somebody else who pops up with, you know, I’m just making a number up here, $1 million ad budget, and go, hey, we’re good friends. You’ve got a lot of money. Let’s go ahead and figure this out.

Farron Cousins:                  So it’s not, you know, if Facebook were to come out and say, look, nobody can advertise firearms or ammunition, and if they applied that across the board, you know, we, we wouldn’t necessarily be having this conversation today. If that is part of their terms of service, you cannot advertise firearms. Fantastic, great. We’ll move on. But the fact that other larger companies, as you say, are able to advertise these same products in the same manner, but these companies have been told, nope, you can’t do it because of what your advertising. And I know a lot of our viewers probably say, okay, well good. We don’t want people advertising for guns.

Look, I’m no fan either. However, the rules have to be applied equally. If you’re going to tell one group, you can’t do this, you have to tell all groups, you can’t do this, but that’s not what’s happening here. So this is essentially a form of discrimination by telling these small businesses that, hey, you can’t do this, but it’s totally okay if a multimillion dollar company does what we’re telling you is not allowed on our forum. This seems pretty straight forward. I mean, Facebook absolutely seems to be in the wrong on this issue.

So you know, we ran a foul of the law reporting on class action lawsuits. So we’re reporting on class action lawsuits regarding some sex toys. Now we’re not, obviously we don’t sell sex toys. Not My business. I’m not planning on getting into it. But Google said, hey, we’re not going to show ads on these pages because you are violating our ad policies. And were like, hey, no, we’re not.

We’re not pushing the sex industry by any way, shape or form, we’re just informing people about class action lawsuits effecting these specific devices. I escalated that up. Oh, sorry, we’re still not going to show ads on those pages. You’re out of luck. But when you have a whole lot of money and you’re a big company, you get your own dedicated reps and you can try to finesse things so they will understand that you’re not breaking the rules.

Now, Facebook has had a huge crackdown on gun-related posts on Facebook, and specifically they used to have Facebook groups dedicated to selling guns. So you could go ahead and join this group and it was buy, sell, trade firearms. Now they’ve said, no, we’re not going to be involved with firearms ammunition anymore. If you do this, you’re going to be dropped. So they’ve canceled and eliminated those Facebook groups and done their best. They still pop up on occasion, but then they get blocked pretty quickly.

Farron Cousins:                  Right. Anytime rules are applied only to one specific subset, you know, whether it’s people, businesses, whatever it is, if the rules only apply to a specific subset than that is, you know, textbook by definition discrimination. This seems like it’s going to be a pretty slam dunk case for these advertisers here. But for more on this issue, follow the link in the description of this video.

Head on over to topclassactions.com and while you’re there, make sure you sign up for their weekly newsletter, one of the best resources available for consumers to arm themselves with the knowledge they need to know about. Scott Hardy with Top Class Actions. Thank you very much for talking with us today.