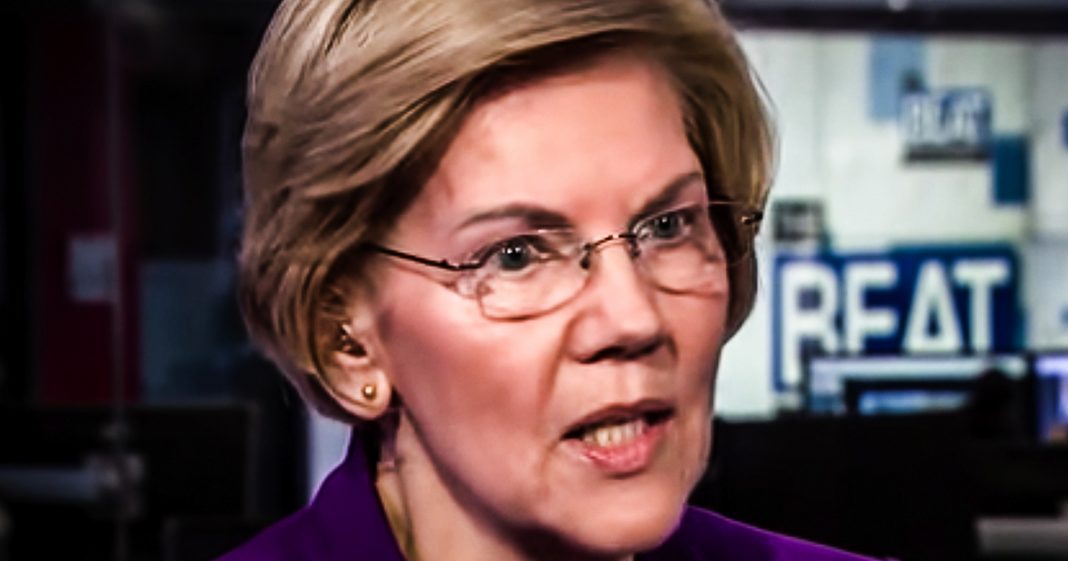 Senator Elizabeth Warren says that private prisons have no place in America, and she has a plan to abolish them if she becomes our next president. Her plan is simple and wouldn’t necessarily need approval from Congress. But more importantly, it is something that is desperately needed in this country. Private prisons have horrible track records and they really shouldn’t be allowed in this country at all. Ring of Fire’s Farron Cousins discusses this.

This past Friday, Senator Elizabeth Warren unveiled her latest plan. And this one would call for the complete removal of private prisons here in the United States. Very simple plan to be honest. And the best part about it is that to enact most of this plan, she wouldn’t even need to go through Congress to do it. So this is something, this is the kind of thing we want to see more of from candidates. This is something that’s not going to be dependent on which party controls the house or the Senate. This is something the president can do. And here’s just a few quick hits here. Let’s all contracts that the bureau of Prisons, ice and US Marshal Service have with private detention providers will be gone. No more federal money. You don’t get any contracts with us for money, for prisoners, nothing those days are over, which at that point basically means private prisons get shutdown and abolished.

Uh, private prisons are going to be subject to FOIA requests. So if we have any kind of issue or reporters have any kind of issue, they think maybe something a scam, he is going on there, they’re going to be able to FOIA you and get all that information and release it to the public. That is a little piece of this plan that I love because that’s not typically something people would think about. But Elizabeth Warren did and that’s one of the reasons I think this is such a great plan. That’s going to prevent companies from charging for reentry, supervision and probation services, something that should be tax payer funded. It, it is with regular prisons, but we contract that work out to private prisons plenty of times and yet not going to happen anymore. Now, Elizabeth Warren got a lot of publicity for this over the last few days because one, it’s an excellent plan.

But here’s the issue though. Bernie Sanders has been calling for the abolition of private prisons since at least 2015 that was actually a part of his presidential campaign when he ran for president last time. So it’s not like this is a new idea. It’s not like it’s a novel idea. Elizabeth Warren was not the first one to come up with it. Having said that part. Oh, and Beto O’Rourke I guess also does want to do away with private prisons, so good for him for having an idea there. I think this is a great plan by Elizabeth Warren and I do not wish to demean it in any way at all, but I also believe that we need to be giving credit to other people who also come up with this. Now the question is, do they have plans? Do they have concrete ideas and paths forward like Elizabeth Warren does on this particular issue?

That remains to be seen. It’s one thing to just go out there and say, I support the abolition of private prisons. It’s another to say, I support the abolition of private prisons and here’s how I’m going to do it. That’s the difference between having an idea and having a plan, and that is one of the reason that Elizabeth Warren is starting to rise even further in the polls right now. It’s not just that she has ideas, but that she has plans. I don’t get me wrong, Bernie Sanders has plenty of plans as well. He is not lacking in that department, but damn near everybody else running for president is this truly is a two person race between Warren and Sanders, and in my personal opinion, they both have some issues, but I am perfectly 100% cool with either one of them being the next president of the United States.