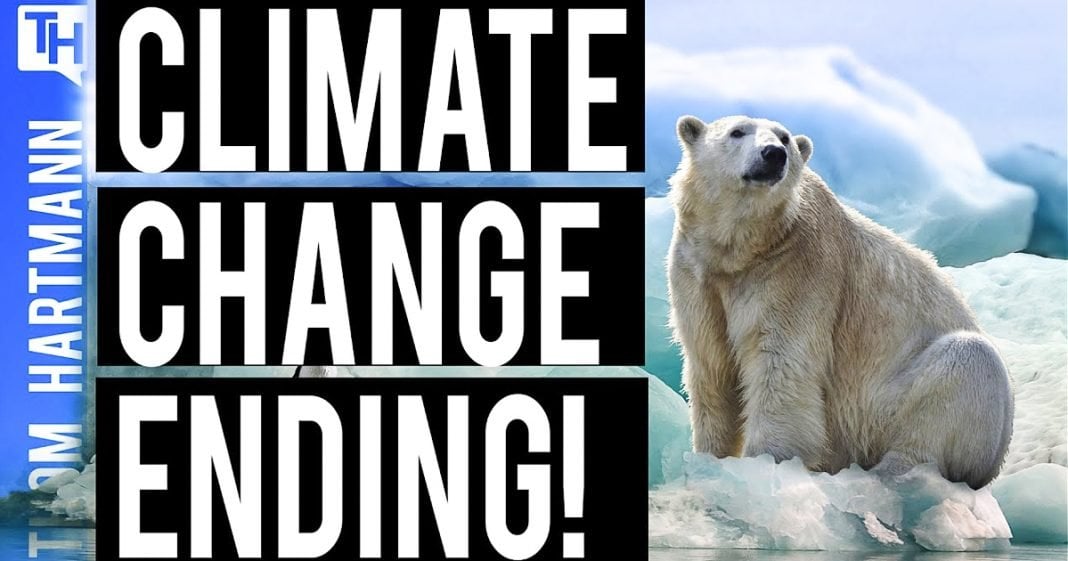 George DiCaprio stopped by to talk about the film documentary Ice on Fire. Global warming and greenhouse gases are causing a climate crisis, climate disruption, and an environmental crisis. Ice on Fire, narrated by Leonardo Di Caprio and also featuring Thom Hartmann, covers the acceleration of climate disruption, the human response with the stories told in the movie discussing climate change and the greenhouse effect.