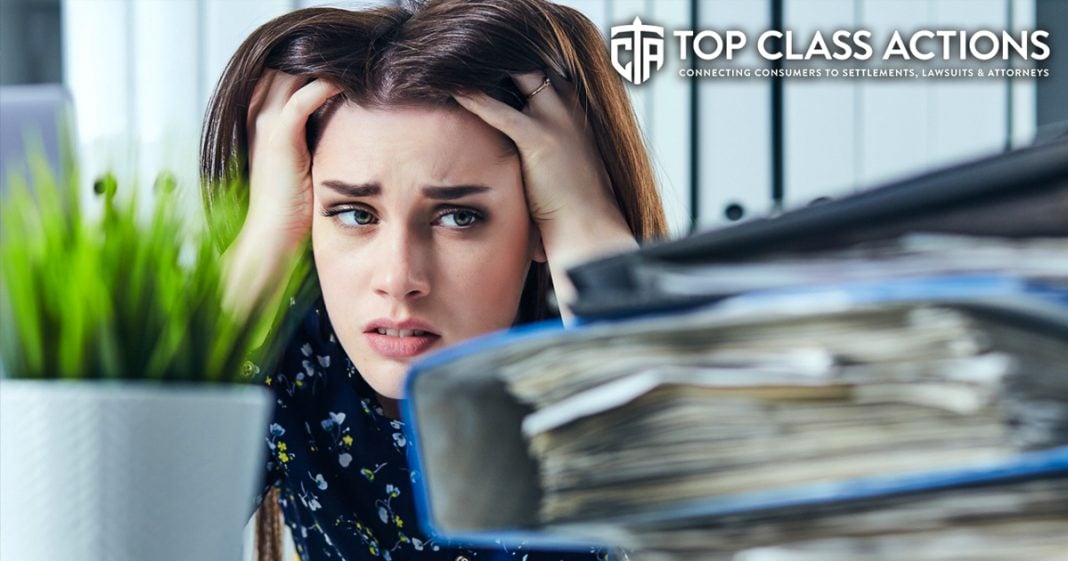 The federal Fair Labor Standards Act (FSLA) requires employees to be paid overtime for all hours worked over 40 each work week.  There are a few employees who are exempt from overtime pay, such as executives running a business, certain administrative personnel, and professionals (such as doctors and lawyers). But all too often, corporations try to get away with NOT paying their employees the wages that they are legally owed. Ring of Fire’s Farron Cousins discusses this with Scott Hardy from Top Class Actions.

Farron Cousins:                  One of the things we’ve learned in the last couple of decades now is that corporations, the bigger they are, the more likely they’re going to do whatever they can to not have to pay their employees for every single hour that they worked, especially if those hours are worked in overtime. You know, some corporations are moving towards hiring more temporary workers so that a temp agency has to cover the overtime and the benefits and they can pay less to employees, the company itself and spend more on themselves. Other companies have gone a different route and what they’re trying to do is just reclassify certain workers, workers they know are going to get more than 40 hours per week so that they don’t have to pay them overtime.

But unfortunately, that’s not exactly how the law works in this country. And I’m joined now by Scott Hardy to tell us what’s happening. Scott, this is a story we hear at Ring of Fire have been covering for many years, the reclassification of workers by corporations in order to avoid paying them for the actual hours that they’re working. There’s a big investigation right now. Potentially a class action lawsuit to follow, tell, tell us what’s happening here.

Scott Hardy:                          Sure. So this class action is just like you said, we see these happen and get filed every single day against corporations that are taking their hourly workers that are doing hourly jobs, like, you know, mopping floors, checking out customers, you know, just stocking shelves and they’re saying, hey, I’m going to promote you are now and assistant manager, I’m going to pay you a salary. You’re welcome. But in fact, these, these poor folks here aren’t managing anybody.

All they’re doing is they’re working 50 plus hours a week and they’re not getting paid the overtime for it. And you know, we actually had one of our, one of our VPs, Steve was in an Uber and he was talking to his Uber driver and his Uber driver also acts as an assistant manager in a convenience store. And he said, well, I’m an assistant manager there, but you know, I don’t really manage anybody.

I just work there. And he said, well, how, how often do you work? He said, well, I do, I do 40 hours a week in each store. And I said, that’s interesting. He said, but in other stores I’m doing, I am doing more. I said, okay. And then they went so far as to switch employers. And so you had three different stores that were owned by this owner and that owner would employ each individual employee at each store. The same owner owned all three stores, but he would pay those folks 25 hours each week at each store.

So they’re working 70 a week, you know, 60 60 plus hours, 70 hours a week, and they were not getting paid overtime for it. And those are the ways that these, these people are trying to get around our overtime rules. And it’s with an assistant manager that happens all the time. I’m gonna promote you to an assistant manager job. You get to put this on your resume. I’m helping you. Are you managing anybody? No. Are you working 50 60 hours a week? Yes. Are you getting paid for that 10 to 20 hours overtime a week? Oh no. And not just not getting paid the overtime, the time and a half, you’re not getting paid for your time there at all. It’s really, it’s really horrifying for the average worker.

Farron Cousins:                  What people need to understand here too is that this is a form of wage theft. I know people hear wage theft all the time and they think, oh, maybe they’re taking too much away from me. Maybe they’re skimming money off the top of my paycheck. But wage theft also comes in the form of not paying workers for the hours that they are present or shorting them on overtime, whatever it is. And yes, corporations are in the business of making money, but you can’t make extra money by screwing over your employees.

And unfortunately, I mean we, we have this insane, I should call it list of companies that have basically been accused of this or have been caught doing this over the years. We’ve got our Walmart’s, Microsoft, JP Morgan’s, Abercrombie’s, Prudential, TD Bank, Subway, KFC, Burger King, Wendy’s, T-mobile retailers. I mean, this is not just, you know, the, the convenience store down the street. This is some of the biggest, baddest employers here in the United States.

This is a widespread problem and people need to understand that this is not legal. This is not okay. You are not necessarily an assistant manager now. You’re not an associate. That’s just a title they’ve slapped onto you so that they can get more bang for their buck, work you longer hours and not pay you for it. That’s, that’s what’s happening right now.

Farron Cousins:                  We have overtime laws in this country that cover people that protect people. So if anybody watching this, if you’re working more than 40 hours per week and you’re not a lawyer or a doctor, I advise you to follow the link in the description of this video. Find out all the information necessary because chances are if you’re working more than 40 hours and you’re not getting paid for it, then your employer is doing something that is running a foul of the law.

So again, follow the link in the description of this video. Head over to topclassactions.com and while you’re there, sign up for their weekly newsletter. Get all these stories and more delivered directly to your inbox. Scott Hardy with Top Class Actions. Always a pleasure talking with you. Thank you very much.