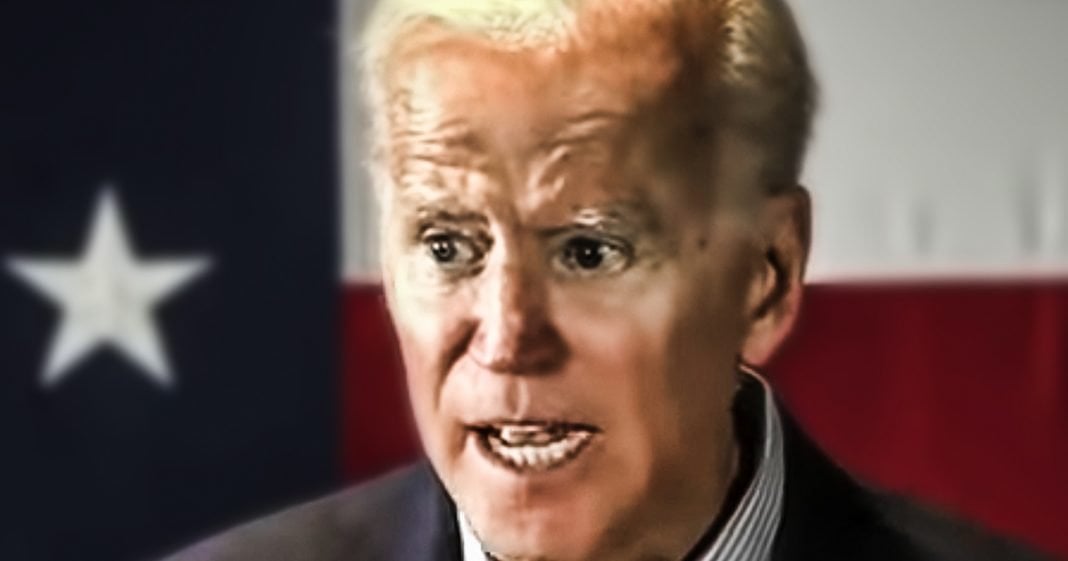 Democratic lawmakers aren’t happy that the people vying to be the next Democratic Party nominee for President are going after poor little Joe Biden just because he keeps making tone-deaf remarks on the campaign trail. Here’s a thought – If Biden can’t handle criticism from the people on the same side of the aisle, how does he plan on “working with Republicans?” And more importantly, how is he going to stand up against the attacks from Trump? Ring of Fire’s Farron Cousins discusses this.

Senate, Democrats are starting to get really angry with all those angry and mean old democratic candidates running for president. At least all of them, of course, except for Joe Biden. But we’ve now had multiple different Senate Democrats come out and ask that those other Democrats running for president, please refrain from attacking Mr. Joe Biden because you’re only going to help Donald Trump win reelection. So cool it back off. Let Biden be Biden, okay?

Because we want him to be the nominee is the unspoken second part of that. So far we have had Diane Feinstein, uh, Jeanne Shaheen, Doug Jones, Tom Carper, Dick Durban, and Chris Koons all come out in the last few days and tell us, hey folks, back off all Biden here. He didn’t, you know, mean to praise those segregation is that he used to work with. He doesn’t mean to be so touchy feely with women. He didn’t mean that he wasn’t going to date a demonize the top 1% and that he desperately needs them to win the election. Relax, stop attacking him because you’re helping Trump by doing that. This is probably one of the most pathetic and weakest arguments I have seen emerge from any party since the a real start of this democratic primary process. This is pathetic and this is week. And I think Biden immediately needs to come out and say, hey everybody, I got this right. You don’t have to jump on my back. Maybe I did say some stupid things which you did and uh, I can hit all the spice shelf.

I seriously stop picking on Joe Biden is in that kind of the point of this whole primary process. You know, we’ve got debates coming up in a couple of days here. We think everybody on stage is just going to say, well, I wish I could disagree with this person, but we’re told we all have to play nice with one another. The, that’s not how that works. And this is why you idiots keep losing elections. This is why no one will pick on him. We want him to be the president. Why don’t you just go read those horrible stories that are misquotes about all these other people. But yeah, you do have a lot of Democrats right now piling on Joe Biden because he says and does stupid, horrible things and has for the entirety of his career. That’s the point of a primary though, again, to look at somebody’s past, look at their history and determine whether or not you think they’re going to be a good leader and if Biden can’t handle stupid things that he says now or said in the 80s coming back to bite him in the ass than he is in the wrong line of work. Folks. Not to mention the fact that if you can’t handle Cory booker saying you need to apologize, which is what this whole thing started with, then what the hell are you going to do against Trump?

Cause he’s going to be a lot more intense than Cory booker saying, you should apologize. He’s going to go out there and he’s going to sling as much mud as his tiny little hands can get. That’s what, that’s what Trump’s going to do. If Biden’s not tough enough to withstand a little bit of friendly criticism from fellow Democrats, then again, please go ahead and get out of this race because you’re not going to win. This is going to be a knockdown drag out kind of thing folks. And that’s what we need. We need somebody who can withstand the BS and emerge even stronger on the other side, not somebody who needs their buddies in the Senate to come out and say, you kids need to be nice to him. Look how, look how long he’s been up here. I understand. I don’t hate Joe Biden folks. I do not. If I met him in person, I would be ecstatic to see this guy.

Am I going to vote for him in the primary? Nope. Not even close. I have not, not even a consideration at this point. Never would. If he is the Democratic nominee, am I going to vote for him? Yup. Without hesitation. I live in a swing state. Don’t have that. Uh, you know, protest vote thing. I’d love it if I did, but I don’t, and I’m not going to, but that doesn’t mean that I’m also not going to criticize him. I’ve said too many times before we ate cheerleaders for any candidate or party. We’re not. You screw up, we’re going to call you on it. You do good. We call you on that too. And right now, Biden can’t stop screwing up and he needs to get used to the criticism and get used to all of his horrible things from his past coming back up, because they will, and they are. And it’s only going to get worse from here on out, especially if his friends have to come out and beg us all to be a little bit nicer to pour a little jail.