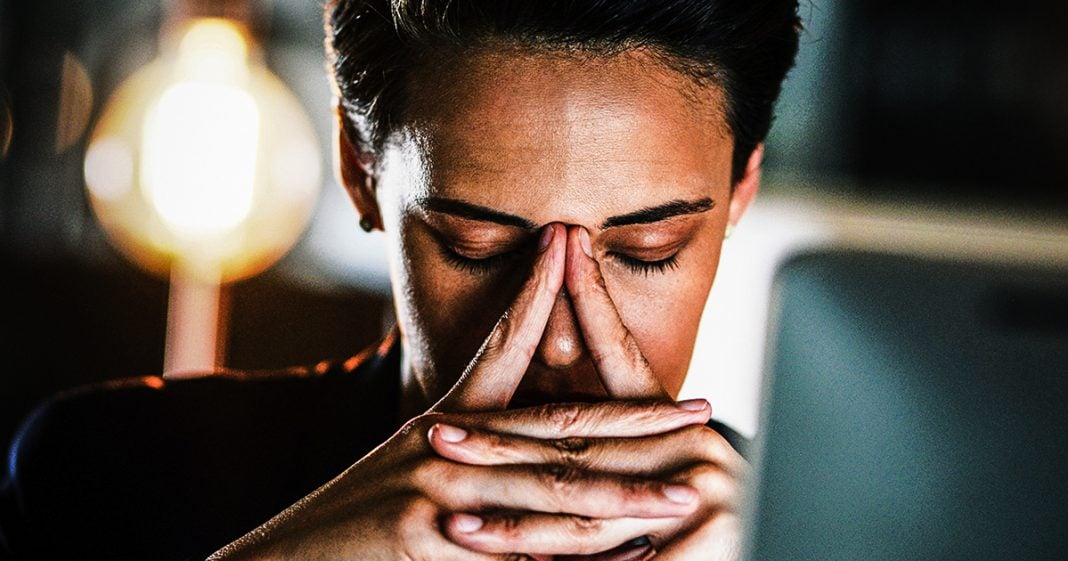 American workers were told that they were the ones who would be getting major windfalls from the 2017 GOP Tax Scam, but everything they told workers about the tax cut package has been a complete lie. The newest data shows that workers bonuses have actually gone DOWN following the tax cut, meaning that the corporate masters in this country are pocketing more and giving us less. Ring of Fire’s Farron Cousins discusses this.

The Economic Policy Institute recently looked at the numbers from the Bureau of Labor Statistics, crunched the numbers and found out that worker bonuses in the United States ever since the passage of the Republican tax cut in the a at the end of 2017, those bonuses to workers have actually fallen 22% since corporations started pocketing more money. And here is why that number is so important. As you recall in the, uh, early days of that tax cut, really before we even hit January 1st, 2018, all these companies started announcing we’re giving everybody bonuses while we’re given some people bonuses. Well, we’re giving some people who’ve been here for at least 10 years and our full time employees and blah, blah, blah. They started putting all these caveats on the bonuses, but hey, they got all the great press of, we got a tax cut and we’re handing it right back to you. Except they didn’t. Most of these bonuses were actually in the works long before the tax cut bill was even passed.

It wasn’t dependent upon that. It’s just what corporations are doing more and more now because as the economic policy institute also points out, companies are turning more towards bonuses in order to avoid giving workers actual raises. It makes workers feel better suddenly getting a lump sum of money rather than getting, you know, $20, $30, $40 per paycheck. You get a check for $1,000 you could do a lot more with that all at once and we don’t have to give you a raise. And that’s why this 22% decrease in bonuses actually does matter because people were getting these bonuses for the last two, three years. In fact, it says about four years now, they’ve been doing this. They were getting these bonuses instead of getting raises. And those bonuses have now fallen 22% so the workers who were dependent upon these, their buying power, their income, at least part of it, is falling by 22% with these bonuses.

And to make matters worse, the economic policy institute went ahead and looked at payroll and w two wages and found out that oops, ever since the Republican tax cut, those had been falling as well. In fact, those have fallen by 0.9% over the last year two wages. So your bonus is going to get to 22% less than it used to and your regular paycheck is going to get you about 1% less than it used to. And if you think that that 1% doesn’t matter, then you’ve obviously never been one of those people who lives paycheck to paycheck. 1% is a lot to people who don’t have much at all. But that is exactly what corporations are doing because that’s exactly what this tax cut was designed to do. If this tax cut, we’re truly designed to help the middle class, as Republican’s claimed, we would’ve gotten the tax cut, but instead our bonuses are falling, our wages are falling. Our taxes have gone up. And corporations in the top 1% now have so much money, they don’t even know where to spend it anymore.

That’s what’s happened with, uh, as a result of these tax cuts, we got screwed. We are getting more and more screwed each year as this continues and the wealthy elite are pocketing more and more and more money spending it on stock buy backs. They’re laying off tens of thousands of workers across this country and Republicans promised us that each one of us would make between four and 9,000 extra dollars every year as a result of their tax cut. Maybe they had their numbers backwards though. Maybe. Maybe they were trying to tell us that at the end of 10 years, you’re going to be losing four to $9,000 per year because of this, because that apparently seems to be like the path that we’re currently on.