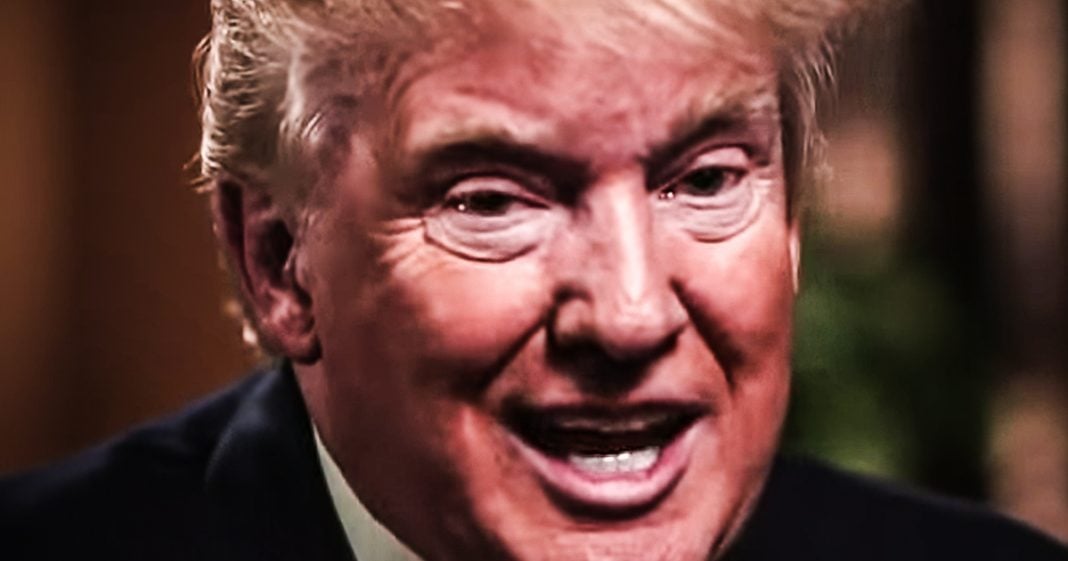 Donald Trump managed to raise a staggering $24.8 million in the first 24 hours after officially launching his 2020 campaign. That’s an impressive feat and it dwarfs what individual Democrats got on their first days, but other than bragging rights, it doesn’t give the President very much. There are no polls that are in his favor, and most of the money came from the wealthy mega donors of the GOP. When you dig down into the numbers a little deeper, you’ll see how much trouble Trump is really in, as Ring of Fire’s Farron Cousins explains.

Democratic strategist and possibly even Democratic candidates are a little bit on nerve right now. After it was announced earlier this week that Donald Trump’s 24 hour financial hall after officially launching is 2020 campaign. Tuesday evening was 24 point $8 million. Donald Trump raised 24 point $8 million in the 24 hours following his official 2020 campaign launch more than any Democrat had raised in their first 24 hours. And in fact, it’s actually more money than a a Biden, Sanders, O’Rourke, Harris, and war and raised in their first 24 hours combined. So wow. Yeah. Suddenly if Trump’s looking a little tough, right? Those are big numbers. Those are impressive numbers. And I’m sure to Donald Trump, they mean a lot, but guess what, folks to the 2020 election, that doesn’t mean that much at all. And here’s why.

The RNC went ahead and broke down the numbers for us. So, so that we would, uh, we’d know what happened. 6 million of that was raised online. 8 million came from a phone bank. So there’s 14 million. So, okay. 14 million possibly from smaller donors. 10.8 million came from Republican mega donors, so 10 million, 10.8 of your 24.8 all but 14 million came from these wealthy Republican mega donors who will fund any Republican for any reason because they don’t like taxes and they don’t like regulations. So I think right off the top we need to take the 10.8 million off because those Republicans are never going to support a democrat. They told Joe Biden that earlier this week in a very embarrassing move, but that’s why these numbers can be so misleading. Not to mention the fact that it wasn’t just money given directly to the Trump campaign, like if you gave the two Bernie or Elizabeth Warren, that money goes straight into them. This was money that was raised by three different groups, two of them affiliated with the RNC, one of them, the actual Trump 2020 campaign.

All of it ends up back in Trump’s coffers. But Bernie and Biden and Warren and Harris and Buttigieg in any of these other folks out there, they only have themselves because the DNC is not raising money for any particular candidate. So that also needs to put a little asterisk by a Donald Trump’s numbers there. He has the entire Party apparatus raising money for him. No Democrat right now has that. And they will not have that until we get to the end of the primaries. So we’ve got a year, little more than that before the DNC starts handing money over to any democratic candidate. And that’s why these numbers are misleading. And that’s why I say they don’t mean much. Now, the problem that the Democrats do have though, is that obviously they’re raising decent money, you know, millions and millions of dollars for, for the good candidates and for a couple of the bad ones too.

But they got to use that money to fight each other. Right? And that that’s going to be bad because they’re going to lose some money there. But hopefully once we get past the debates and we get really into the heart of the primaries and caucuses, hopefully they can just use that money to promote themselves, not have to go after other candidates and show how different they are from Trump in terms of policy, not in terms of I say nice things. He says mean things that’s not going to win your campaign. So again, that’s why I say that. Oh yeah, it’s impressive that he raised that much. It’s a record, but at the end of the day, the numbers aren’t as rosy as they seem, and it’s not going to mean that much. Considering the fact that his approval rating nationwide is still hovering in the very low forties and he loses to damn near every Democratic candidate that people have actually heard of in every poll, including those put out by conservatives. That’s available today.