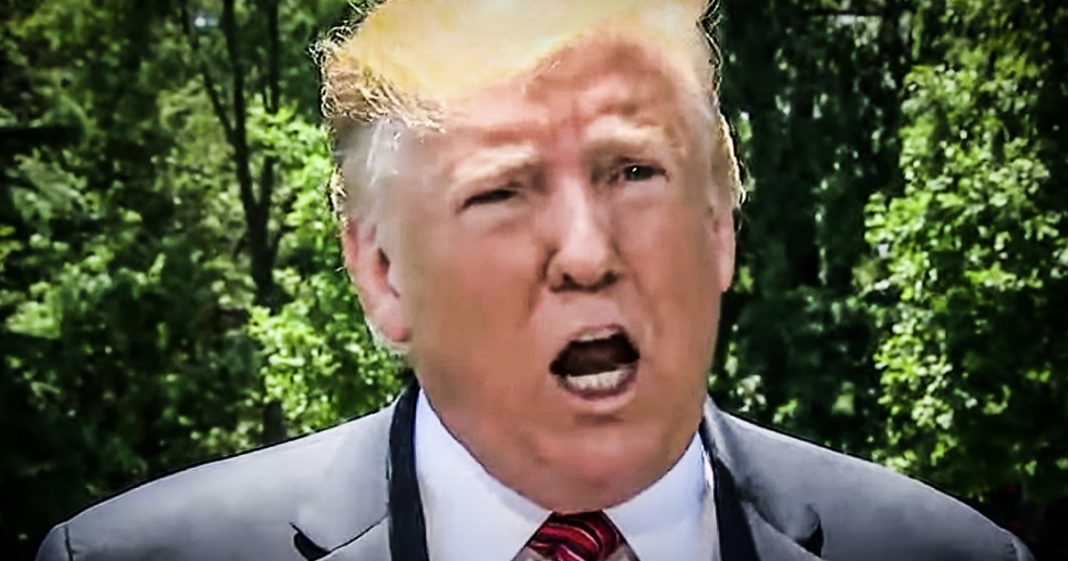 Donald Trump is promising Americans that he will be unveiling what he calls a “phenomenal” healthcare plan in just a few days. This is not the first time that Trump has sworn that a healthcare plan from either himself or Republicans is just around the corner, and it certainly won’t be the last. Trump has no idea how to fix the massive problems facing average Americans, and his lack of a plan after 2 and a half years is proof of that. Ring of Fire’s Farron Cousins discusses this.

Great News folks. We have a healthcare plan right around the corner that is going to save us from the abomination that is Obamacare and hopefully put us on a more affordable path forward. That’s going to leave no American citizen behind. Of course, none of that is actually going to happen because this alleged plan that’s just right around the corner again is coming from Donald Trump and the republicans. Earlier this week, Donald Trump’s swore that he was going to unveil a quote, phenomenal health care plan within the next two months. In fact, he says, we already got a framework. You know, we’ve got a couple ideas kicking around and put it. It’s going to knock your fricking socks off once we finally unveil this to you, but it’s not ready yet. Totally not ready. I know Republicans have been bitching and moaning about Obamacare and wanting to repeal and replace it since the year 2010 they’ve only had nine years, folks.

They need another two months to finish it up, right? It’s utter nonsense. Republicans are not going to come up with a healthcare plan. We have been hearing this same song for two and a half years. You know they had the White House, they had the house, they had the Senate, they have the supreme court, they have the courts all across the country and they still couldn’t do a damn thing. And why is that? Because Republicans have no new ideas. Haven’t had one since 1980 actually every policy they have pushed forth since then has just been some kind of reiteration of the ideas they came up with in 1980 and 1981 under Ronald Reagan. It’s been the greatest hits of the GOP ever since. Nothing new, just the same old song on repeat ad nauseum. But here is what Donald Trump specifically said. This is part of his ABC interview with Stephanopoulos.

They have had more than enough time. They have had the super majority is to get crap done and they failed every single time because they’re not serious about this issue. And if they did come up with a plan as we did kind of see one time, it’s going to be something that actually screws over more American citizens than it helps. They want to kick people off insurance. They want to take away protections for preexisting conditions. They don’t want to lower prescription drug prices. The only solution to the healthcare problem here in the United States today is Medicare for all. That’s it. We have to get to that point and I can promise you neither Donald Trump or any member of the Republican Party are going to be the ones to get us there.