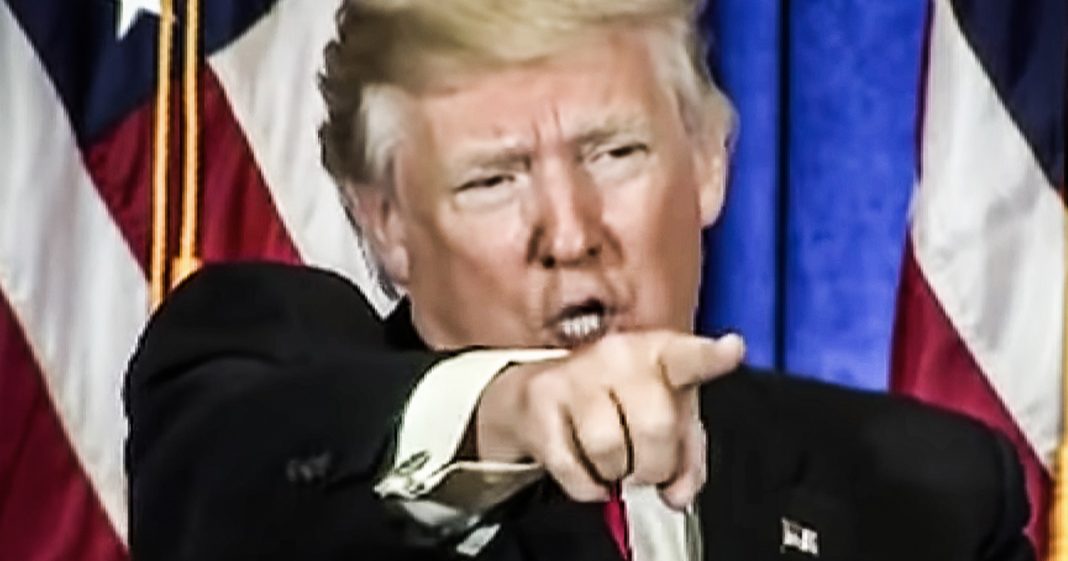 Donald Trump now claims that Fox News is Fake News after their own network’s polling shows that Trump can’t beat Bernie Sanders, Joe Biden, Elizabeth Warren, Kamala Harris, or even Pete Buttigieg. The President lashed out at the network on social media, wondering out loud what has happened to the network instead of asking why people hate him so much. Ring of Fire’s Farron Cousins discusses this.

You know, it typically takes a lot to make Donald Trump get angry at his favorite TV network, Fox News. But that actually happened earlier this week when Fox News released their own Fox News poll showing that as of this moment, Donald Trump has no chance of winning reelection in 2020 now that’s going to change. Trust me, that’s going to change. These polls don’t mean very much right now at all, but it pissed him off nonetheless, and I live for that. I love it. I love to see Donald Trump’s so triggered by these little Fox News polls, but this is a biggie. Let’s be honest. It’s a biggie because here’s what it says. This new Fox News poll shows that if the election were to be held right now, Donald Trump would not be able to beat Joe Biden. He would lose by 11 points. He would lose to Bernie Sanders by 10 points. He would lose to Elizabeth Warren.

He would lose the Kamala Harris and he would lose to Pete Buttigieg. I mean he is doing so badly at this point that now even people who are pulling in the single digits on the democratic side, which is both Harris and Buttigieg, they could statistically beat Donald Trump and a head to head match up. And that’s according to a Fox News poll of Fox News viewers. That is pretty remarkable. Again, these numbers are gonna Change, but when you have people who can’t even excite Democrats but they’re still beating Trump, that makes the entire crop of Democrats over there running for president. Look Pretty Dang good if you ask me. But nonetheless, as I mentioned, Donald Trump is a, is super mad. So he did with Trump, always does. He gets on Twitter to tell us how he is and this is what he said. He said,

“Fox News polls are always bad for me. They were against, they were against Crooked Hillary. Also something weird going on at Fox. Our poll show us leading in all 17 swing states for the record, I didn’t spend 30 hours with ABC News, but rather a tiny fraction of that more fake news @BretBair.”

There are so many different thoughts in that tweet. It’s, it’s absolute insanity, but there’s this guy’s mind works that way and I really wanted to hold it in and I couldn’t. But here’s the thing, folks, his own internal polling. We know what his own internal polling shows because it’s been leaked and we’ve all seen it and it doesn’t show you winning all 17 a swing states. It shows you losing almost all of them, including Texas. Who are you trying to kit at this point? This is part of the reason why this is so laughable. We’ve all literally seen the numbers, man, we all saw the reports yesterday that you’re fired your pollster because your numbers were so bad.

You can’t make this up. You can’t deny that it exists. We have all seen it. But either way, Donald Trump wants to dig his heels in and pretend that everything is hunky dory. And to be honest, as I’ve said before, I hope that he thinks everything is great. I hope that he thinks all these polls are fake news because if he starts to think that they’re real and that he might be in trouble for 2020 that’s going to be bad for all of us because he’s going to do something incredibly stupid. So let them go on pretending that these polls are fake and then wake up with a horrid reality check right after the 2020 election.