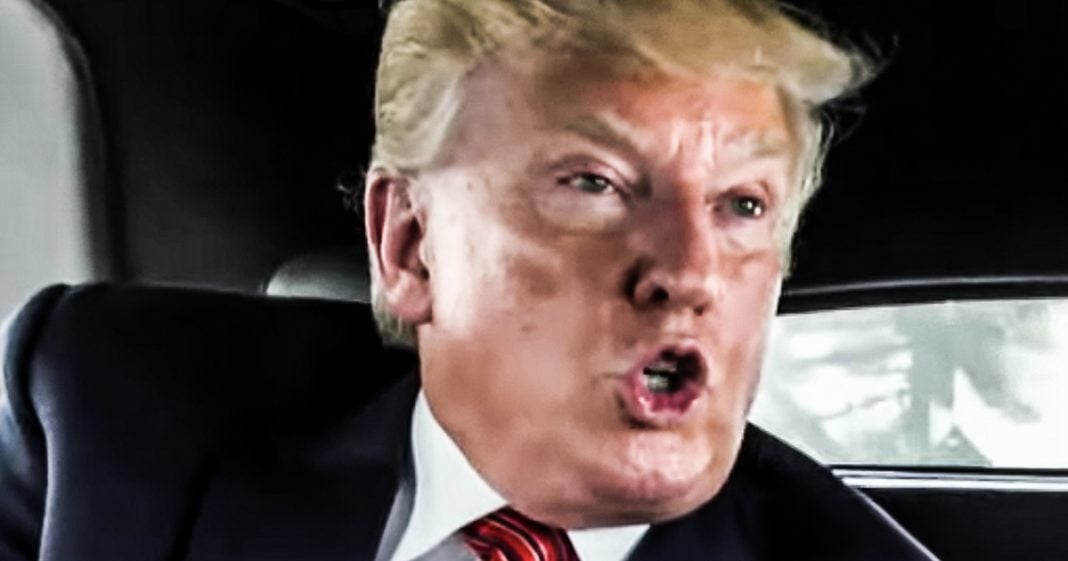 Projection is a hell of a drug, and Donald Trump might have overdosed. Throughout the course of his administration, he has made at least 25 accusations of treason against American citizens, typically for doing nothing more than not being huge fans of his. This is disgusting behavior for a sitting president, but we can just add it to the list of horrible things this man has done. Ring of Fire’s Farron Cousins discusses this.

Over the weekend. Donald Trump accused the quote failing New York Times of treason. They committed treason because they a leaked a story about cyber attacks from the US on Russia. Here’s the actual tweet that Donald Trump sent out. He said, do you believe that the failing New York Times just did a story stating that the US has substantially increasing cyber attacks on Russia? This is a virtual act of treason by one’s great paper. So desperate for a story, any story, even if bad for our country. So he’s mad that the New York Times allegedly said, hey, the US we’re increasing cyber attacks on Russia, the probably not such a great thing. And then Trump says, oh my god, you’re fake news. And yet at the same time, you’ve also committed treason by leaking our secrets here. So which is it? Are they fake or did they in fact commit treason as you claim?

The truth is, neither of those are true. They did not commit treason. Newspapers. Journalism exists in this country not to commit treason, but to expose what’s actually happening, whether we want to see it or not. But it all comes back to that word, right, that he used treason, New York Times committed trays in this past weekend. So I guess we need to put them to death in the public square at least 24 possibly even 25 times throughout his entire presidency. Donald Trump has accused another entity of committing treason. It is his favorite attack on anyone in anything. He’s accused of the FBI of committing treason. He is accused Democrats in general, the Generic Democrats he uses of committing treason. He is accused the corporate media, the New York Times, The Washington Post, anyone he doesn’t like of committing treason. And again, here in the United States, treason is actually possibly one of the worst crimes you can commit, at least in terms of, you know, crimes against the federal government because the punishment of treason, his death, if you commit treason, they can kill you.

And yet Trump is throwing that word around like it doesn’t matter. Like it doesn’t mean anything and maybe it doesn’t anymore. Maybe we’re past the days of treason to one’s country, but I don’t think we are. And I don’t think that Trump thinks we are. I think Trump is perfectly happy labeling all of these groups as treasonous enemies to the United States. And why do I think he’s happy with it? Because he knows what it spurs. We have seen more and more instances of right wing hate start propping up people who say, oh yeah, I was radicalized by Donald Trump’s tweets by the things he was saying. So I wanted to go bomb CNN. I wanted to, you know, fill out my kill list here of Democrats in Congress. Both of those have happened. By the way, that’s not an exaggeration. Just this past weekend we found out that, uh, Ocasio-Cortez’s office in Congress had to call the police because there was a man hiding in a utility closet waiting for her for what purpose? We don’t know yet. But that’s what happens when the president throws around words like treason and enemy of the people, his delusional right wing base goes crazy and they decide to act on it. And that’s a problem for every single one of us. And Trump understands it and that, and that alone is why he keeps doing it.