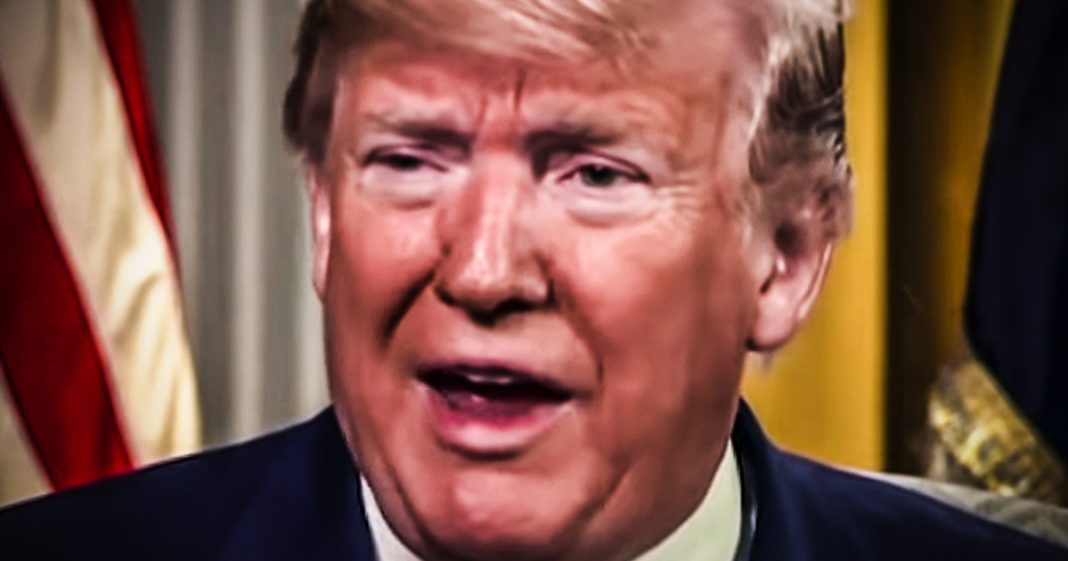 According to reports, Donald Trump allegedly ordered a missile strike against Iran following their admission that they shot down a US spy drone that they claimed was flying in their airspace. We are on the brink of a new war, and Congress can only do so much to stop Trump from issuing a retaliatory strike against the country. Ring of Fire’s Farron Cousins explains what’s happening.

So yesterday it was revealed that Iran broke one of Donald Trump’s favorite little war toys, and now he’s in a huff and he wants to, uh, launch a missile strike against the country. However, he has decided he’s not going to do that right now, according to administration officials who spoke to reporters on the condition of anonymity, Donald Trump actually did order a missile strike Thursday morning after he learned that Iran admitted, they shot down the surveillance drone that was a, a flying near their country. And then just a few hours later when the strike was basically set to, you know, begin Trump called it off, which is good. I’m glad that he called this strike off, but nonetheless, it shows us that this man was ready, willing, and unfortunately able to launch a missile strike against this country because they shot down again the president’s toy. That’s what we’re talking about right now.

It’s an unmanned drone. No lives were taken. No people were harmed. And according to Iran, they actually sent repeated warnings to the drone. They continued to send warnings telling the operators to turn it around. You’re too close to our airspace. You are not allowed to be in this area. But the drone kept going and so they said at 3:55 AM this is your last warning. If you continue on your current path and you do not correct, we’re going to shoot you down 10 minutes later. They hadn’t changed course Iran shoots it down. That’s the official story coming out of Iran. I don’t know how much of that we can believe. I don’t know if anything from the US side of the story, we should believe so we’re all kind of caught in the middle here. But you know what? I think Ted Lieu expressed it best on Twitter this morning when he just straight up asked like what’s the strategy here?

Why does Donald Trump even want to start this, this conflict with Iran? What are the goals? Is it regime change? Is it to get them to not build nuclear weapons? Well, cause we already had that in place, right? He, Donald Trump is the one who took us out of that agreement last May. Even though all the military advisers said, yeah, that’s a really stupid idea. Don’t do that. Even though all of the other countries who signed onto it said, yeah, that’s a really stupid idea. Don’t do that. Trump said, nope, I’m going to do the thing anyway because I don’t like to listen to people who are smarter than me because in his mind, nobody smarter than him. But in reality, most people are smarter than him with the exception obviously of the people who support him. But nonetheless, this is a military conflict, a conflict that is brewing.

We’re on the brink of some kind of attack. Now. Congress is working to take the steps. Yesterday they did a vote to get rid of the AUMF, the authorization for use of military force, which basically allow, uh, loud the president and the post nine 11 days up till yesterday to pretty much use any kind of military force he wanted on any entity that he deemed to be a threat to the United States security. Well, that’s going to be gone. So that’s going to limit what Donald Trump is able to do. But a missile strike. He could still order, he could order more troops just hanging out in the area. He can do a lot of really horrible things, but he can’t declare war because that has to be voted on by Congress. So he can do a lot of bad things, but he can’t do the worst of the bad things. But that doesn’t mean he should be allowed to do any of those things. That’s the problem we have right now. He’s pissed off that ran, broke his toy, and now he wants to shoot missiles over there to teach them a lesson.