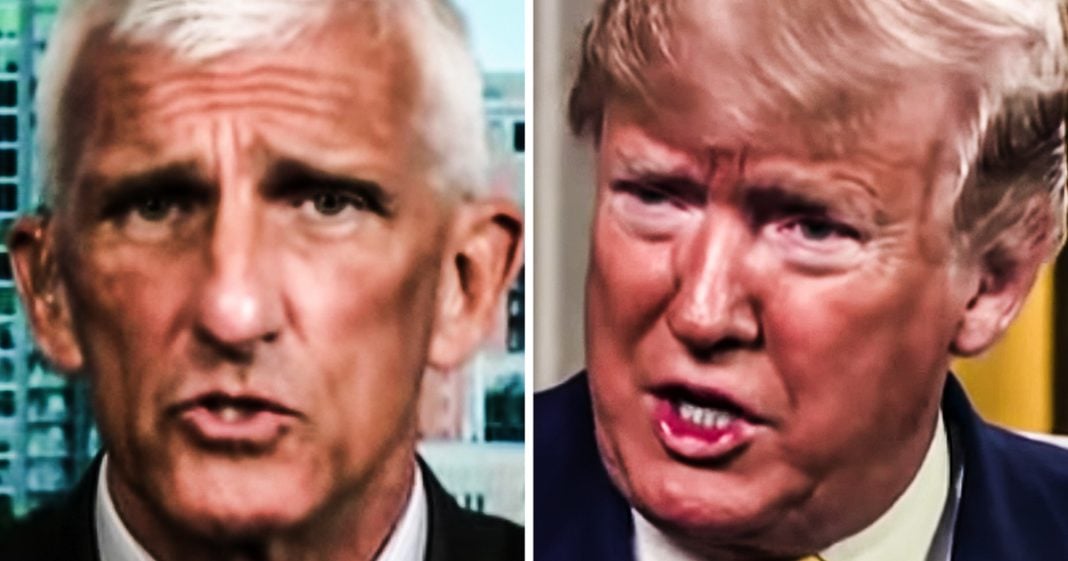 Retired Lieutenant General Mark Hertling says that Donald Trump is getting his advice on how to handle the situation in Iran from the hosts on Fox News, and he’s probably completely correct about that. The corporate media LOVES a good international conflict because it drives up ratings and gives them a lot more money from advertisers. But it isn’t just Fox – every cable news channel gets the spoils when it comes to war. Ring of Fire’s Farron Cousins discusses this.

Yesterday, CNN was holding a panel discussion where a one of the panelists, a retired lieutenant general Mark Hertling said that Donald Trump is ignoring the advice of, you know, military officials, everyone in the intelligence community, the joint chiefs of staff, he’s ignoring all of them. And instead getting his advice about Iran from people like Tucker Carlson, and Laura Ingraham, and Sean Hannity and every other more on that fills the airwaves on Fox News. And a General Hartley here is 100% correct. That is where Donald Trump goes when he wants to advice. Those are the people that he literally picks up the phone and calls when he wants to know what to do. And yes, those are the people who are out there saying, Iran attacked us. They attacked our drone. They attacked that Japanese tanker. Go take them out, Mr. President. And here’s the reason why.

War is great for corporate media. International Armed Conflict is great for the corporate media, which is also why CNN was hosting a panel about what the hell do we do with Iran? Huh? CNN’s hands are not clean in this. Even though they hosted a guy who said he’s listening to Fox instead of the people telling them not to. CNN was the biggest cheerleader for the Iraq war and don’t think for a second that they wouldn’t turn into cheerleaders for an attack on Iran. If it came down to it, Fox News would do the same. And you know what? To a decent degree. So would MSNBC they might say that they’re against it. Same as some of the hosts on CNN and the host may be the host may not like it, but the hosts don’t call the shots on these networks folks. They really and truly do not. You who does? The people in the super nice suits, the people pulling in billions of dollars a year instead of just a few million for an on air contract. The advertisers, those are the people who call the shots on these networks and whether it’s a CNN and MSNBC or Fox News, they all have the same goal. And that is to get as many eyeballs as possible so we can make as much money as possible and nothing draws more eyeballs to cable news then armed international conflict.

The host may not like it. I know some of them don’t, but they don’t really get a say in it. It’s the men and women upstairs, the men and women looking at the books, the men and women figuring out how much more money they can take in if they can get X amount of new viewers who tune in every night to see what the latest war atrocities are going to be, because let’s not forget that MSNBC way back in the day, they actually fired Phil Donahue for questioning the motivations getting us into Iraq. They’re hands are not clean in this either. None of them are, and while I do agree with the General Hertling’s assessment that Donald Trump is getting his advice from horrible, stupid people, that is true. The truth is that all of these networks are being run by horrible people who make bad decisions, who don’t care about the actual issues. They care about the dollars. And the more people they can get watching their network, the more dollars they get. And again, nothing’s going to put more eyeballs on their channel than a new war with Iran.