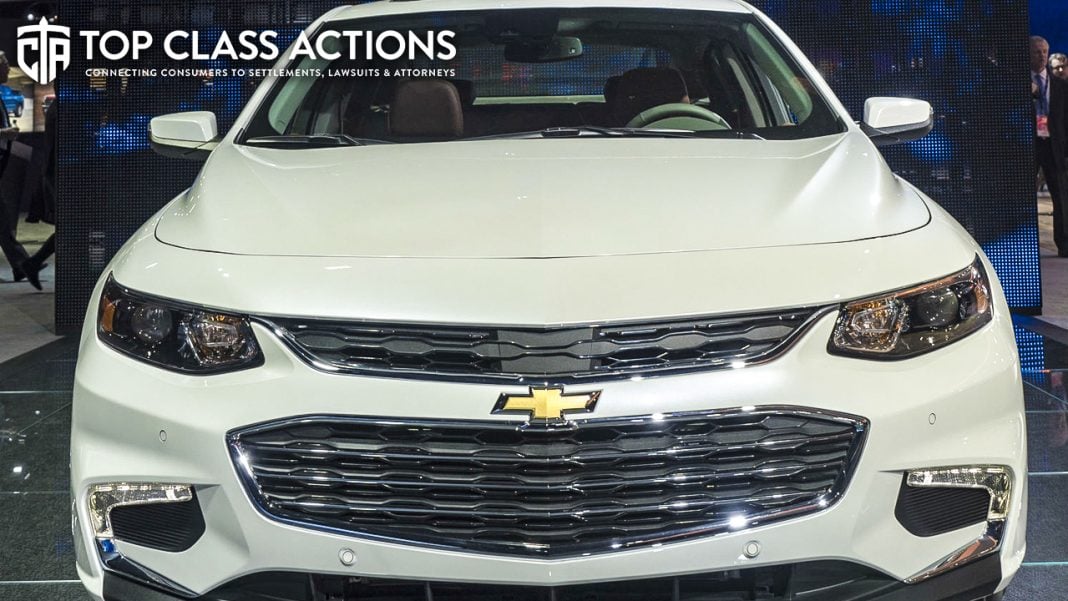 A class action lawsuit against General Motors alleges the company hid a defect in its Chevy Malibu that can cause a sudden and dangerous loss of power. According to the GM class action, the defect lies in the electrical sensors in the Chevy Malibu accelerator system in 2016 through 2018 models. Lead plaintiff Katrina Hutchinson says that she and other Malibu owners have experienced unexpected deceleration because of the defect – and that GM knew, but hid the problem from consumers. Ring of Fire’s Farron Cousins discusses this with Scott Hardy from Top Class Actions.

Farron Cousins:                  Here in the United States, products get recalled all the time. Maybe it’s your washer and dryer, maybe it’s your dishwasher, maybe it’s just a small appliance that you have that you never even think about it. But some of the biggest recalls that we see in this country, and obviously some of the most dangerous if they don’t get fixed, are automobiles. Tons and tons of automobiles, millions fill our roadways right now that have active recalls and worse, there’s millions of vehicles that should have recalls on them but don’t because the car manufacturer hid important data from consumers and regulators.

And that appears to be what we’re dealing with right now with Chevy Malibu’s manufactured between 2016 and 2018 joining me now to talk about this issue is Scott Hardy from Top Class Action. Scott, tell us what’s happening with these particular models of the Chevy Malibu.

And, so far GM has not come out and said, hey, you know, we need to go ahead and fix this. Let’s issue a recall. We’ll see if that happens as a result of this class action. Or if people who actually had a Chevy Malibu, a 2016 to 2018 Chevy Malibu and experienced this problem, had to get it fixed, they might be able to get reimbursed and get that, get that money back in their pockets if they paid for it. And GM said, no, this wasn’t a problem.

Farron Cousins:                  And the National Highway and Traffic Safety Administration, Office of Defects Investigation, good grief. That’s the longest name I’ve ever read. They’ve, they’ve reported a lot of complaints or recorded, I should say, a lot of complaints. This is not necessarily an isolated issue. They’ve seen this in multiple different years of the Chevy Malibu and part of the lawsuit here states that Chevy knew this was something that could happen. And again, you and I have mentioned this countless times talking about past and current automobile recalls. Most of the time, nearly all of the time we find out that yes, the auto manufacturer knew this would or could happen.

It’s not going to happen in every single vehicle in most instances, but it’s going to happen in quite a few of them, but it’s going to cost us less money to just pay out a massive settlement. You know, for people who may have died because they slowed down to 20 while every car around them is doing 80 it’s gonna cost us less money to just pay out those claims than it would to, you know, fix the problem. There’s a great scene in the movie Fight Club where he actually explains that in full detail and it’s the God’s honest truth. It really is. That is how these automobile manufacturers operate.

Scott Hardy:                          Right. They just go ahead and take a look at it and say, well yeah, if we have to recall 2 million vehicles and it’s going to cost us, you know, a $100 per vehicle, oh sheesh, that’s $200 million that we’re going to have to pay out. That doesn’t make sense. What if we just go ahead and settle this class action for five or 10 million and hope people don’t seem to claim? You know, that could be what’s happening here. We’ll have to see once it actually continues to wind its way through the courts.

But you know, the attorneys behind this, they don’t file these cases for five people, 10 people or a hundred people. They’re only going to file these cases if they believe there are thousands upon thousands of people out there that experienced this problem. And so I, you know, it’s, it’s a big issue, especially when it’s a safety issue like this. That kind of surprises me that it hasn’t been resolved yet.

Farron Cousins:                  And what’s going to be also interesting to see, and again, you and I have mentioned this, is how this expands. Because very rarely do you ever see in automobile recall with the exception of obviously like a Pinto or something like that, typically all these other recalls, it ends up getting expanded. Say, okay, well it’s not just the Chevy Malibu’s now. Now we’ve also got other brands of Chevy’s. Oh, now it’s over into GM. It’s in the jeeps. It’s in a lot of other cars because people need to realize this, each individual part in your car was not only made for that make and model. Okay.

Farron Cousins:                  Okay. And so for anybody who has a Chevy Malibu, I think right now it could be as far back as 2013. The main focus of this class action is 2016 to 2018. I would advise anyone though, if you have a 2013 or newer, please do have it checked out, do some research on it, follow the link in the description of this video, find out all this information. Find out what you may need to do to prevent this from happening to you. If it has happened, take the time again, link in the description of this video, get a good lawyer and be prepared to fight this one out. Scott Hardy, Top Class Actions. Thank you very much for talking with us today.