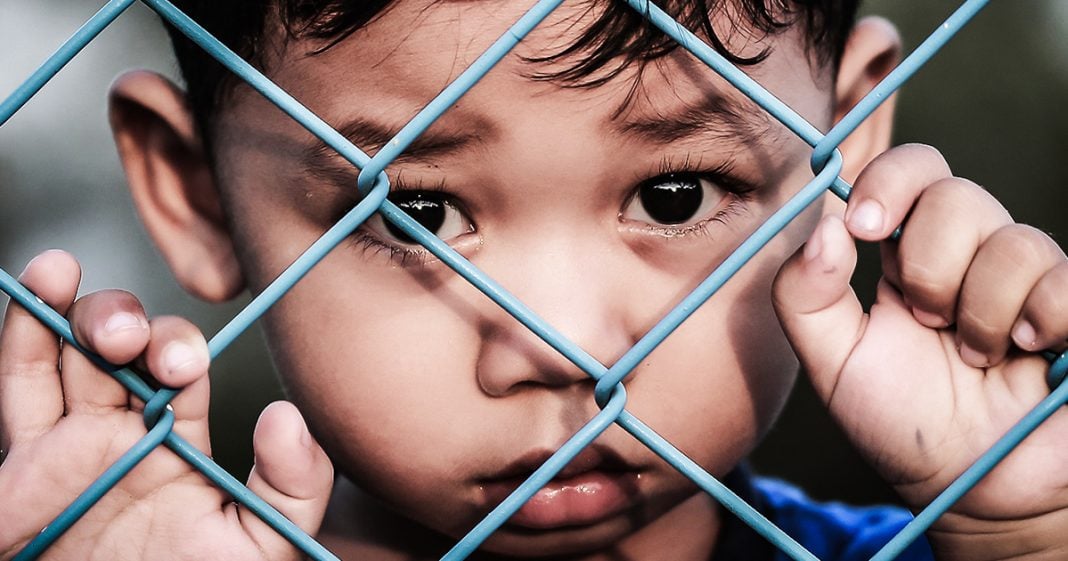 The Trump administration argued in court this week that detained migrant children don’t actually need things like soap and toothbrushes in order to be “sanitary.” The administration is hoping that they can cut back on essentials for the children they’ve locked up in order to save a few dollars, but there are better ways to save money, such as releasing these children! Ring of Fire’s Farron Cousins discusses this.

Earlier this week, a group of lawyers from the Trump administration headed out to California and argued in front of a panel of judges from the ninth circuit that detained children coming across the southern border do not actually need things like toothbrushes and soap. These lawyers appeared before judges and argued that even though they’re required by law to give these children safe and sanitary conditions, they do not need soap or toothbrushes. Now, that’s the part of this story that’s been grabbing headlines, but the issue that the judges mostly wanted to focus on with something that’s been a little bit overlooked or slightly buried in some of the news stories about it, and that is the fact that in addition to not giving them soap and toothbrushes and things like that, the administration is also making them sleep on cold concrete floors. They’re essentially treating these children like they were prisoners of war, being held in, Gitmo, sleeping on cold concrete floors with either no blankets or foil blankets, leaving lights on all night so that it’s nearly impossible for these kids to actually get a full night’s rest.

Subjecting them to these horrid frigid temperatures, scorching heat temperatures, not doing anything about it. They’re not able to bathe properly. They can’t even brush their teeth. They’re crowded into cells with a dozen other people, and that is an absolute violation of US law. But not to Donald Trump’s lawyers know. They think that’s how children are supposed to be treated, which really makes me wonder what’s going on at their own homes. I think social services might need to look into that if that is what these lawyers consider safe and sanitary conditions. Want to read a couple of quotes here from the judges while the Trump lawyers were trying to argue that, no, we don’t need to take care of these kids. Uh, you had one judge us circuit judge Marsha Berzon who said, you’re really going to stand up and tell us that being able to sleep isn’t a question of safe and sanitary conditions.

That he had circuit judge William Fletcher who went even further. He said, are you arguing seriously that you do not read the agreement as requiring you to do anything other than what I just described? Cold all night long lights on all night long, sleeping on concrete, and you’ve got an aluminum foil blanket. I find that inconceivable that the government would say that this is safe and sanitary. The agreement the judge Fletcher was referring to there was the Flores agreement, uh, which the United States finalized in 1997, which basically says, yes, you have to take care of these people. You have to provide them the basic necessities. They cannot be sleeping on cold concrete floors. Yes, they’re entitled to things like toiletries and you can only hold them for a certain amount of time. Oh, and by the way, you also have to give them a bond hearing and allow them the opportunity to not be locked up.

Something this administration is low to do. But here’s the thing. A few months ago actually, and a couple of years ago, dud a judge, Dolly Gee, who has been phenomenal on all these issues, actually got a chance to rule on the Flores settlement, uh, because the Obama administration kind of wanted to do away with the bond hearings and judge Dolly Gee said, no, you can’t. You’re going to continue giving these children bond hearings. That’s the settlement agreement. You can’t undo it by trying to pass a different immigration law. You could pass a different law you want, but it’s not going to change the fact that we’re going to give these kids bonds hearing. Now, Dolly Gee has also a ruled on several other issues that the Trump administration has, uh, brought or been challenged on and they have a lost pretty much everyone. That’s why they’re in front of the ninth circuit trying to argue to get one of these most recent decisions by judge g overturned.

And in that decision, she did specifically mentioned toothbrushes because you know, oh, the Flores settlement may not have expressly said things like toothbrushes and soap, but you kind of have to give it to them because it did leave open for interpretation. What safe and sanitary actually mean. And no rational human being is going to think that sanitary means you don’t get the bay, then you don’t get the brush your teeth. And the Trump administration wants to overturn that because they’re perfectly fine with the hellish conditions that they are forcing these children to live in for committing that horrible misdemeanor crime of crossing the u s border.