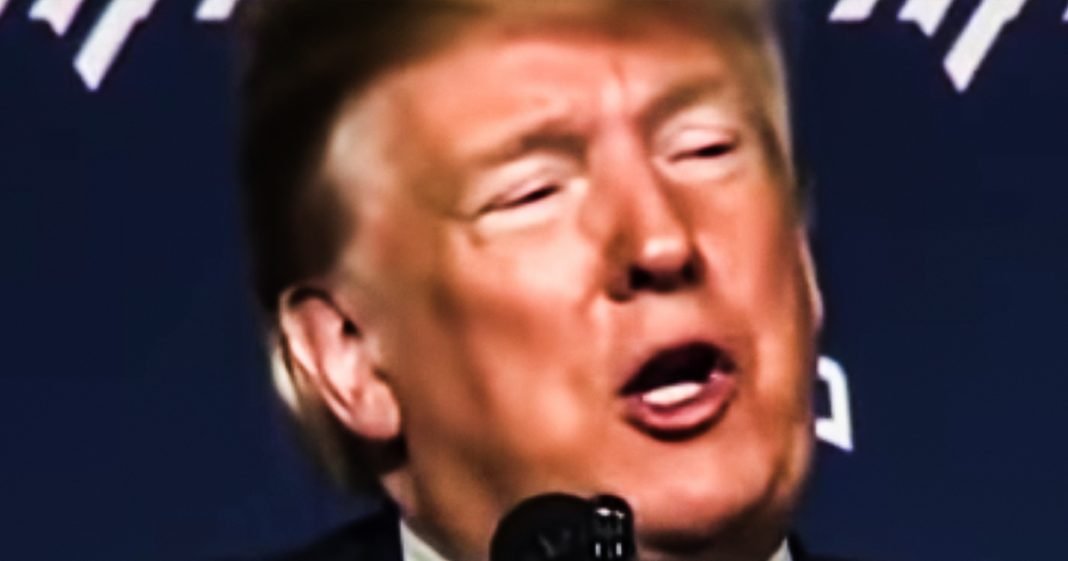 According to a new poll of more than 10,000 people, a majority of Republicans say that they are both embarrassed by the things that Donald Trump says and that they are concerned about them. So why do they continue to support him? There are other Republicans out there who aren’t like this that they could throw their support behind and possibly even save their Party in the process. Ring of Fire’s Farron Cousins discusses this.

A very interesting poll came out yesterday with the really some conflicted results. Here’s the heart of the matter though. According to this new pew research poll that actually surveyed more than 10,000 people, that is one hell of a representative sample. And to be honest, I’m quite impressed that they went that far. That’s a great poll. Should be pretty trustworthy. But here’s what they found. They found that 59% of Republicans and Republican leaning voters said that Trump’s comments often or sometimes make them feel concerned. 53% said they feel embarrassed by Donald Trump’s statements, and 41% said that his statements make them feel exhausted. So majority of Republicans believe that Donald Trump’s statements give them cause for concern or they just flat out embarrassed them. And that’s the good news from the pole because uh, well also there’s a 47% set of statements. Make them feel confused. Hey, I’m with you on that one.

This man is tweeted out. Plenty of things that make absolutely no sense. But again, that’s where the good news ends. You. Here comes the really weird and conflicting part after you already had a majority say like, yeah, I’m concerned and no, I’m embarrassed. Then you had 79% say they often or sometimes feel hopeful after Trump speaks. 78% say they feel entertained, that that’s a problem in and of itself, right? The president’s not supposed to be an entertainer, so 78% feel entertained then. Yeah, we’re, we’re pretty much done as a country at that point. If we would rather have an entertainer than a leader, then yeah, there’s no coming back from that. A 76% said they felt informed and happy. So 76% of you are absolute idiots. If you walk away from hearing Donald Trump speak for more than 30 seconds and your first feeling as well, I feel really informed, something is wrong, something is very, very wrong.

Please, for the love of God, find the nearest mental health facility, hospital, whatever it is, get yourself a cat scan because you should not ever feel informed. After listening to Donald Trump speak, and three fourth, 75% of republican identifying respondents said Trump’s statements made them feel proud, proud. They’re proud when he goes out there and it says sleepy eyes, Chuck Todd. Yeah, Chuck Todd is an idiot. But I don’t even understand that. Insult. Low IQ, Maxine waters. That’s disgraceful on multiple different levels and that makes you feel proud. He’s told more than 10,000 lies in two and a half years. Makes you proud or that entertains you. Good God. But now you understand why I say that this poll had conflicting results because you can’t have 53% of Republicans say they’re embarrassed and yet 79% 75% say they’re proud. The those numbers overlap in a way that creates more than a hundred percent do you see what I’m saying?

They give 75% say, oh, I, I’m proud of these statements. And then 53% say, oh, I’m embarrassed by it. There’s an overlap there that can’t statistically exist. But that shows you what’s in the mind of a Trump supporter. Basically what’s in the mind of a Republican. Oh, I am embarrassed, but I’m also proud of it. I love that, but I hate it. That’s the mindset. We’re dealing with these Republican voters, and yes, this was a very big sample size, and I believe this is a fairly accurate poll. As a result of that. However, some of these numbers can be used to our advantage, but the rest of them show us that for these hardcore Trumpers out there, it’s best to just leave them alone and not even attempt to pander to them in this primary for the Democrats.