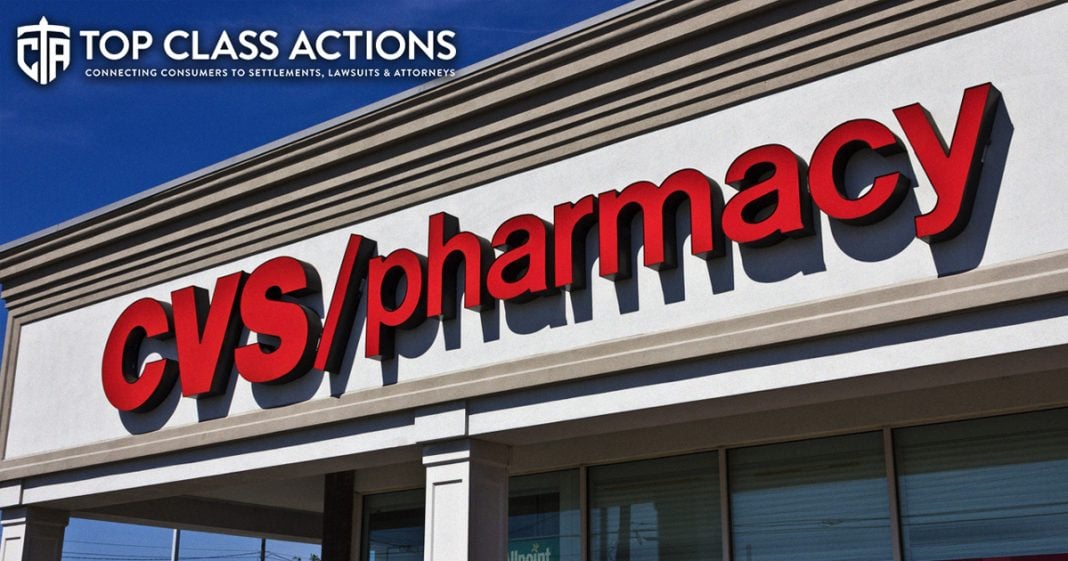 A class action lawsuit alleges that CVS unlawfully sends letters to physicians falsely claiming that their patients are reaching out about prescription medications with their patients’ consent, when in reality, the messages are just marketing materials. Ring of Fire’s Farron Cousins discusses this with Scott Hardy from Top Class Actions.

And unfortunately, CVS pharmacy has found a way to make pharmaceutical companies even happier by trying to actively get doctors to prescribe certain drugs for patients. Joining me now to explain exactly what’s happening here is Scott Hardy with Top Class Actions. Scott, there’s few industries I loathe more than pharmaceutical companies, but CVS might be creeping up there on the list because what they’re doing right now, sending out mailers to doctors, is absolutely appalling. Tell us what’s happening. I want you to tell us this story. It’s absolutely amazing.

Scott Hardy:                          Sure. It’s, it’s really shocking because you know, we all expect and we hope that our pharmacies will call our doctors to refill a prescription, that’s expected. Whenever your prescriptions out, they say, hey, can we call your doctor and, and refill it for you? Yes, absolutely take care of that. But this class action is stating that CVS is being much more proactive and without your permission, is reaching out to doctors and sending out letters to doctors saying that you need this medication. Can we get your permission now? Can you send over a prescription for you? And they’re doing that without notifying you.

And an interesting piece of this is that, you know, this isn’t the, hey, we’re trying to help you out. We’re trying to get your doctor to send these prescriptions without your permission. No, it’s, it’s a big part of the class action is saying that CVS is using you, the consumer to market. Now, CVS is obviously going to make money on selling these prescriptions that they’re hitting the doctor up for. But you as the individual consumer, you’re not getting paid for that marketing, but they’re using your medical information to market their services to make them money. And that’s what was really eye-opening about this class action.

Farron Cousins:                  Right and the plaintiff in this case, you know, says that he, he went back to his doctor and then the doctor asked him, said, oh, you’re, you’re looking at, you know, why, why would you want this medicine? Why, why did you ask your pharmacy about it? Because that’s what CVS is saying, hey, you know, your customer or your patient, excuse me, asked us about, and they want to get on it. So maybe you should, you know, give them the prescription. That’s also another part of it. And the patient said what, I never had that conversation with anybody.

What are you talking about? And that’s, you know, kind of how this whole story unraveled. But it’s now also in this person’s medical chart that they had asked, even though they didn’t for a particular medication. And of course, any doctor that’s, that’s worth, you know, going to in this country is not going to look kindly on having it in somebody’s chart. Like, oh, this person comes in asking for specific medicines. That’s a red flag for doctors.

They’re going to tell you that they don’t, they don’t like people coming in and saying, I want this particular medicine. So it’s a problem all around for these consumers. But it’s obviously a bigger problem for CVS using these people’s information without their knowledge against their will and trying to give them medications that they in some instances likely don’t even need at all. So yeah. Big Problem here for CVS.

Scott Hardy:                          Yeah, it is. I mean, from possible, you know, healthcare law violations to just completely stepping out of bounds according to this class action on their actual customer’s rights. I mean, if you’re a CVS customer, you’ve got to be very concerned about this, about them sending letters on your behalf without your permission. And so this one will be really interesting to watch as it makes its way through the court system as to, what was, what they were doing illegal?

How does this actually, was this a, a far reaching marketing ploy that they’re using for all CVS pharmacies? Now what exactly is happening here and how can we as consumers make sure this is stopped? We don’t want to get our health be used and marketed as a ploy to make CVS more money or other pharmacies.

Farron Cousins:                  Absolutely. This is something obviously as time goes on, we’re going to learn a lot more about this and based on what we’ve seen, both you and I with lawsuits in the past, I, I’m almost certain that the more we learn about this, the worst CVS is going to end up looking. For more information about this issue, please follow the link in the description of this video. Go to topclassactions.com and while you’re there make sure you sign up for their newsletter. It is filled with all the information consumers need to be aware of. Scott Hardy, Top Class Actions. Thank you very much for talking with me.