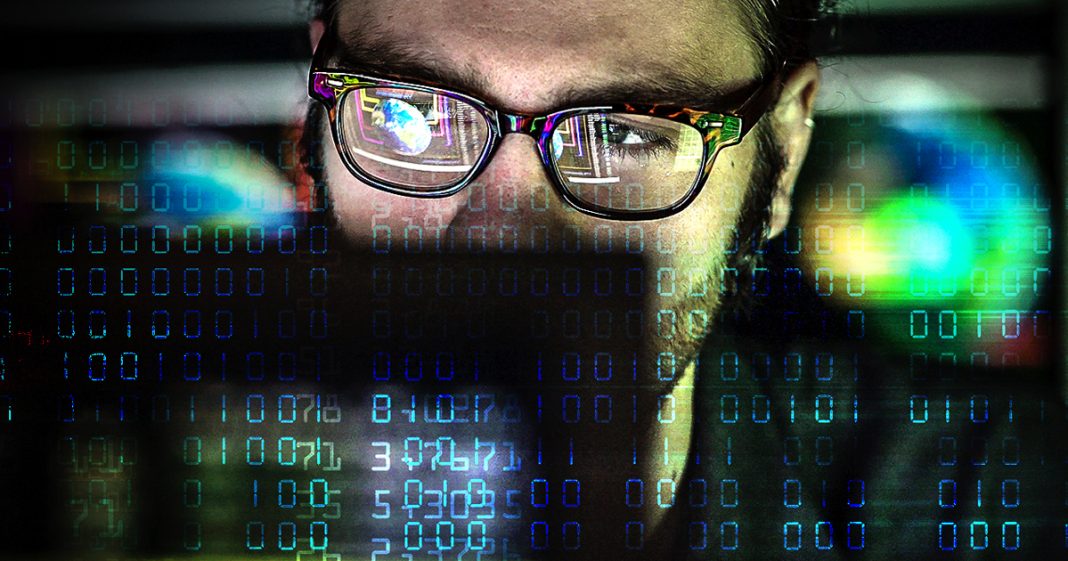 On Tuesday evening, 126 Democrats in the House of Representatives to join with Republicans to vote down a measure that would have put severe limits on the President’s authority to spy on American citizens. Votes like this are why so many people say that there isn’t much difference between Democrats and Republicans, and it would certainly appear to be that way given the nature of this bill. Ring of Fire’s Farron Cousins discusses this.

Something absolutely disgusting happened on Tuesday evening and no, it was not just Donald Trump’s hate rally down there in Orlando. This disgusting thing took place in the House of Representatives where 126 democrats joined with 127 Republicans to vote down a measure brought by Republican Representative Justin Amash and Democratic representatives, Zoe Lofgren that would have prevented the Trump administration from spying on American citizens on American soil. 126 democrats looked at this measure. They knew the issue and they thought, you know what though maybe Trump should be allowed to spy on American citizens. What this particular amendment or measure a would have specifically done was closed the loopholes of section seven oh two of the foreign intelligence surveillance act, the FISA law. What that says, that specific section is that we can collect about intelligence, meaning it doesn’t have to just be the person that we’re targeting for a wiretap. If we find out some guy in Oklahoma is sending a text message and he mentions the name of someone that we are investigating, then we suddenly get to collect their information as well.

Even if it was out of context, even if it was telling a joke, we now get to collect this guy’s information and save it and keep it forever and we don’t have to get a warrant. Well this Lofgren Amash measure would have put an end to that. Like, no, you can’t do about, uh, intelligence. It has to be the people that you specifically think are engaged in some kind of illicit activity. Not just anybody who mentions those human beings. And 126 democrats said, no. I think Trump can be trusted with that power. You know, I remember prior to the 2016 election, I said it a few times and there were plenty of others out there who said it much more than I did. We would say that, you know, there’s really, when you think about it, not a whole hell of a lot of difference between Democrats and Republicans, Democrats are better on social issues, but as a whole, it’s kind of hard to see where they’re really different on policy. And this particular story is exhibit a, right? I mean, they could have ended this domestic spying that was exposed by the way, by Edward Snowden. That’s how we know that this about intelligence is being collected. They could’ve stopped it then. They could have stopped it when Obama took office and had the house and Senate. They didn’t, they wanted those powers. The Democrats did. So they left him and it’s bad enough that it was abused during the Obama years, but now we’ve got this Trump guy, right?

I, I trust Barack Obama a hell of a lot more with these unlimited spying powers than I do. A guy like Donald Trump and I don’t even trust Barack Obama with them. I don’t trust anybody with them. I wouldn’t trust Bernie Sanders with them because no human being should have those powers. That’s the bottom line. That’s what this is about, but now we’ve got possibly the worst human being in the United States who has these powers and 126 democrats said, you know what? That sounds just fine to me.