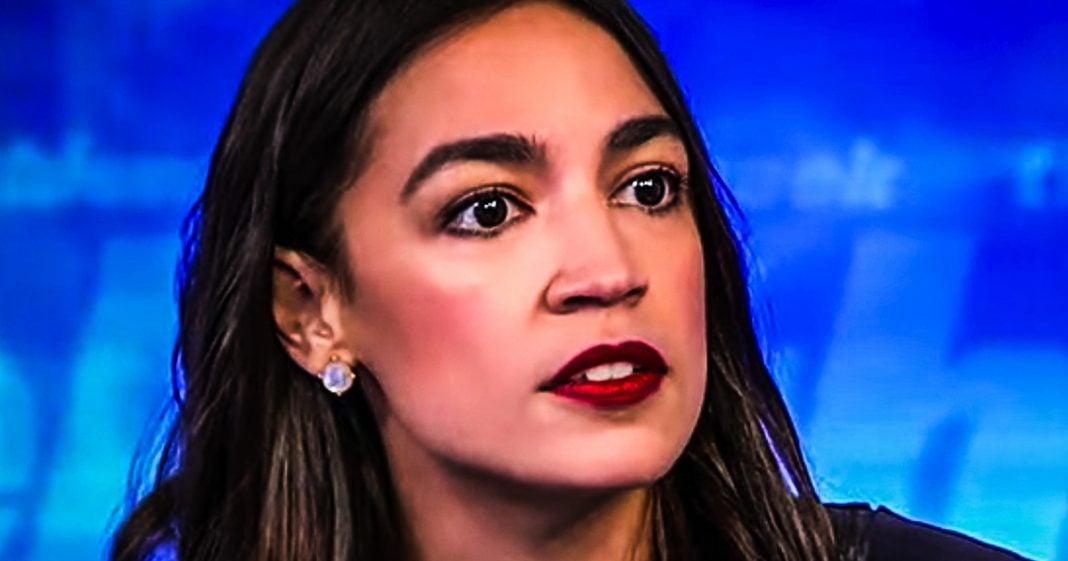 Representative Alexandria Ocasio-Cortez is once again being attacked by conservatives for her choice of words, but her description of the conditions and confinement of migrants coming across our border is spot on. The United States is engaged in massive human rights violations, according to both the U.N. and Amnesty International, but Republicans would rather whine about a words than actually address the problem along the border. Ring of Fire’s Farron Cousins discusses this.

Conservatives are feigning outrage today and for most of yesterday over the fact that representative Alexandria Ocasio-Cortez had the audacity to use the phrase concentration camps while describing the detention facilities that we are currently holding migrants and children along our southern border. They’re furious that she would disrespect anyone by actually using that term. That is so disrespectful to all of the people who died in the Holocaust. They tell us, but here’s the thing. Conservatives who are getting pissed off about a couple of words are actually part of the problem as well because to start with her assessment is 100% correct. That’s what’s happening by definition, those are concentration camps. Now as she pointed out, there is a big difference between concentration camps and death camps and nobody is calling these things down in the southern border death camps, but by definition, yes they are concentration camps. As we know, look, concentration camps in general have always been designed to separate one group of people from another group.

Usually because the majority group or the creators of the camp deemed the people they’re putting in to be dangerous or undesirable in some way as exactly what’s happening along our southern border. There is no reason why these asylum seekers should be locked up indefinitely and illegally by the way, because we are holding people in these detention facilities for periods of time longer than US law legally allows us to do so. We are the ones as a country breaking the law just because we want to lock these people up. Secondly, we found out the other day, they’re actually repurposing the old Japanese internment camps that we had on this co in this country to house more migrants. So they’re literally it taking the old concentration camps and just stick and more uh, migrants in there. I can’t think of a better word to use. AOC did nothing wrong and conservatives are falling over themselves right now to appear on Fox News and condemn her and shame her for using that phrase while actually ignoring what’s really happening down there.

People are dying, children are dying. The facilities are inadequately prepared for the people they’re bringing in. They do not have adequate medical care. They’re being abused. They’ve been abused down there for years. That actually happened long before even Trump took office. There’s instances of sexual assault, children being ripped away from their parents. Both the United Nations and Amnesty International have says, have said the United States is committing massive human rights abuses with this practice. As I just pointed out, we’re breaking the law to keep them in there longer than is legally allowed. What part about calling those concentration camps actually bothers people? The truth is that it doesn’t, conservatives aren’t mad that she’s disrespecting anyone’s memory. They’re mad that she’s accurately pointing it out and putting that phrase back into the American vernacular so that we don’t end up with another situation like what happened in Germany in World War Two isn’t that the point of it?

Isn’t that why we talk about these things? Isn’t that why we point out these abuses by the federal government to prevent it from escalating? That’s the point. By trying to silence people, by trying to get them to stop talking about it and pointing out how bad it is. Your leading us down that path. You’re putting us back in that situation. Your the ones disrespecting the memory of all those who were murdered during World War II. Not People like AOC who have correctly pointed out exactly what these detention facilities are and more importantly, what’s happening to the people inside.