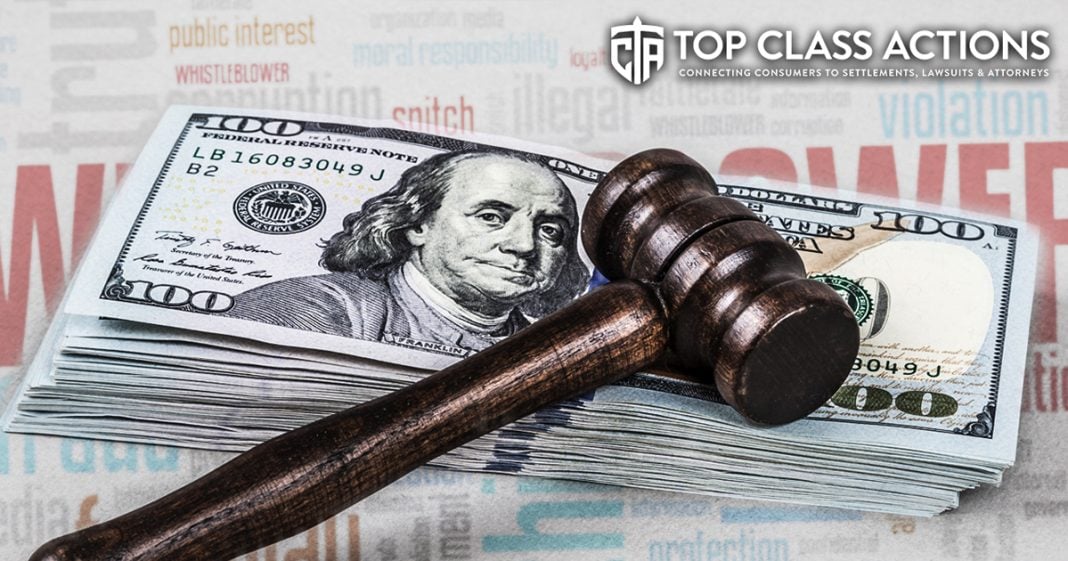 Pharmacists, billing pros, healthcare employees, financial consultants and other insiders have earned more than $1 billion in whistleblower awards. With help from employees reporting fraud in whistleblower lawsuits, taxpayers have recovered billions of dollars from companies involved in Medicare Fraud, Financial Fraud, Flawed Pharmaceutical Products, Tax Fraud, Government Contracts, Physician/Hospital Kickbacks and other misconduct. Whistle blower reports are a powerful tool to help stop fraud and help the government recover some of its losses. In exchange, whistleblowers will typically be rewarded with 15 to 30 percent of what the whistleblower lawsuit recovers. Ring of Fire’s Farron Cousins discusses this with Scott Hardy from Top Class Actions.

Farron Cousins:                  Fraud committed by corporations against the federal government is almost as old as the United States itself. This is something that’s basically been happening since this country was founded and actually had a functioning government. Immediately, business owners thought, wow, I can take advantage of that and it’s a tradition that continues to this very day except on a much larger scale. But there is a remedy, there is a way to stop these corporations from defrauding the federal government. And I’m joined now by Scott Hardy from topclassactions.com to tell us what that remedy is. So Scott, how do we stop corporations from scamming the government? Who, who’s going to do this?

So if there’s $1 million in fraud, you can get a 150 to $300,000 in theory. You know, if it’s a big, you know, if you’re a military contractor in Afghanistan and you’re a cook and you see that your company is overcharging the federal government millions of dollars to feed our troops, then hey, that could be a very big payday. But that’s the really interesting thing about these whistleblower and qui tam lawsuits is that, you know, it’s not scientists and doctors that are filing these.

No, it’s the average person that is seeing this fraud, this corporate graft and is reporting it to lawyers like, the attorneys you work with here. Those are the guys that are going after these corporations and recovering money, not just for the lawyers, not just for the government, but for the person who actually reported it.

Farron Cousins:                  You know, I remember a few years ago, in fact, we did a huge kind of series on it here at Ring of Fire with Mike Papantonio and Bobby Kennedy Jr, on, on qui tam and whistleblower cases. But it began talking about a case that had just been settled by the federal government. A whistleblower brought it forward and it resulted in more than $300 million against this company that had been defrauding the government. So that particular whistleblower got anywhere between 15 and 30% of that $300 million.

And this was just the average employee at that group who happened to stumble upon the documents or the receipts or whatever it was, and say, wait a minute, we’re, we’re overcharging the government here. We’re not doing what we say we are. This is absolute outright fraud. And now that person gets to sit on millions upon millions of dollars just because they did the right thing. I mean, these are big rewards in most instances for the people willing to come forward.

Now, let’s be clear about this though. There’s also a lot of risks and that’s one of the reasons whistleblowers are sometimes reluctant to come forward because if you know, the company finds out, they do retaliate against employees. We’ve discussed that on Ring of Fire plenty of times. So it is dangerous. But at the same time, these people who are brave enough to come forward, the government will do their best to take care of you, to protect you, and to make sure that this fraud committed by whatever corporation you’re, you’re, you’re dealing with here doesn’t happen again in the future.

And as you pointed out, one of the most common places we see this is hospitals and doctor’s office. And people may think, well, wait a minute, how are they doing it? Well, they’re doing it through Medicare. They’re doing it through Medicaid. They’re up billing, they’re charging for services that they never even performed. And in some cases we’ve seen, they’re actually saying they’ve performed all of these tests on a patient that actually died a while ago.

Just that the government didn’t realize that yet. So they say, oh no, no, no, no. This person who died last week, we had done a cat scan, we took a bunch of x rays, we gave them an MRI. We had to, you know, do all kinds of stuff to them. So you owe us an extra $20,000 Medicare and it’s completely false. But because people in the hospital system catch this, the government can say, all right, you’re going to pay us back and we’re going to hit you pretty hard on this.

Make sure that if they’re reporting this fraud that they have still have a job and that they can still get paid as they’re going through this investigation process. And so it is not an easy process, but when you see this fraud, you know, that’s, that’s really why they put in this 15 to 30% award is, you know, it’s not an easy process. But if you find that graft, that corporate graft against the federal government, then you can be rewarded very nicely.

Farron Cousins:                  Absolutely and as you said, you know this, this is healthcare. This is government contractors. You know, procurement businesses for the federal government, SEC corporate fraud. You have IRS fraud. Any of those fall under these qui tam provisions, people are protected. The whistleblower can be rewarded. So if you happen to work for a company that you think may have committed any of these things, or if you have evidence of it, please follow the link in the description of this video.

Get more information, reach out to attorneys through Top Class Actions, and while you’re there, always sign up for their weekly newsletter. In my opinion, absolutely one of the best resources available for consumers to arm themselves with the knowledge to not get scammed by some of the biggest corporations in this country. Scott Hardy, Top Class Actions. Thank you very much for talking with us.