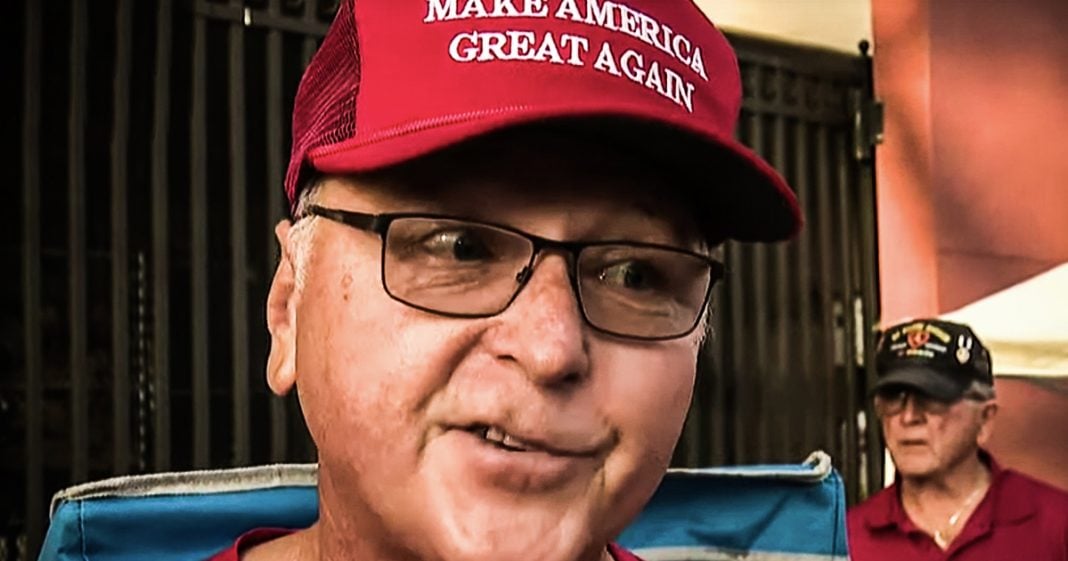 The Orlando Sentinel Editorial Board announced their official presidential endorsement for 2020 – Anybody but Trump. The traditionally-conservative paper (though they have endorsed 3 Democrats) said that Trump is a stain on American history and that America has to do better. They spelled out all of his issues and problems for everyone to see, and hopefully Florida voters will pay more attention to the paper than to Trump’s disgusting rally this evening. Ring of Fire’s Farron Cousins discusses this.

Well folks, Donald Trump is officially announcing his reelection campaign today at a rally in Orlando. And if you’ve been paying attention to the news or even the president’s tweets, you’ve actually had people camping out for like a day and a half or even two days to see Donald Trump’s speech down there in Orlando, Florida on the same day today, the Donald Trump has giving this massive, I am running for reelection in 2020 speech, the largest paper in central Florida. The Orlando sent no, came out with their presidential endorsement for the 2020 election and their endorsement on the day that Donald Trump is giving a rally in his, in their city is as follows, anybody but Trump, this is incredibly significant. Obviously the timing of it, they did it intentionally to coincide with the day Donald Trump’s coming to their city to do this rally. The Orlando Sentinel is a highly respected and widely circulated paper in Florida. They also trend conservative. Now I know in Oh four, they backed carry oh eight, it was Obama, uh, and then, uh, 16 it was Hillary Clinton. But beyond that, they typically endorse conservatives far more frequently than they endorse Democrats. But here today, the entire editorial board has released an op ed saying, we endorse anybody but Trump.

And it’s not just a, we don’t like Trump piece. No, this was actually a well thought out beautifully written op ed that I encourage everybody to go read and circulate it widely. Uh, leaks in the description of this video, by the way. But, but honestly, absolutely one of the best written pieces about Donald Trump, it’s succinct. It’s to the point and it spells it out perfectly. I’m going to read you a couple of excerpts here. First of all, after two and a half years, we’ve seen enough, enough of the chaos, the division, the school yard insults, the self aggrandizement, the corruption, and especially the lies. So many lies from white lies to whoppers told out of ignorance, laziness, recklessness, expediency or opportunity. They then go on to mention that the Washington Post has pegged his lies at over 10,000 in a little under two and a half years. They can send you here. Trump’s successful assault on truth is the great casualty of this presidency, followed closely by his war on decency, Trump and salts, political opponents and national heroes alike with middle school taunts. He demonstrates no capacity for empathy or remorse. He misuses his office to punish opponents.

Now, those are actually the characteristics of associate path, by the way. And yet here is this editorial board saying, this is exactly what Trump is, and they’re not wrong. All of these assessments are 100% correct. Uh, they go on to talk about his accomplishments, right? Because he loves to tout that they’re like, yeah, the s and p was up 21% between Trump’s inauguration and May 31st of his third year in office during Obama’s, uh, same time in office. It was up 56%.

So yeah, Trump’s bragging about how great it’s doing under him, but technically he was doing better under Obama. Same thing with unemployment. Yeah, unemployment’s down, but it also declined for seven straight years under Barack Obama. Obama put the wheels in motion. Donald Trump is just clumsily trying to steer the car at this point. And he’s not doing that good of a job. So all of those accomplishments that he likes to brag about, those are actually accomplishments that Obama put in motion. Now, that’s not to say that this is Obama’s economy anymore. It is not, but it certainly wouldn’t be what it is today if it hadn’t been for the policies that happened during the Obama years. And they end on this note. They say the nation must endure another one and a half years of Trump, but it needn’t suffer another four. Beyond that, we can do better. We have to do better.

And to me that is absolutely one of the best statements about Donald Trump. We can do better. There’s better people out there, but all those people lined up for his rally, the one sleeping out there on the sidewalks, in tents for two days for no reason for rally. They already probably had tickets for. Yeah, it makes no sense. But neither do Trump’s supporters. Those people want another four years held. Those people would probably take another six or eight or maybe even president for life. But those are the people that we have to convince and make them understand that this is not how the United States is supposed to work. This is not how things are supposed to be, and this man has absolutely conned you and therefore initiated you into a cult of Donald Trump, and we are just trying to help you escape.